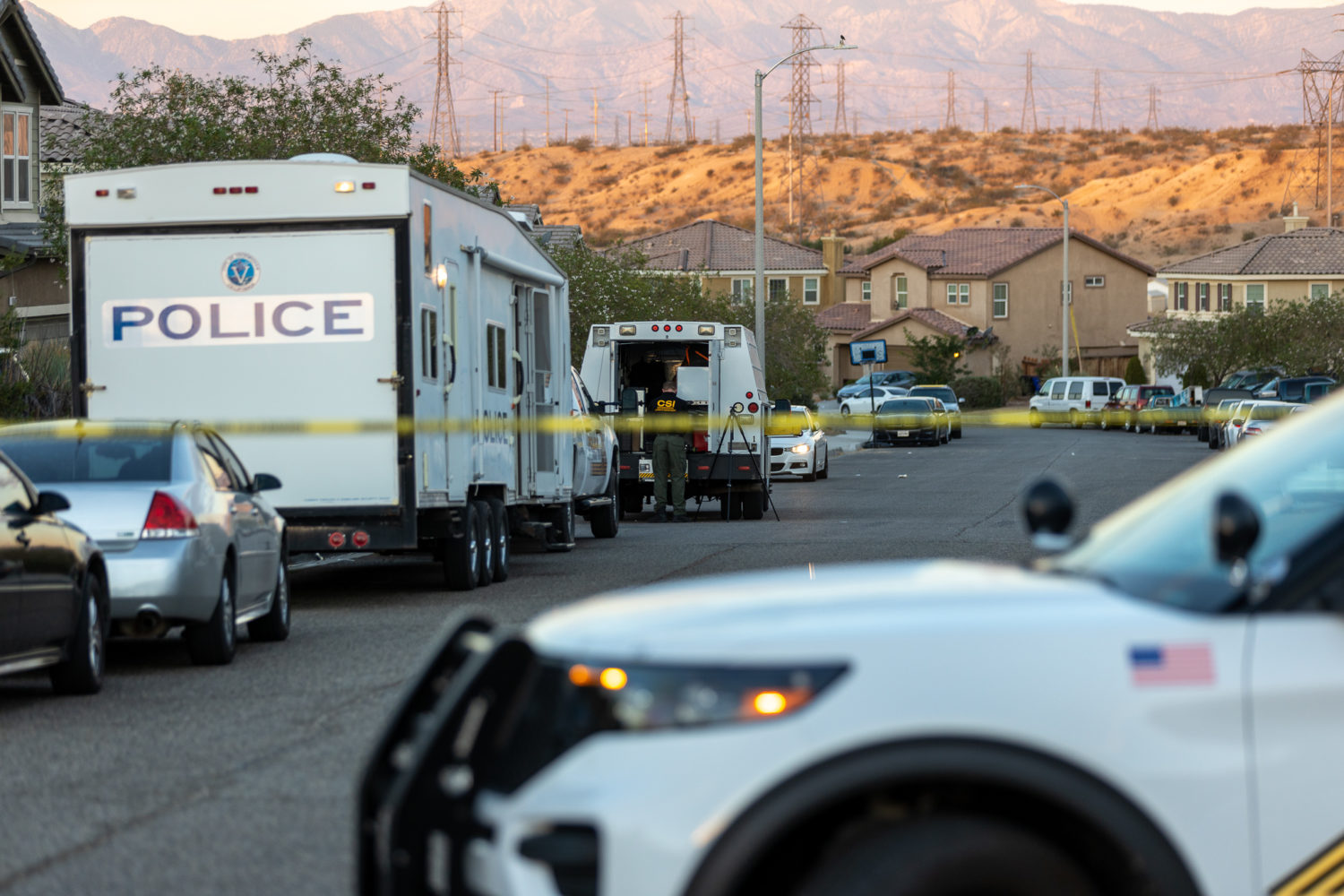 VICTORVILLE, Calif. (VVNG.com) — Authorities identified the 17-year-old victim killed at a house party in Victorville as Jamari Tyson and arrested the suspect responsible for his murder.

On Sunday, June 27, 2021, at approximately 12:14 am, deputies from the Victorville Police Department responded to the 17000 block of Jurassic Place, following the report of shots heard.

Deputies arrived and located Tyson, lying on the sidewalk suffering from an apparent gunshot wound and he was pronounced deceased at the scene.

According to a sheriff’s news release, “investigators learned that several subjects were attending a party and were involved in an argument prior to the shooting.”

Investigators were able to identify the suspect as 19-year-old Novel Shawntrell Williams, a resident of Victorville, and issued an arrest warrant for murder.

Deputies from the Specialized Enforcement Division were requested to assist in the investigation in locating the suspect.

At approximately 3:52 pm, with the assistance of the Specialized Enforcement Division, Williams was found at a residence in Victorville.  He was transported and booked into the High Desert Detention Center for PC 187 Murder.

Sheriff’s officials said no additional information is available for release at this time.

The investigation is ongoing, and anyone with information or anyone who may have witnessed the incident is asked to contact Detective David Carpenter, Specialized Investigations Division – Homicide Detail, at (909) 387-3589. Callers can remain anonymous and contact WeTip at 800-78CRIME or www.wetip.com.

Related Article: One dead in shooting at Victorville house party