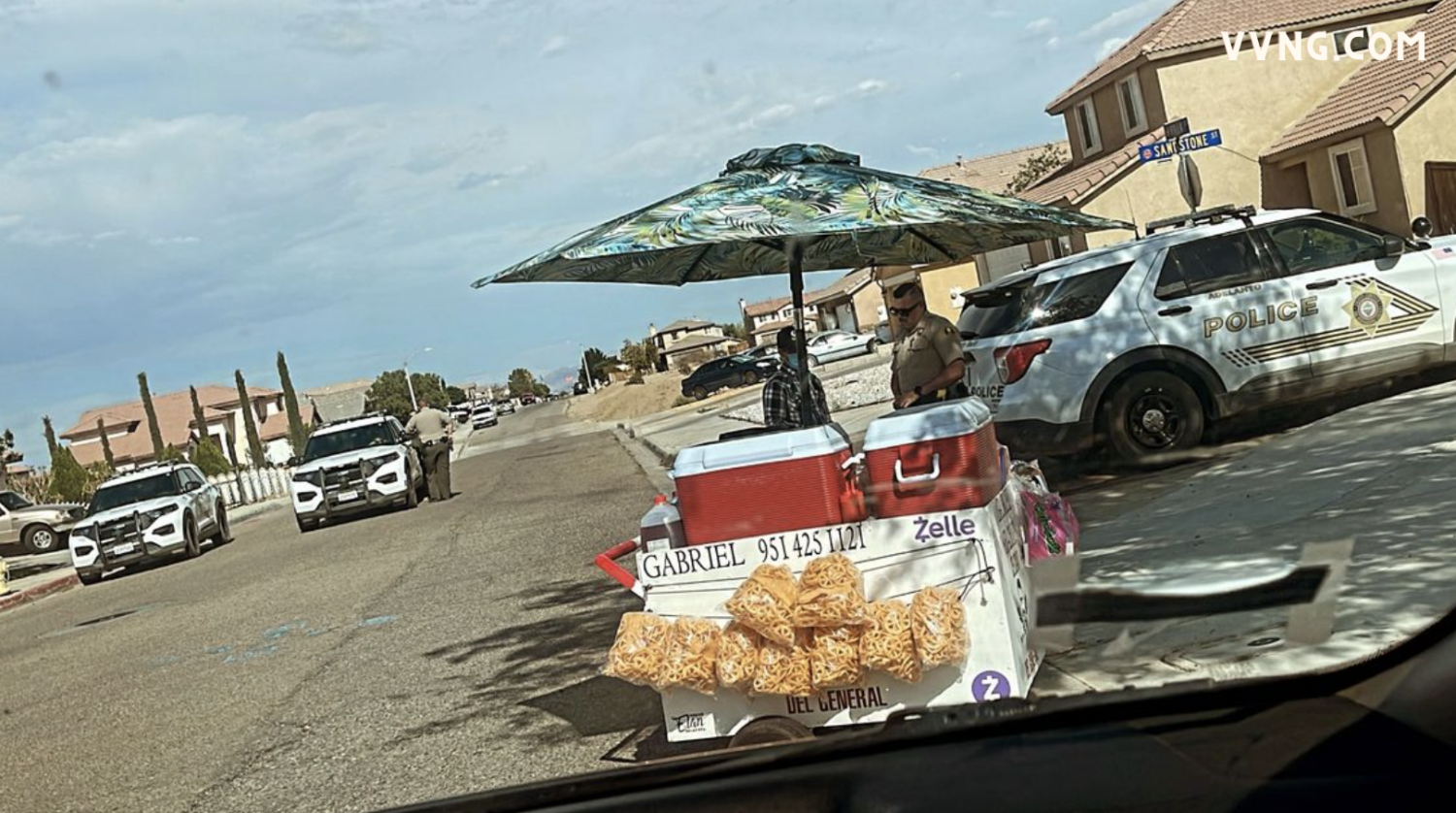 ADELANTO, Calif. (VVNG.com) — A 17-year-old was arrested after robbing a street vendor more commonly referred to as the “Elote Man” in Adelanto.

Sheriff’s spokeswoman Mara Rodriguez told VVNG the teen suspect approached a street vendor and asked him to make change for a larger bill.

“When the vendor/victim took money out for change, the suspect grabbed the vendor’s money and fled on foot. The suspect was located in a yard nearby and taken into custody,” stated Rodriguez.

The spokeswoman said the vendor was not injured and the suspect was booked at the High Desert Juvenile Hall for robbery.