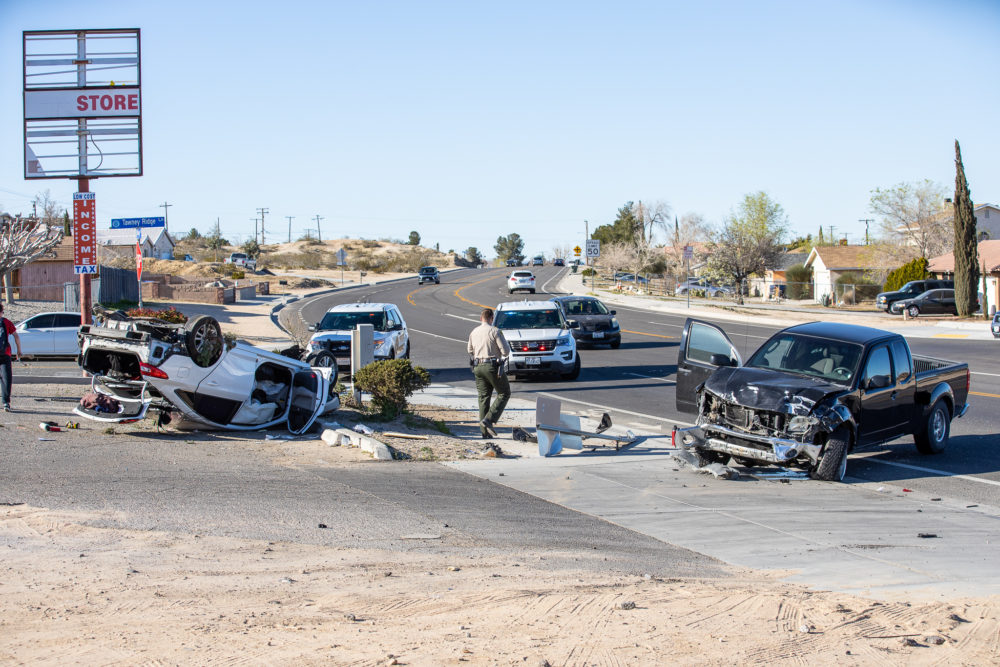 The two-vehicle crash was reported at 3:12 pm, on March 3, 2020, at the intersection of Village Drive and Tawney Ridge Lane in Victorville.

A black Nissan Frontier traveling northbound on Village Drive collided into the passenger side of a white four-door sedan that overturned and landed in the parking lot of the corner liquor store.

The female driver in the sedan was trapped and required extrication from the vehicle. Victorville City Fire responded to the scene and used the jaws of life to free her from the mangled vehicle.

The driver of the pickup truck told Victor Valley News he had just gotten off work and was heading home when the crash happened.

Many of the residents in the area expressed their concerns and frustrations about needing a cross-walk or a traffic signal at the intersection that’s notorious for major accidents.

The teen’s mother spoke to VVNG and said her daughter was on her way to First Lutheran Church, where she is a member. “This is a deadly intersection, someone’s going to have to die here before the city decides to do something,” stated the mom.

The official cause of the crash is under investigation by the Victorville Police Department. Anyone with information is asked to call 760-241-2911.

No local coronavirus cases in the Victor Valley