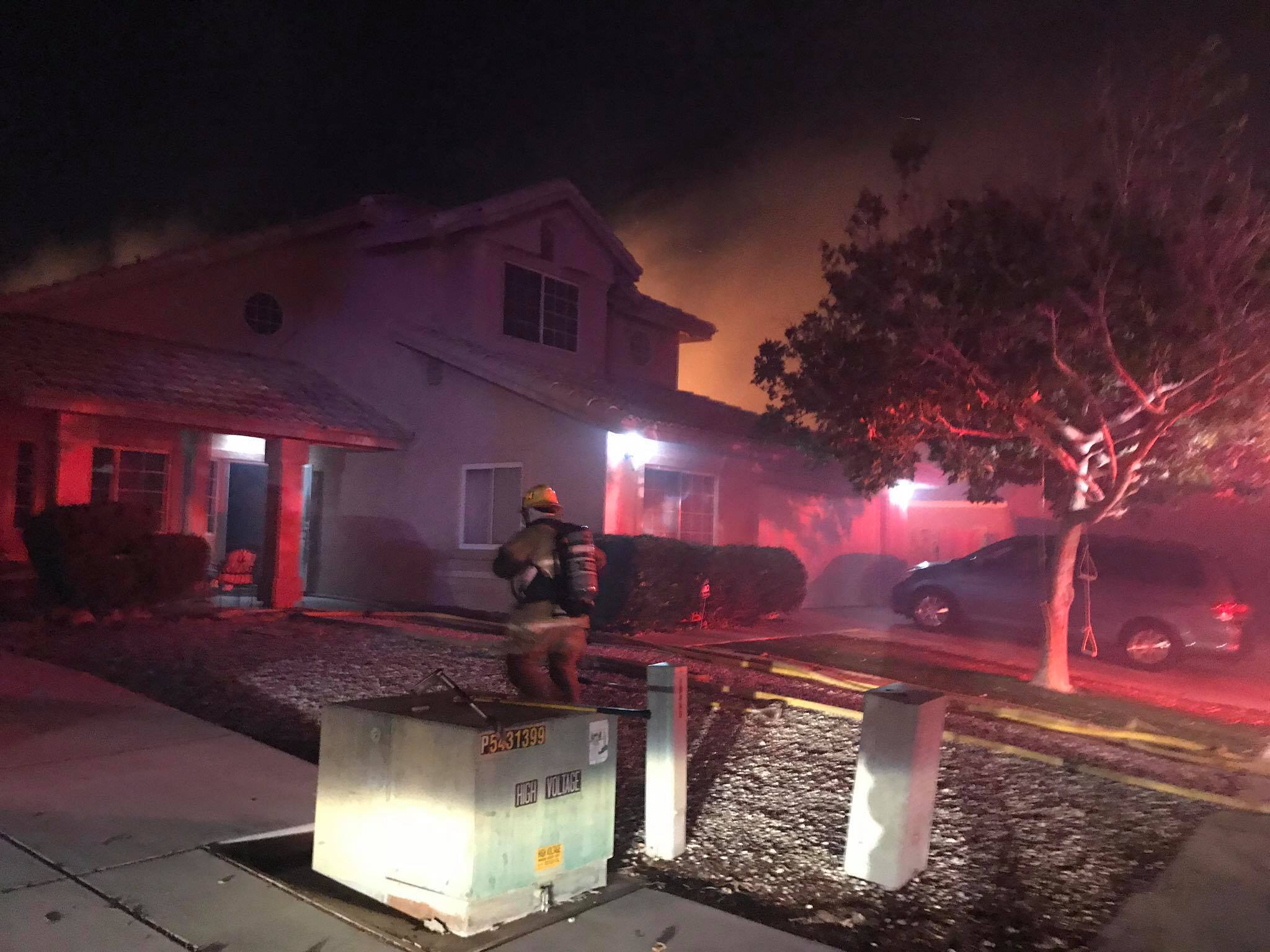 At about 10:30 pm, firefighters were dispatched to the 13000 block of High Crest Street in Victorville and found heavy smoke and fire from the rear of the residence.

Lori Coscino, a neighbor, told Victor Valley News she heard what she thought was fireworks.

“I heard loud pops and thought they were fireworks until I looked outside. My dog was going crazy, it sounded like fireworks were going off over my roof it was that loud,” Coscino said.

When Coscino stepped outside she witnessed heavy smoke and fire coming from her neighbor’s backyard. She called her neighbors and the fire department immediately.

Firefighters made access to the rear of the home to find a patio well involved with fire that had extended into the kitchen and living room. Fire was showing from multiple windows on the first story.

Vehicles were found in the front driveway along with initial crews receiving conflicting reports on the status of occupants. An offensive attack was initiated with priorities to search for any trapped victims.

Crews encountered zero visibility conditions with significant heat inside the structure. Truck crews ventilated from the roof above to clear conditions inside which helped clear the primary and secondary search. No injuries were reported by civilians or firefighters.

Firefighters had the fire under control in approximately 30 minutes. Fire spread and damage was limited to the rear patio, kitchen and living room. Significant smoke and heat damage was sustained on both floors.

Two truck companies, three engines, one chief officer, and one investigator for a total of 17 personnel responded to the incident. No damage estimates were available at the time of release, the cause remains under investigation.

The San Bernardino County Fire Department reminds County residents to always have a home escape plan as well as planning for wildfire evacuations. For more information on these topics please visit www.sbcfire.org

21-year-old woman killed in rollover crash on I-40