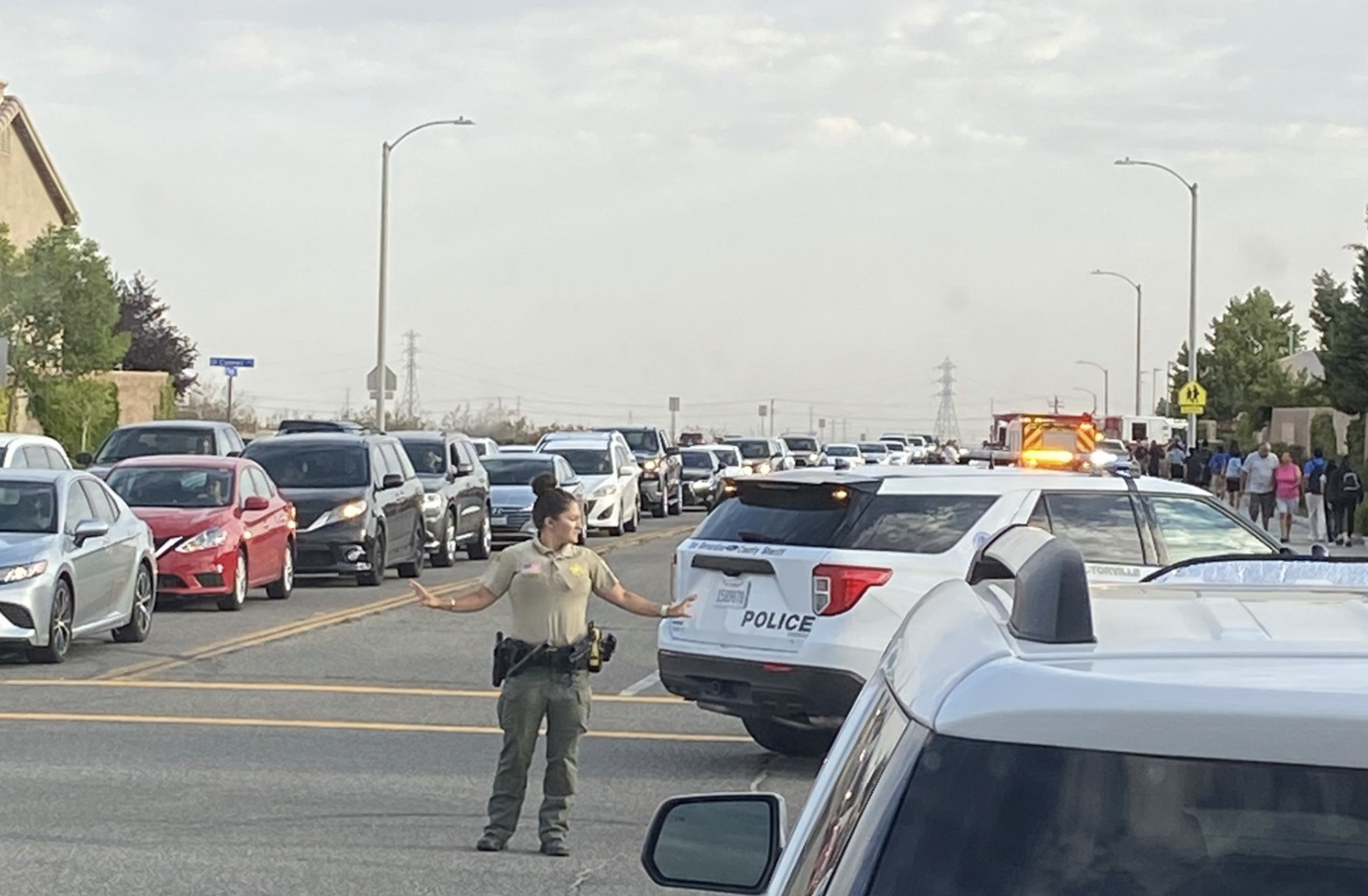 VICTORVILLE, Calif. (VVNG.com) — No serious injuries were reported after a 16-year-old boy was struck by a pick-up truck near Cobalt Institute of Math and Science (CIMS) Wednesday morning.

It happened at about 7:16 am, on August 11th on Topaz Road Arvila Drive in Victorville.

Sheriff’s spokeswoman Mara Rodriguez told VVNG the young male ran into the roadway, between cars that were stopped in the roadway leaving the school area and into the path of a Ford pickup truck.

“The driver was going approximately 15 mph and was unable to stop in time and hit the boy,” stated Rodriguez.

Rodriguez said the boy was not seriously injured and was transported to the hospital for evaluation and treatment. “He complained of some pain to his side and had some redness to one arm.”

The driver of the truck involved stayed at the scene and cooperated with deputies conducting the investigation.

Many parents with students attending CIMS voiced their concerns in the VVNG Facebook group over the lack of traffic control and the need for a crossguard for the area.

“This Intersection needs a crossing guard. I sure hope he is OK. [IT] gets so hectic in that area, the cars don’t wait to let the kids cross, the kids don’t wait for cars to cross it’s chaotic. I drop off my kids a block away on the side they don’t have to cross to avoid this, ” stated VVNG member Sylvia Meyer.

Member Terry Westlake commented and said she believes part of the problem is that everybody has to drive in cars and it’s very difficult to drop that many children off from each car. “People don’t carpool anymore and nobody walks to school. When I pick up my grandson I park across the school and walk over to get him. I don’t get in that long line of cars,” she stated.

Rachel Marie said she was a parent and aunt of children that have gone to the school for a total of eight consecutive years. Rachel feels the city should get involved and make Topaz Road go all the way through and install a signal crosswalk.