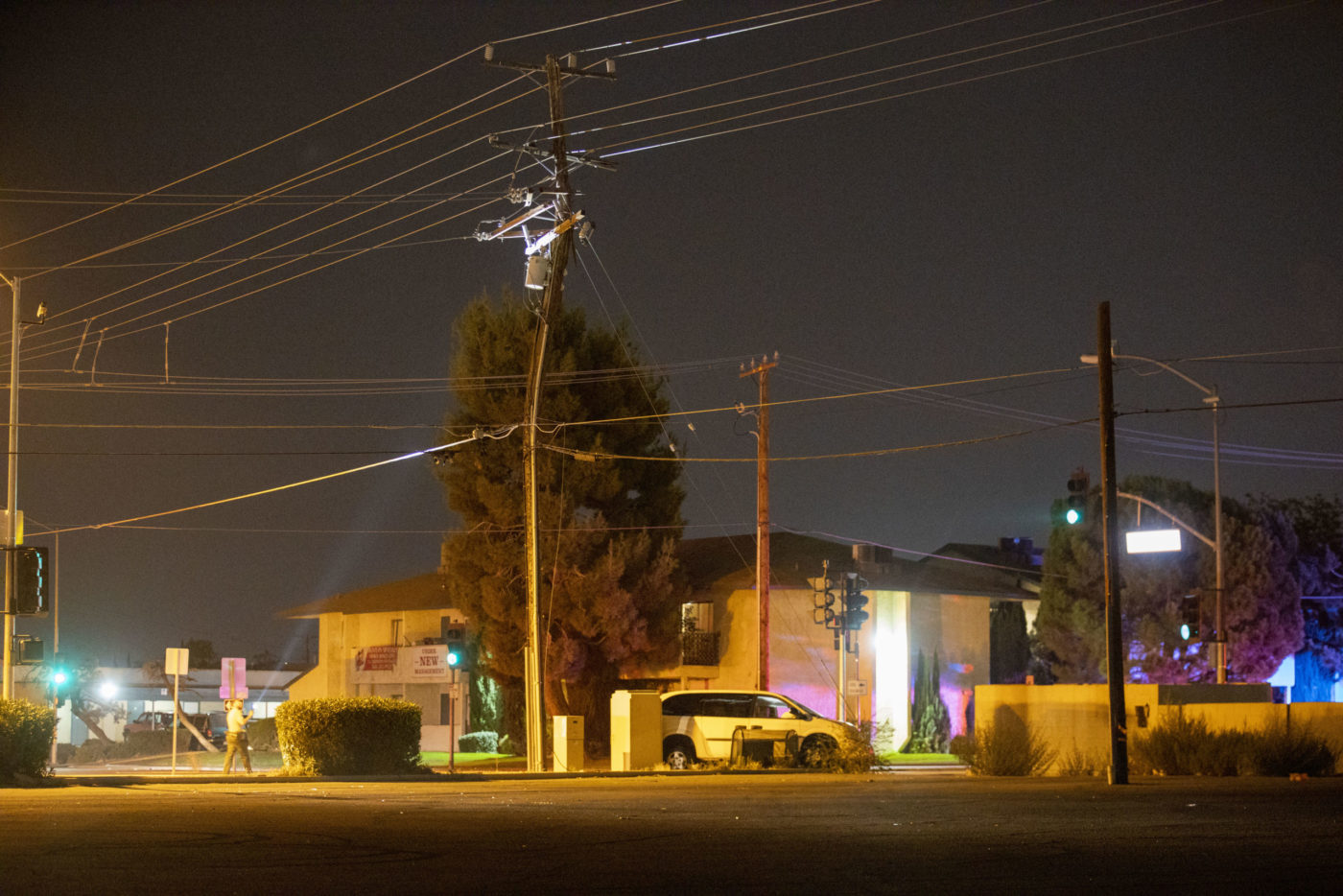 VICTORVILLE, Calif. (VVNG.com) — An unlicensed 16-year-old teen was issued a citation after he was involved in a couple of traffic accidents as he drove under the influence, officials said.

Sheriff’s officials said the male teen was driving a white 2003 Caravan when he ran into the rear of a 2020 Kia stopped at a red light at the intersection of Seneca Road and La Paz Drive.

“As a result of the collision, the Caravan hit a light pole guide wire that runs from the top of the light pole to the ground. This caused damage to the light pole and resulted in a power outage in the area,” stated a news release.

During the investigation, another vehicle came upon the scene of the collision and recognized the Caravan as the same vehicle that had hit theirs, minutes earlier at Seneca Road and Hesperia Road.

The reporting party told police that after colliding with their vehicle, the driver of the Caravan did not stop at the scene and continued west on Seneca Road. The damage to the other vehicle was minor and the occupants were not injured.

According to the news release, “the 16-year old driver displayed signs of being under the influence of alcohol or drugs and was transported to a local hospital for evaluation. He was issued a citation for hit and run, driving without a license, and driving under the influence and was released to his parents. Toxicology results are pending.”

Southern California Edison employees responded to repair the damaged wooden pole. And the 33-year old female driver of the Kia was not injured.

Anyone with information about this investigation is asked to contact Deputy J. Mata at the Victorville Police Department at (760) 241-2911 or Sheriff’s Dispatch at (760) 956-5001. Callers wishing to remain anonymous are urged to call the We-Tip Hotline at 1-800-78CRIME (27463) or you may leave the information on the We-Tip website at www.wetip.com.