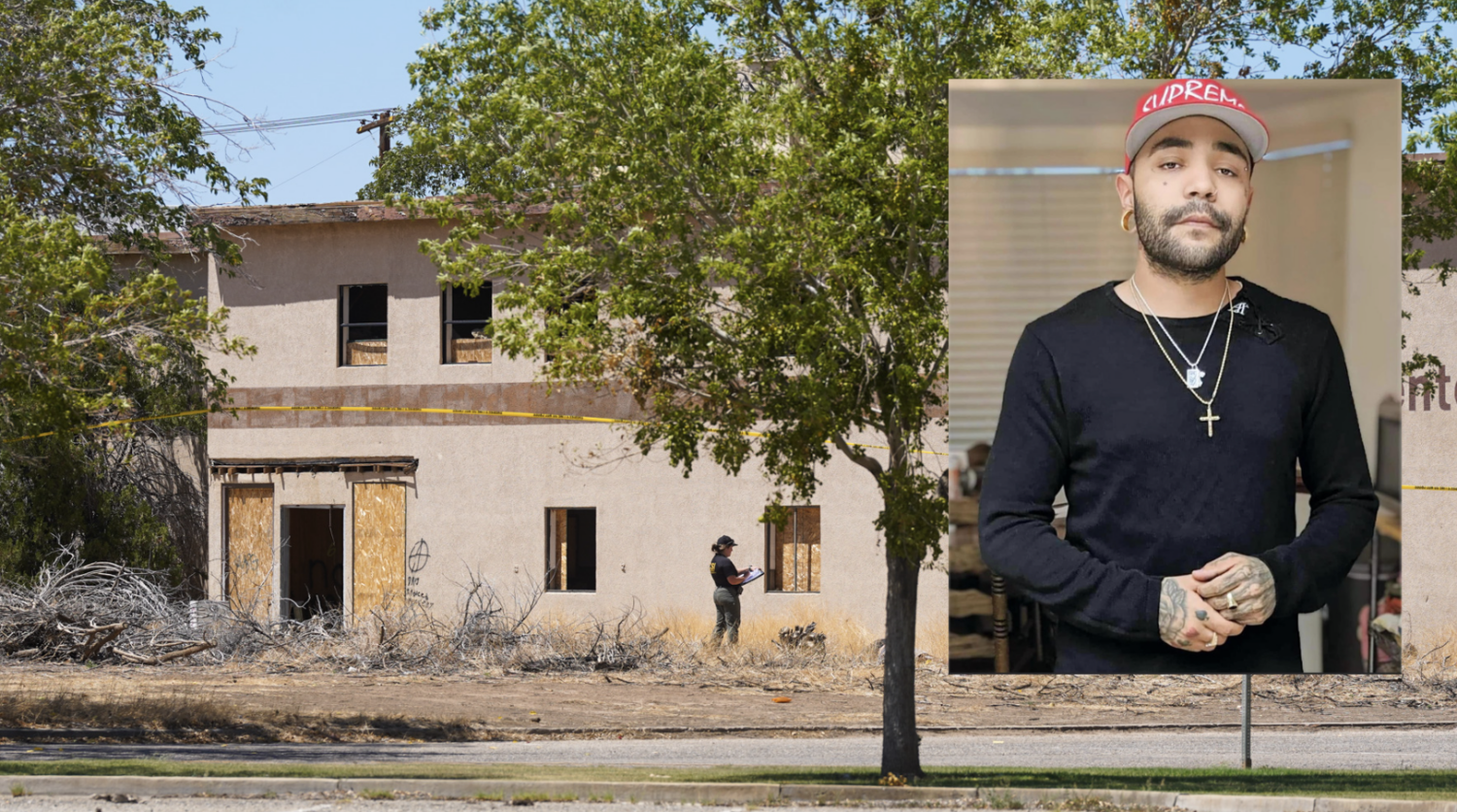 VICTORVILLE, Calif. (VVNG.com) — A 16-year-old from Apple Valley was arrested for the murder of a man found deceased near an abandoned building at the old George Air Force Base in Victorville.

On Sunday, August 28, 2022, 30-year-old Jeremy Snowden, a resident of Apple Valley, was reported missing by family members, and a missing person investigation was initiated by deputies from the Apple Valley Police Department.

Later that evening, at about 8:20 pm, Jeremy’s mom posted in the VVNG Facebook group pleading with the community to help find her son’s whereabouts. She said her son was driving a Honda Pilot and surrounded by some unknown people. Her last conversation with Jeremy was at 4:00 am, and that it wasn’t like him not to come home.

At about 10:12 pm, on August 28th, Victorville City Fire responded to a vehicle fire on George Blvd and Nevada Avenue, also within the former base. After the fire was knocked down the vehicle was towed away from the scene. Victorville police responded to the incident and the call was logged as a 451- Arson investigation.

Sheriff’s spokeswoman Mara Rodriguez told VVNG deputies responded to the car fire and found the vehicle fully engulfed. Rodriguez said the incident was found to be unrelated to the homicide. “No identification has been made on the car due to the extensive damage the fire caused,” stated Rodriguez.

At about 1:20 am, on August 29th, a family member posted in VVNG and said Jeremey was still missing and they last heard from him at about 4:00 am. According to the family member, Jeremy’s last words were “they’re trying to take grandma’s car and want to blast me.” They also confirmed the vehicle was found abandoned near the base and was taken to the impound yard.

Sheriff’s officials said that on August 29th at approximately 6:00 a.m., Snowden was located by deputies, deceased near an abandoned building in the 200 block of George Boulevard. Officials said Snowden suffered from multiple gunshot wounds.

The Sheriff’s Specialized Investigations Division – Homicide Detail responded to the location and assumed the investigation. Detectives identified the suspect as a 16-year-old male juvenile from Apple Valley, and an arrest warrant was obtained.

On Wednesday, August 31, 2022, at 11:45 a.m., Homicide detectives along with deputies from the Gang Intelligence Team arrested the suspect, a 16-year-old male juvenile at his residence in Apple Valley.

The suspect was arrested and booked in at the High Desert Juvenile Detention Center for murder.

Jeremy’s family launched a Gofundme account to help with his funeral expenses. The account description is from Jeremy’s mom named Valerie.

“As a single parent and due to my own medical disabilities, I am unable to afford the cost associated with his death. Tragically on Monday, August 29th my youngest son Jeremy was taken from me in the most cruel way. He was murdered in cold blood. My heart is broken, and I feel as though my breath has been taken from me. My son had a beautiful soul and his smile and eyes brought happiness to everyone who knew him. Jeremy is survived by his three children Adrian age 12, Rosie age 7, and Alex age 5. Thank you all so very much.”

Donations can be made via the following link: Family expenses for Jeremy Snowden

Sheriff’s officials did not provide a motive for the murder and said the investigation is ongoing. Anyone with information is urged to contact the Homicide Detail at 909-890-4908.

Note: The article was updated to include a response from the sheriff’s department about the vehicle fire.

Convicted felon arrested after stealing a water tank in Adelanto