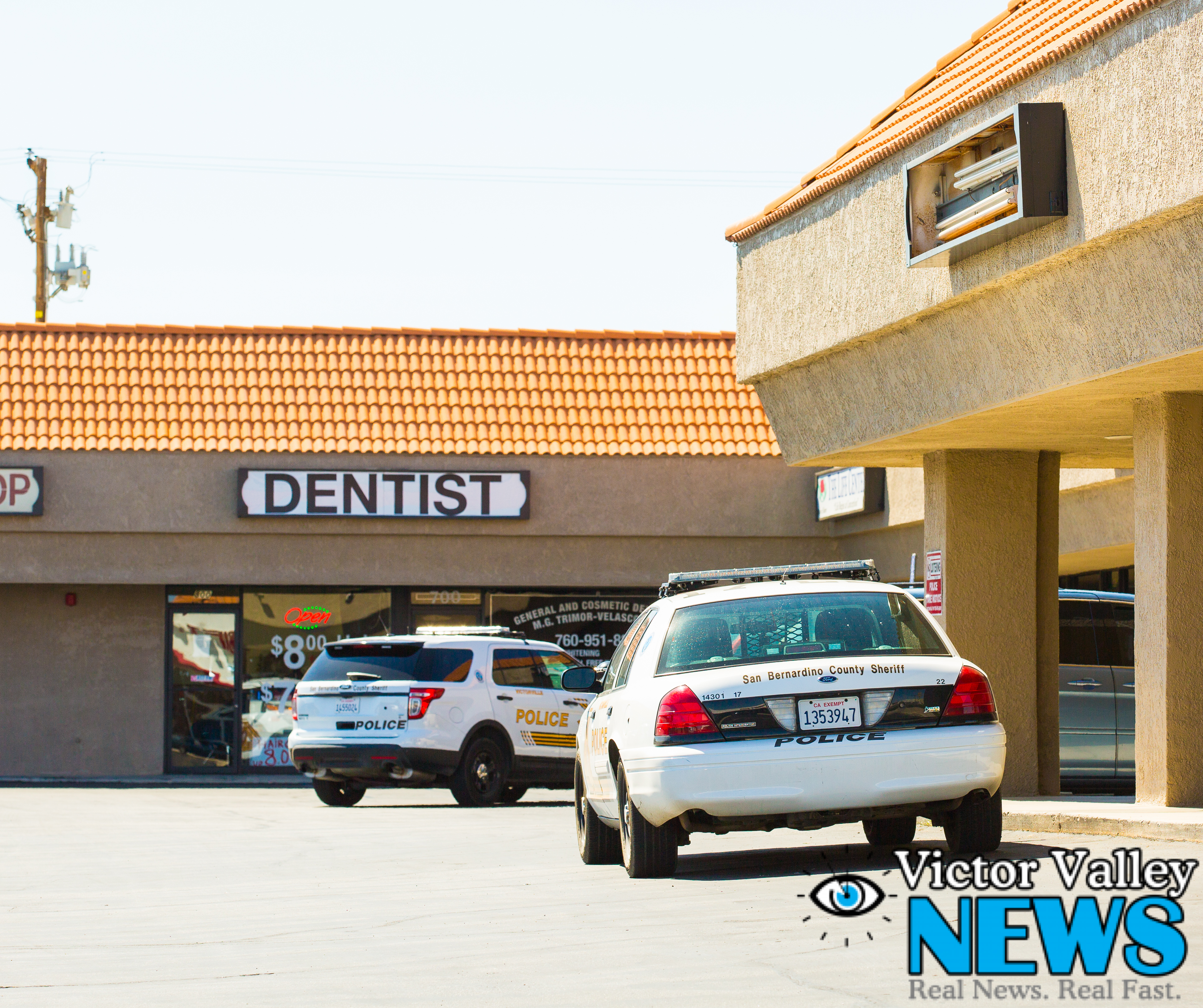 VICTORVILLE-(VVNG.com):  After the terrifying ordeal for Options for Youth Public Charter school students and staff, a 15-year-old student turned himself in accompanied by an attorney on Wednesday night. The boy, on the advice of his attorney refused to speak as he met with the detective and was subsequently arrested.

According to witnesses, the suspect and the 13-year-old male student were both there attending class. For unknown reasons, the 15-year-old student stabbed the victim several times including in his hand, arm and abdomen area.

The suspect, who was immediately identified by witnesses, fled the scene and was on the run before turning himself in. It is suspected that the he was lying in wait near the restroom for the 13-year old victim to emerge so he could attack him, stabbing him three times prior to fleeing the Downtown Victorville campus.

At this time the reason behind the stabbing is still unknown, but the 13-year-old student, who was transported to Loma Linda University Medical Center  is expected to survive his injuries.

Although the students and staff are somewhat shaken by the incident,  campus is reopened for normal business at this time. The San Bernardino County Sheriff’s Department, Victorville Station is still investigating the incident, anyone with information should call the station at (760)241-2911 or those wishing to remain anonymous can call 800-78-CRIME.

Related Article: BREAKING: Student Stabbed by Another Student at Charter School in Victorville