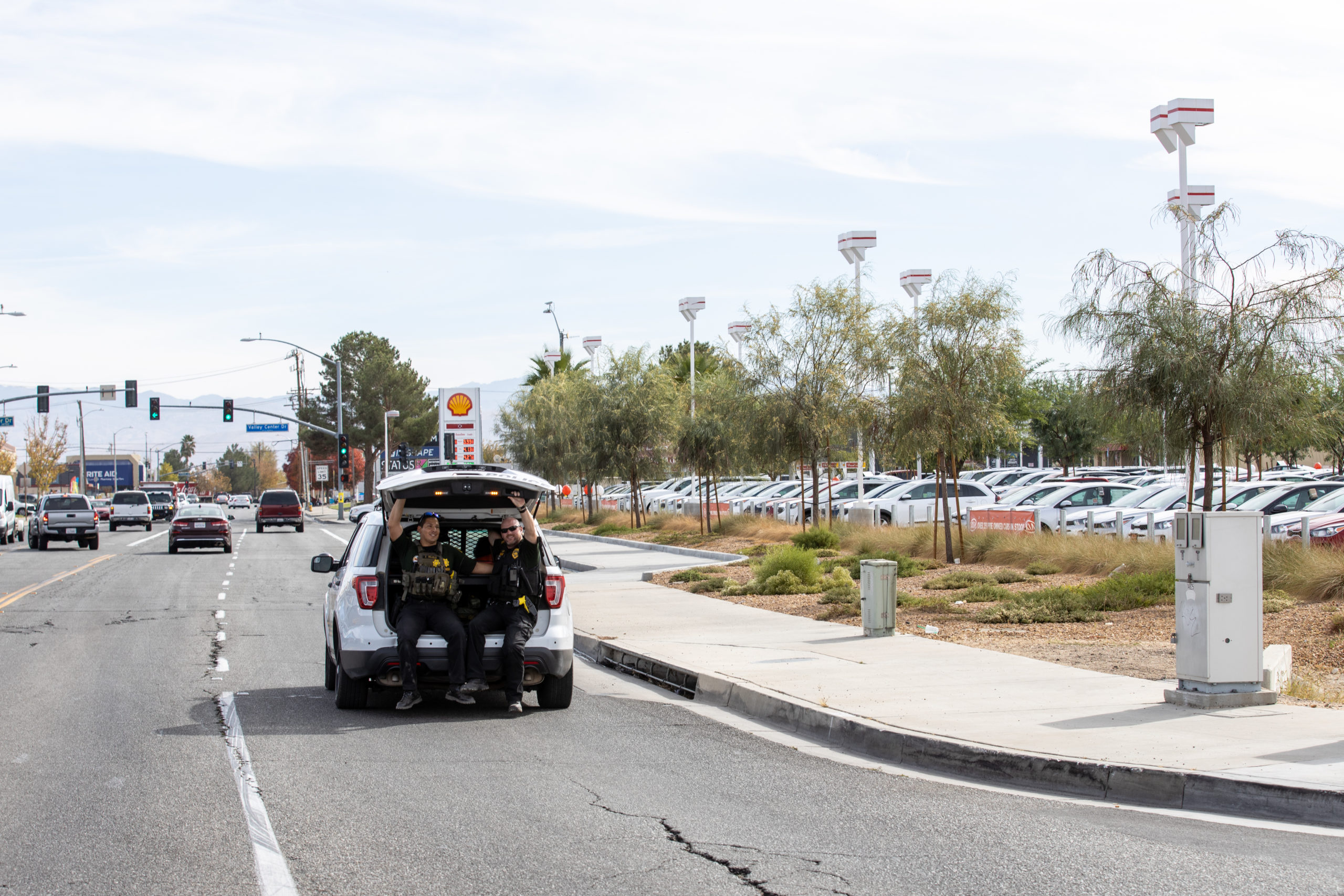 At about 10:56 am on November 13, 2019, deputy D. Jones from the Victorville Police Department was on patrol, near Amethyst and Hook, when he saw a Honda Accord matching the description of one that had been reported stolen during a high jacking in the city of Highland, officials said.

According to a sheriff’s news release, Jones attempted to stop the vehicle near Hook and Salamander. The driver of the car failed to yield, and a pursuit ensued.

“As multiple deputies and a Sheriff’s helicopter assisted, the driver of the Honda continued to drive erratically and at one point sideswiped another vehicle. The pursuit lasted approximately five minutes and came to an end on Valley Park,” stated the release.

Two passengers, 18-year-old Cameron Tugar and Nyron McKinney, 23, both residents of Victorville, were taken into custody at that time.

The driver, a 15-year old male, ran from the vehicle. He was located on the opposite side of the freeway after he emerged from the drainage ditch that runs under the freeway.

All three suspects were arrested for evading a peace officer and receiving stolen property.

Officials said the carjacking case is being investigated by deputies at the Highland Station.