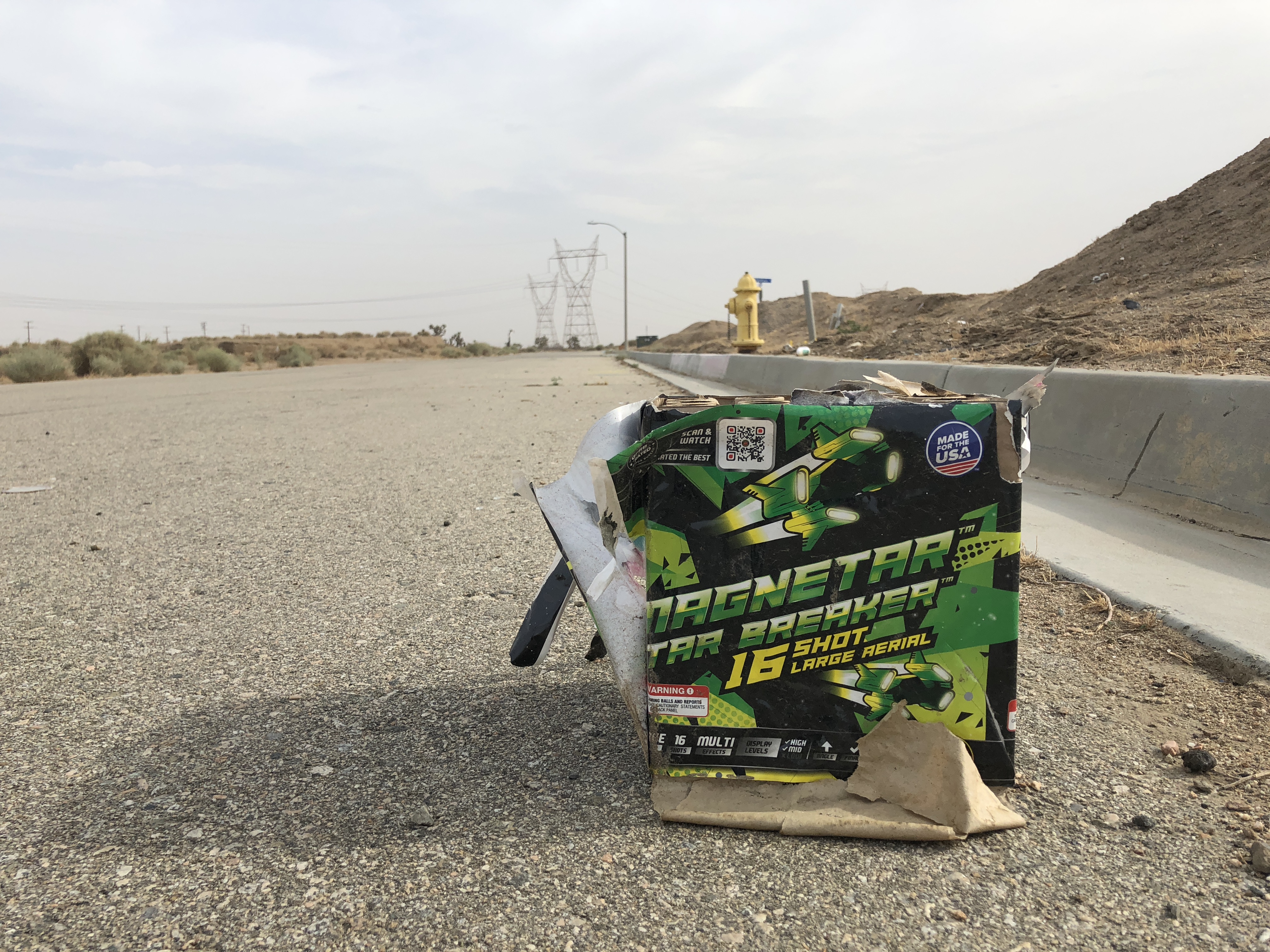 VICTORVILLE, Calif. (VVNG.com) — With the July 4th holiday still a few days away, the City of Victorville announced that its Fireworks Enforcement Task Force has already issued 15 citations with half of the citations attributable to reports received from residents via the City’s new online reporting tool.

The City created the online reporting tool two weeks ago as a more convenient and anonymous way for residents to report illegal fireworks.  “Catching someone using illegal fireworks is difficult, but armed with exact locations reported by our residents our job has become easier; and our task force has become much more effective,” said Victorville Fire Chief Greg Benson.

Residents can choose to submit reports anonymously at VictorvilleCA.gov/fireworks.  Members of the City’s task force review the reports regularly and use them to plan their sweeps and identify violators.

Victorville’s Fireworks Enforcement Task Force is comprised of Sheriff’s Department Deputies, Fire Personnel and Officers from the City’s Code Enforcement and Animal Control Divisions.  In addition to issuing 15 citations, the task force has confiscated illegal fireworks and issued fines to violators.  Additional sweeps are planned through the July 4th holiday and the next weekend.

Officials report that two fires last month are suspected to have been caused by illegal fireworks.  In addition to the threat of fire and bodily injury, fireworks can also trigger episodes of post-traumatic stress disorder in some of our veterans and cause extreme distress for pets.  Victorville residents are urged to extend courtesy to one another by adhering to the Municipal Code and refraining from illegal firework use.

All Fireworks even those considered to be safe and sane are strictly prohibited by the City’s Municipal Code, and violators will be fined up to $1,000, could receive up to six months in jail; and fireworks will be confiscated.

New this year, the City will seek recovery of response costs if a fire incident involving fireworks is linked to a specific person.

The public is encouraged to report offenders at VictorvilleCA.gov/fireworks.  Those without internet access may call Victorville Police Dispatch at (760) 956-5001.  In the case of an emergency, people should dial 911.

The City of Victorville established a similar fireworks task force last year when a fire caused by illegal fireworks engulfed landscaping in a neighborhood near Amethyst and Luna.  Building on this experience, City officials increased the work of its task force this year to further promote public safety, reduce the risk of fire and to respond to increasing community complaints about illegal fireworks.

As an alternative, City officials are encouraging the community to attend professionally-managed fireworks shows like the FREE July Fourth Celebration sponsored by the City of Victorville at the San Bernardino County Fairgrounds located at 14800 7th St.  The fireworks show will begin at 9 p.m.  Music for the show will be simulcast on classic hits station, KVFG-FM, The Route 103.1.  For more information, call Hook Community Center at (760) 245-5551.