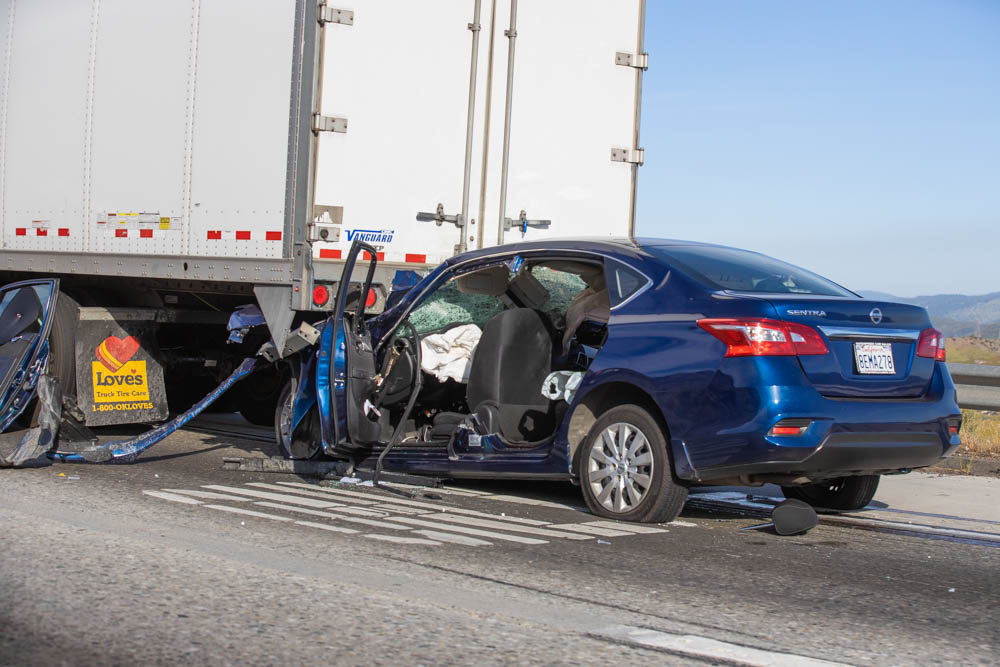 OAK HILLS, Calif. (VVNG.com) — The 15 freeway was shut down Sunday afternoon following a crash involving a woman and two children, according to the California Highway Patrol logs.

The crash was reported at 4:30 p.m., May 17, 2020, on the northbound 15 freeway between Highway 138 and Oak Hill Road and involved a blue Nissan Sentra that rear-ended the back of a semi truck.

According to scanner traffic, a female driver was trapped in the sedan, and two children were removed from the vehicle and transported by ambulance to Loma Linda University Medical Center.

Firefighters were able to extricate the female driver and requested a helicopter to land on the freeway to transport her also to Arrowhead Regional Medical Center.

CHP officials briefly shut down the freeway for the Mercy Air helicopter to land.

According to the incident logs, one of the involved children is a 13-year-boy and the other child’s age is unknown.

This is a breaking news story, please check back for updates.

Woman rescued after crashing into the aqueduct in Hesperia