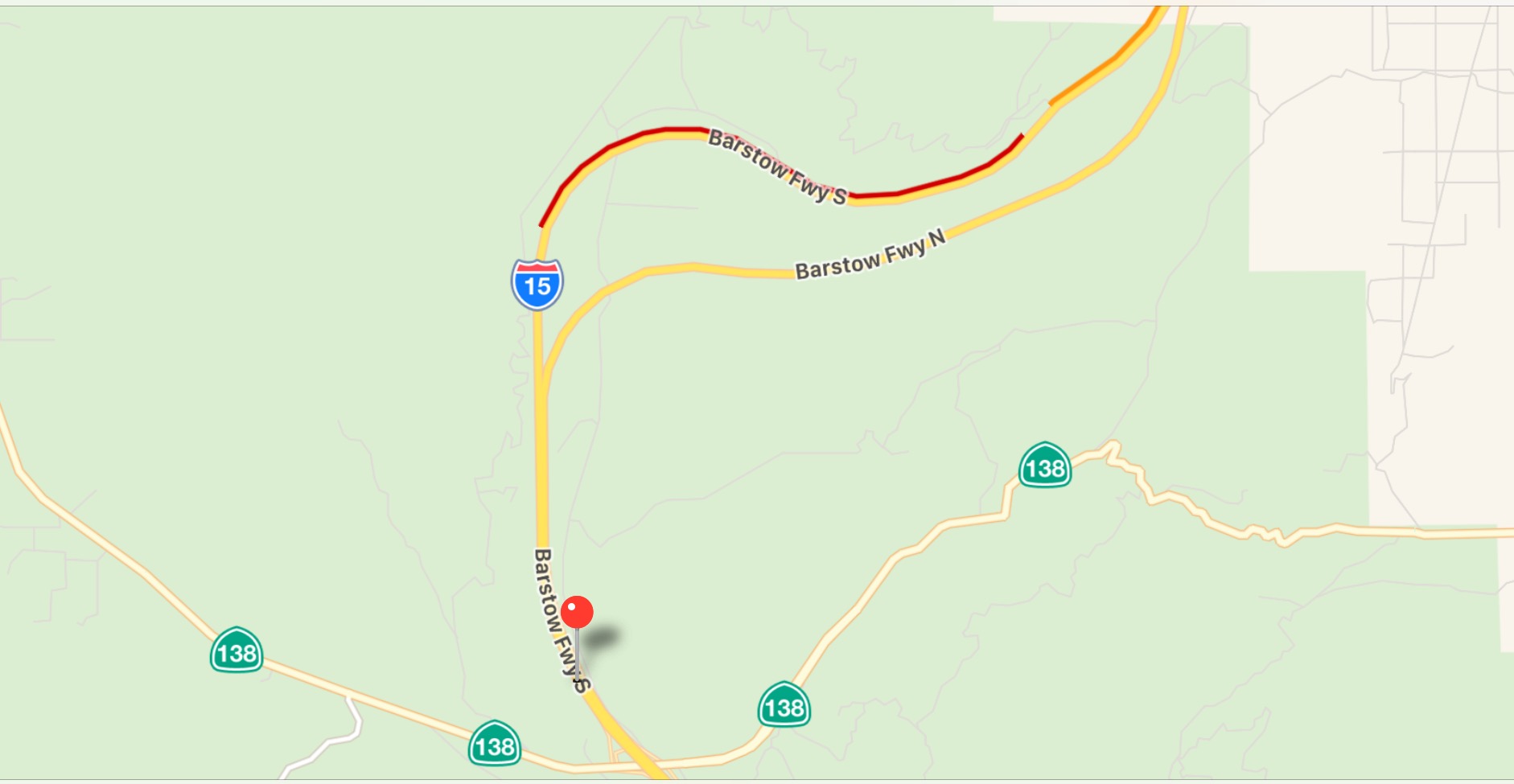 At about 4:07 p.m., a motorcyclist went down in the no. 3 lane of the southbound 15 freeway approximately 1-mile north of State Route 138.

Caltrans confirmed the No 3 & 4 lanes will be closed for an unknown duration.

Information on the rider’s injuries were not immediately available. Officials confirmed they expect the lanes to reopen at about 5:00 p.m.

Information will be updated as we receive it.