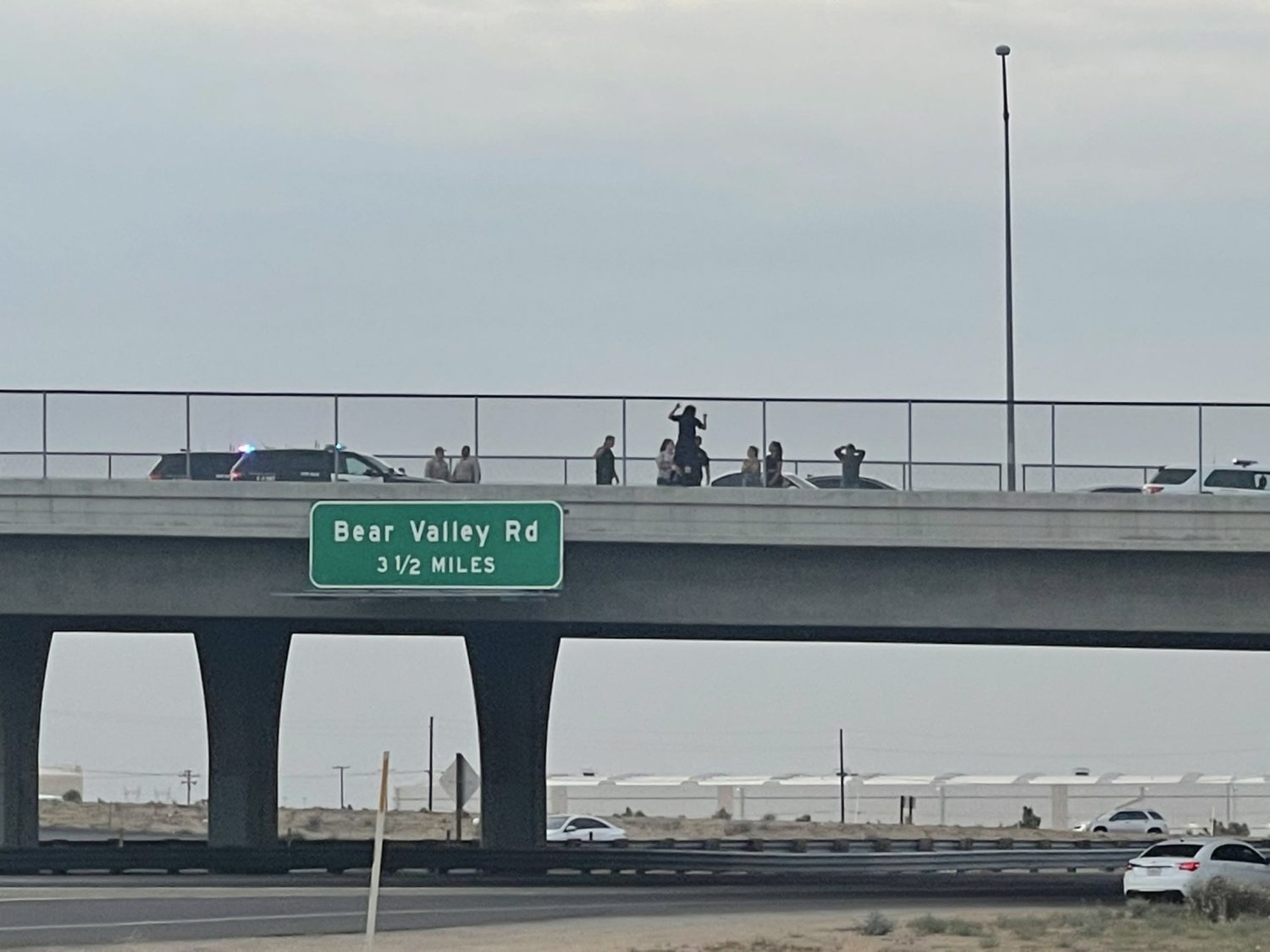 HESPERIA, Calif. (VVNG.com) — The I-15 freeway reopened after a jumper stopped traffic and was safely talked down from the Main Street overpass.

At about 7:15 pm, a female wearing dark clothing scaled over the perimeter fencing and was hanging onto the fence over moving traffic.

California Highway Patrol officers started a traffic break in both directions as they attempted to reach the individual.

Several bystanders and deputies were on the bridge attempting to convince the young woman to come down. Within a few minutes, the person started to scale the fence back towards the sidewalk and was safely taken down.

By 7:31 pm, the break was released and traffic was allowed to start flowing again. San Bernardino County Firefighters checked out the individual before she was transported by CHP.

If you’re thinking about suicide, are worried about a friend or loved one, or would like emotional support, the Lifeline network is available 24/7 across the United States call 1-800-273-8255.

Related Topics:15 freewayHesperia
Up Next