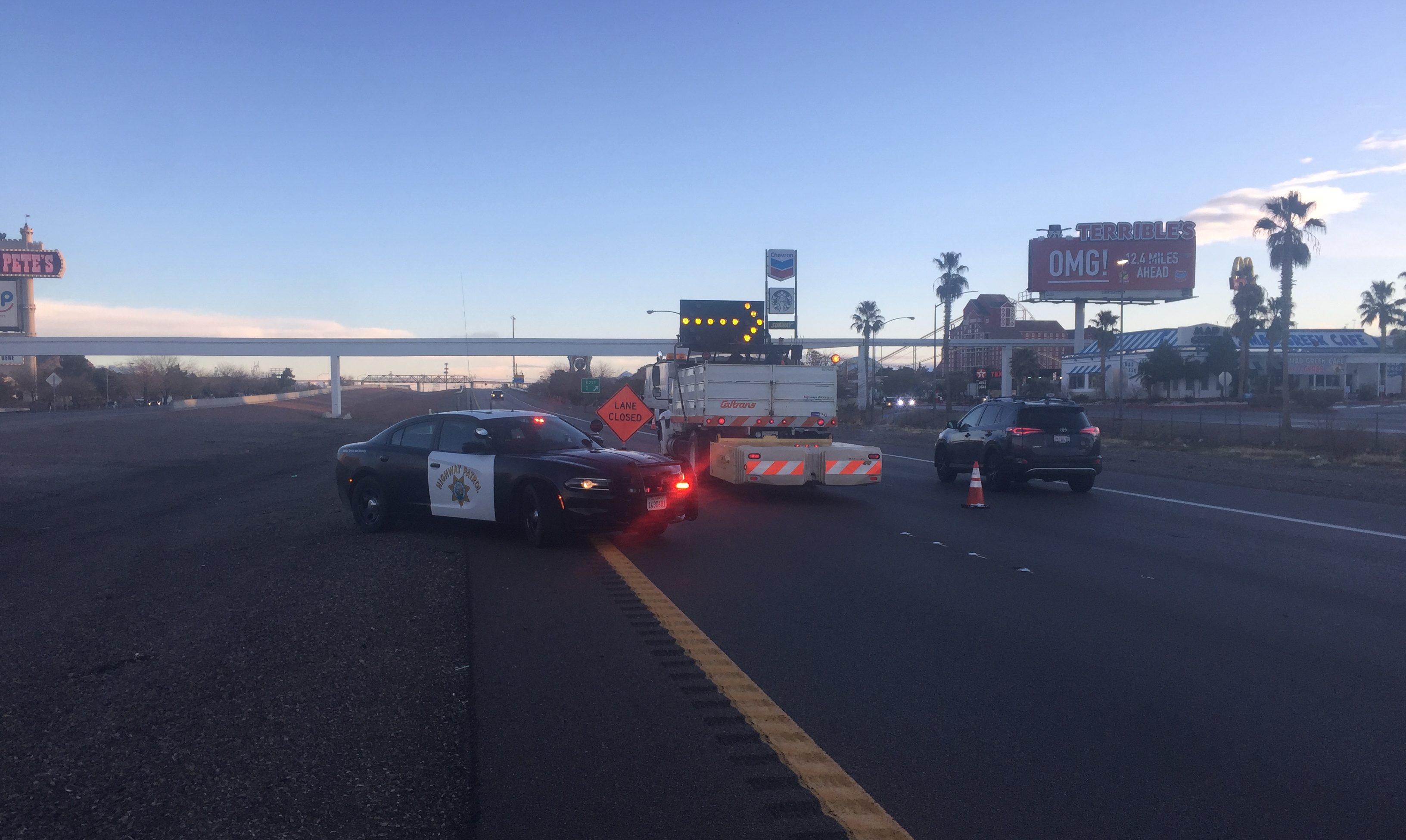 I-15 STATELINE UPDATE @ 10:00 AM – All Northbound and Southbound lanes are now open.

NEVADA, Calif. (VVNG.com) — Heavy snow and icy conditions prompted officials to shut down the I-15 freeway near the CA-NV border on President’s Day Monday.

“The I-15 is closed between St. Rose Parkway and Jean due to road and crashes,” stated the National Weather Service Las Vegas in a tweet.

According to a tweet from Caltrans District 8 at 6:17 am, the estimated time of re-opening the freeway is 2 to 3 hours.

Authorities are urging motorist to shelter in place. “Although I-15 is closed at Nevada Stateline you can exit at Primm in Nevada and hold in place until any further openings,” officials said.