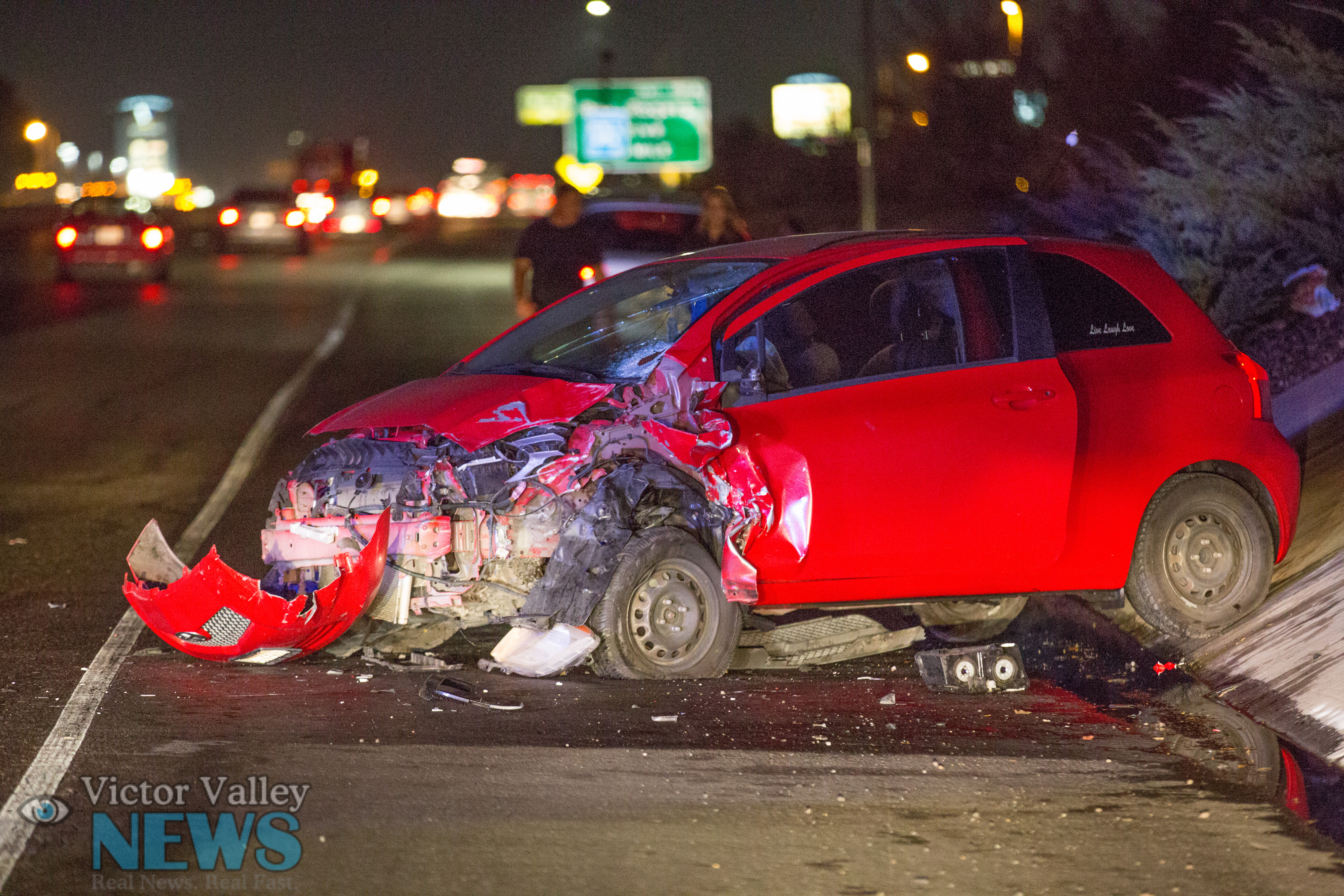 The accident occurred at 10:09 P.M. after a black Chevy Silverado lost control while attempting to enter the Palmdale Road on-ramp.

According to CHP incident logs,  a red Toyota Yaris then collided into the black pick-up truck and sustained major front end damage and veered into the right shoulder. The black truck remained in the middle of the freeway blocking several lanes of traffic.

A female occupant reported leg injuries, but was able to exit her vehicle. Most lanes re-opened after the vehicles were moved to the right shoulder.

As a reminder, roads are more slippery after the first rain due to oil on the roadways, which the Victor Valley experienced some light rain today. Be sure to check your treading on your tires to ensure they are not balding.