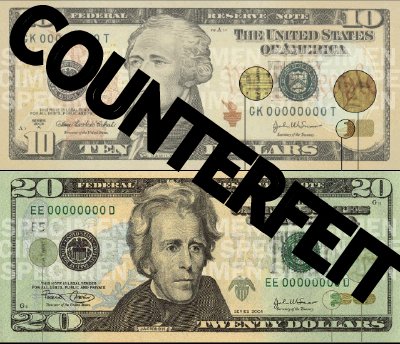 VICTORVILLE:(VVNG.com)- On June 1, 2015, Deputies responded to Wal-Mart on Amargosa Road to a report of several subjects in a U-Haul van acting suspicious. The reporting party advised two males were inside the vehicle and another entered Wal-Mart.

Deputies identified two subjects in the U-Haul as, Brian Williams, 44, a known transient and Tyrone Hawkins, 50, from Rialto. Also located in the U-Haul van was $13,000 in counterfeit U.S. currency, which was determined to belong to Hawkins.

Brian Williams was wanted a no bail warrant for cutting off his ankle monitoring bracelet required for his sex offender registration.

The subject who entered Wal-Mart, Donny Cruzada, 39, also a transient was located inside after reviewing security video. Cruzada was found to have three felony no bail warrants and has been wanted since 2001 for violating his probation terms for various theft convictions.

Information from the investigation led deputies to the Queens Motel on Stoddard Wells where additional evidence of counterfeiting was located. Margaret Ruiz, 45, from Highland was found to possess additional counterfeit bills and had two outstanding misdemeanor warrants. Also located was 50-year-old Andrew Williams, wanted for a felony narcotics warrant.

The U-Haul van was returned to the company after determining is was rented earlier in the year and not returned as expected on March 1, 2015. The Secret Service was contacted and is assisting in the investigation.

Anyone with information related to this investigation is urged to contact the Victorville Station, Deputy Buell at (760)241-2911.