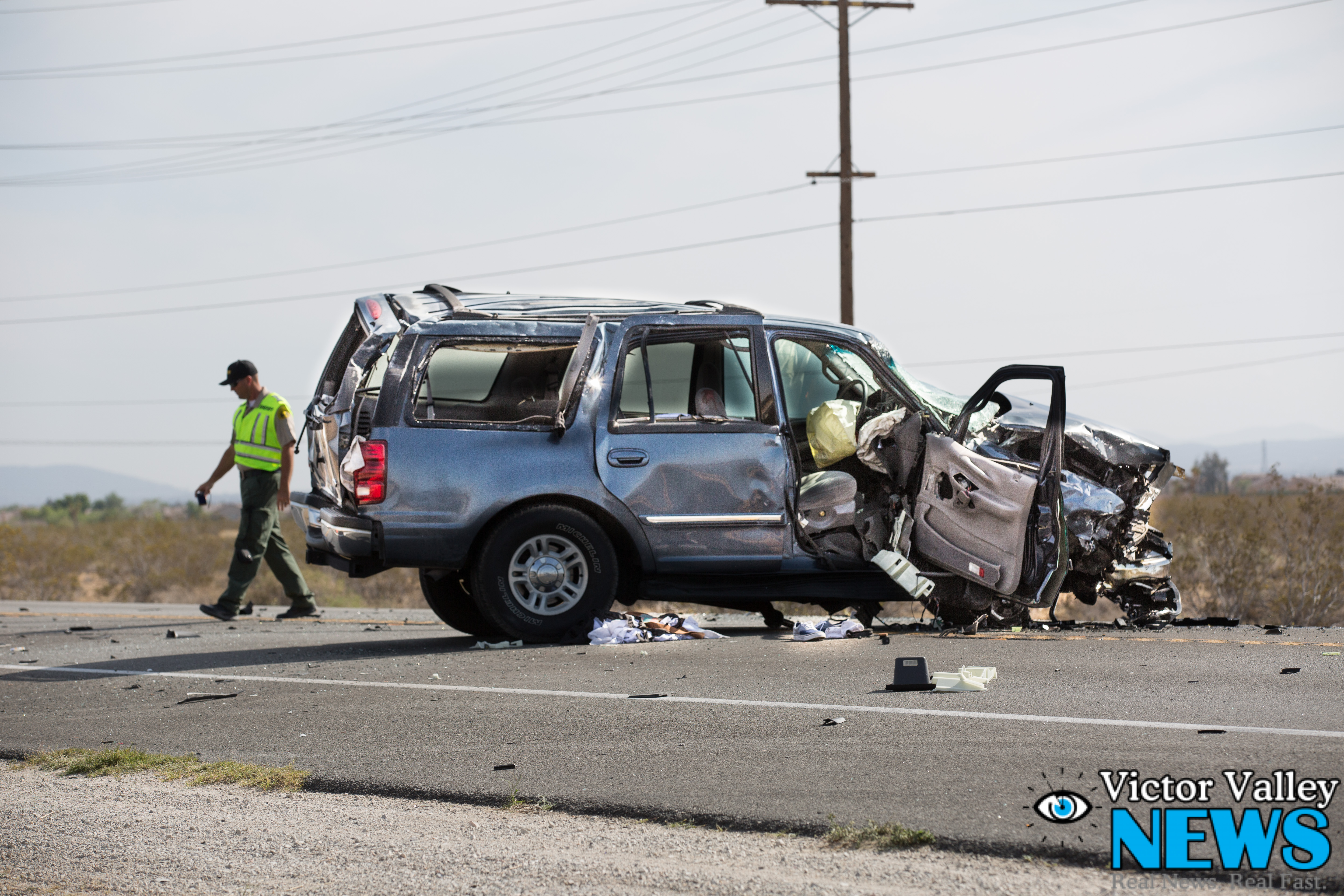 Through the investigation, deputies determined that 40-year-old Travis Taylor King James, a resident of Victorville, was traveling northbound on Highway 395 in a blue 2000 Ford Expedition.

52-year-old Cynthia Ng, a resident of San Diego was traveling southbound in a white 2004 Honda Odyssey.

According to authorities, James veered off the roadway and onto the dirt shoulder. He lost control of the Expedition causing it to go head on into oncoming traffic and crash head-on with the Honda Odyssey near the Maverick’s Stadium in Adelanto. The Expedition came to rest in the middle of the highway blocking both lanes of travel. The Odyssey came to rest in the desert field on the west side of highway 395.

Emergency personnel were immediately summoned and arrived on scene.

Cynthia Ng and a passenger in the Odyssey along with Travis James were transported by Mercy Air and CHP Helicopter to Arrowhead Regional Medical Center and Loma Linda Hospital with major injuries. Two passengers in the vehicles succumbed to their injuries and died at the scene of the collision.

One of the deceased was a 13-year-old girl from Victorville, and the other was a 26-year-old resident of San Diego. The names of both victims are being withheld pending notification of their families.

The collision is under investigation by the San Bernardino County Sheriffs Region II Major Accident Investigation Team (M .A .I.T.). It is unknown at this time if drugs and/or alcohol were a contributing factor in this collision.