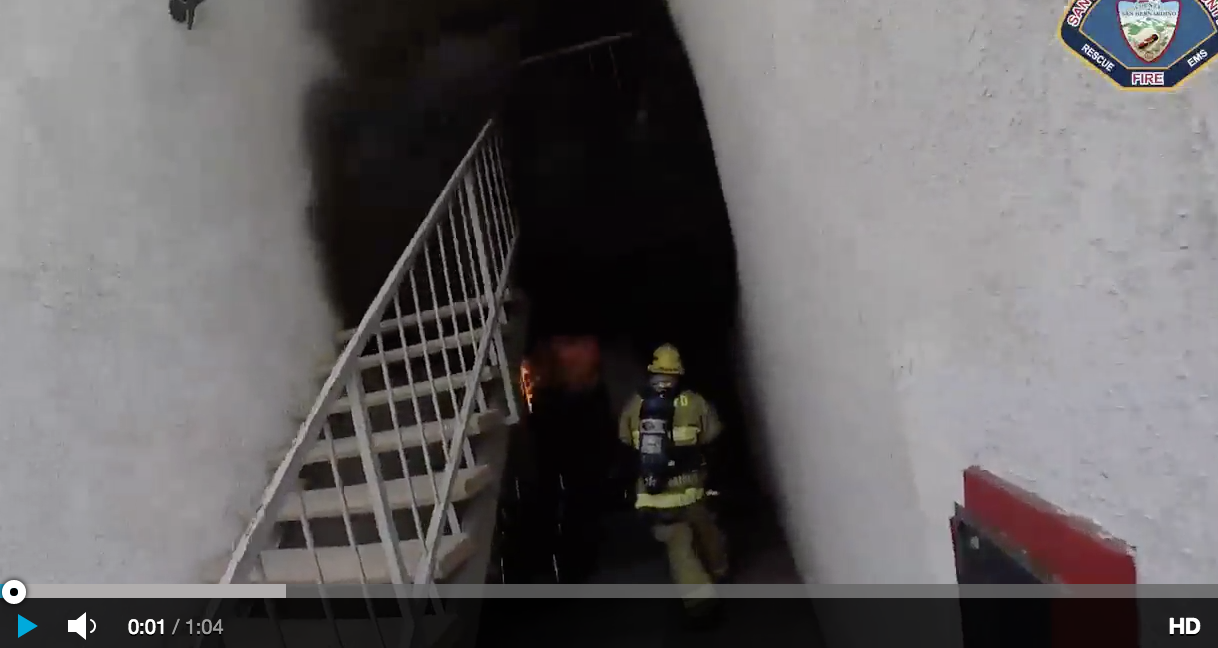 At 11:53 am, San Bernardino County Fire responded to reports of fire ‘with people trapped’ at the Fairway Manor Apartments in the 16100 block of Pebble Beach Drive.

When firefighters arrived, they located heavy fire coming from the first and second floor of the complex. Due to the amount of fire and potential threat, firefighters requested a 2nd alarm response.

According to SB County Fire Captain Jeff Allen, firefighters conducted a quick primary search and found no victims and later followed by a more extensive search. “Those initial reports were determined to be unfounded,” stated Allen.

Dozens of firefighters worked together and quickly to extinguish the fire in approximately 25 minutes.

Allen said the fire was contained to two apartments. However,  at least four other adjoining apartments were damaged by the heat and smoke.

The American Red Cross was requested to assist 12 people displaced by the fire.

Crash at gas station leads to armed carjacking in Hesperia