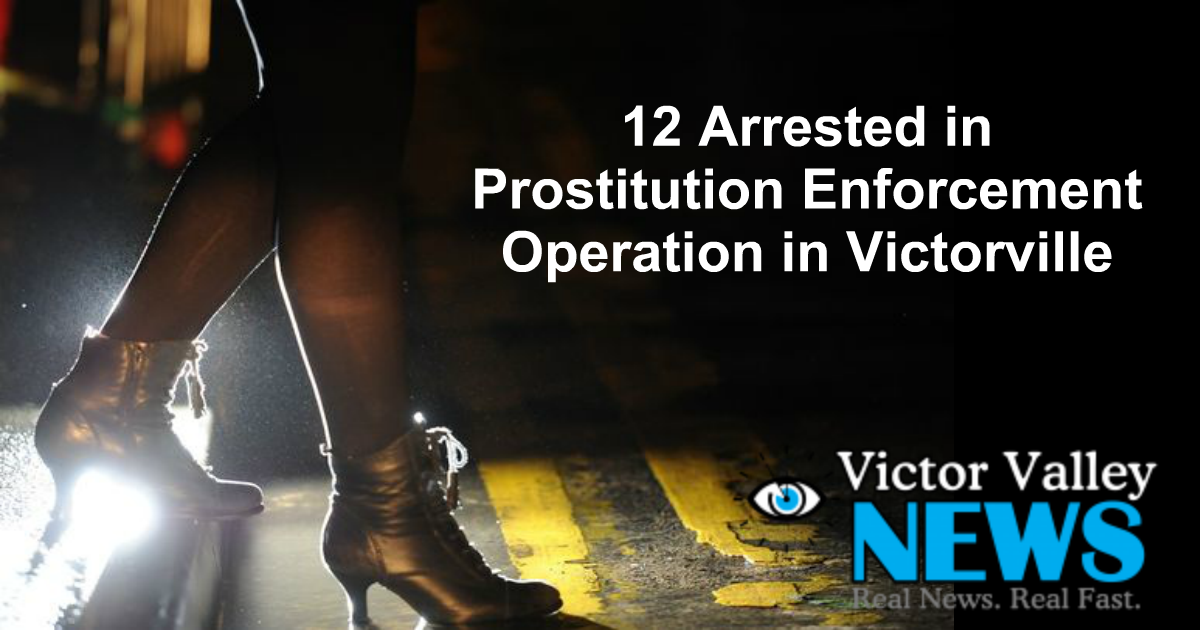 VICTORVILLE:(VVNG.com)- A dozen people were arrested during a prostitution enforcement operation along 7th Street in Victorville.

Undercover deputies contacted females, known to be prostitutes in the city, who then solicited them for sex acts in exchange for money. In addition to the prostitution contacts made, undercover female deputies posed as prostitutes and conducted “John” operations. The operation resulted in eight men and four women being arrested and booked for prostitution.

The operation is part of an on-going effort by the Victorville Police Department to reduce sex crimes and human trafficking in the city.

Anyone with information on crimes of this type is asked to contact the Victorville Police Department at (760) 241-2911. Callers wishing to remain anonymous are urged to call the We-Tip Hotline at 1-800-78CRIME (27436) or you may leave information on the We-Tip website at www.wetip.com