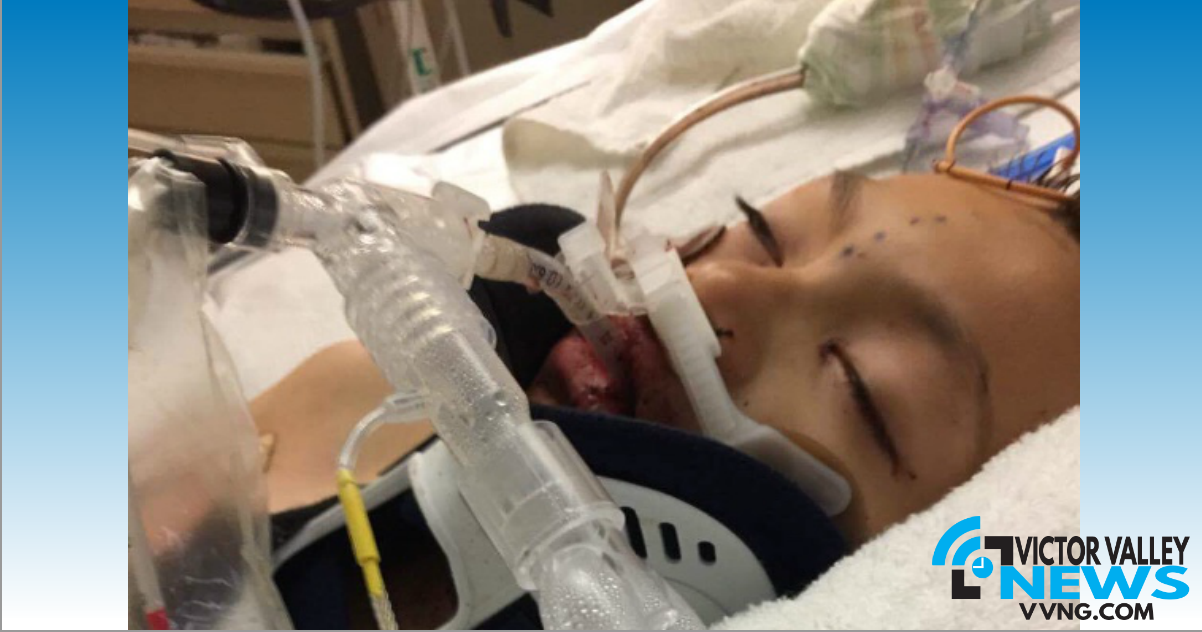 VICTORVILLE, Calif. (VVNG.com)- An 11-year-old boy continues to fight for his life after he was struck by a vehicle while walking home from school.

Nearly three weeks have passed since the life of Fabian Sanchez changed in an instant.

On February 3, 2017, Fabian was on his way home from school walking down Village Drive near Puesta Del Sol.

Authorities say Fabian ran directly into the path of a northbound 2014 Honda Accord. Unable to avoid hitting the boy, the driver struck Fabian. The driver immediately stopped his vehicle and called 911 for help.

Fabian sustained life-threatening injuries and at one point was reported as not breathing, per scanner reports. An ambulance transported him to Loma Linda Medical Center.

“Fabian had to be revived while in route to the hospital and by the grace of God he was revived. As of now, he remains in induced coma,” described a post in a Gofundme account created to help the family. “Fabian suffered brain swelling, brain bleeding, a broken jaw in two places, a broken leg, and his tongue was split in half.”

A family friend, Valerie Perez, explained how Fabian’s mother has remained by his side and living in the Ronald McDonald housing.

“He is the son of an amazing hard working mom who has always put her son first as any good mother would,” stated Perez.

According to Perez, the Ronald McDonald housing has a weekly fee it’s free for the first 15 days if you have insurance. Unfortunately, the family had no health insurance at the time of the accident.

Making matters even worse, her vehicle broke down, leaving her stuck at the hospital with no car.

“The bills are piling up and [the family] is now a one income household, which makes the situation so much more difficult,” said Perez. “The last thing anyone should worry about when watching their son fight for their life is if they’re going to have enough money for bills and to eat.”

Valerie Perez shared a final message “So please we ask to keep Fabian in prayer. The Power of prayer is amazing, and we have seen the things that God is doing for Fabian. If you or anyone you know can donate anything that you can, it is greatly appreciated and also if you could share this account.”Any persons wishing to help with donations can do so by using the following link: Help Fabians Family Stay On Their Feet