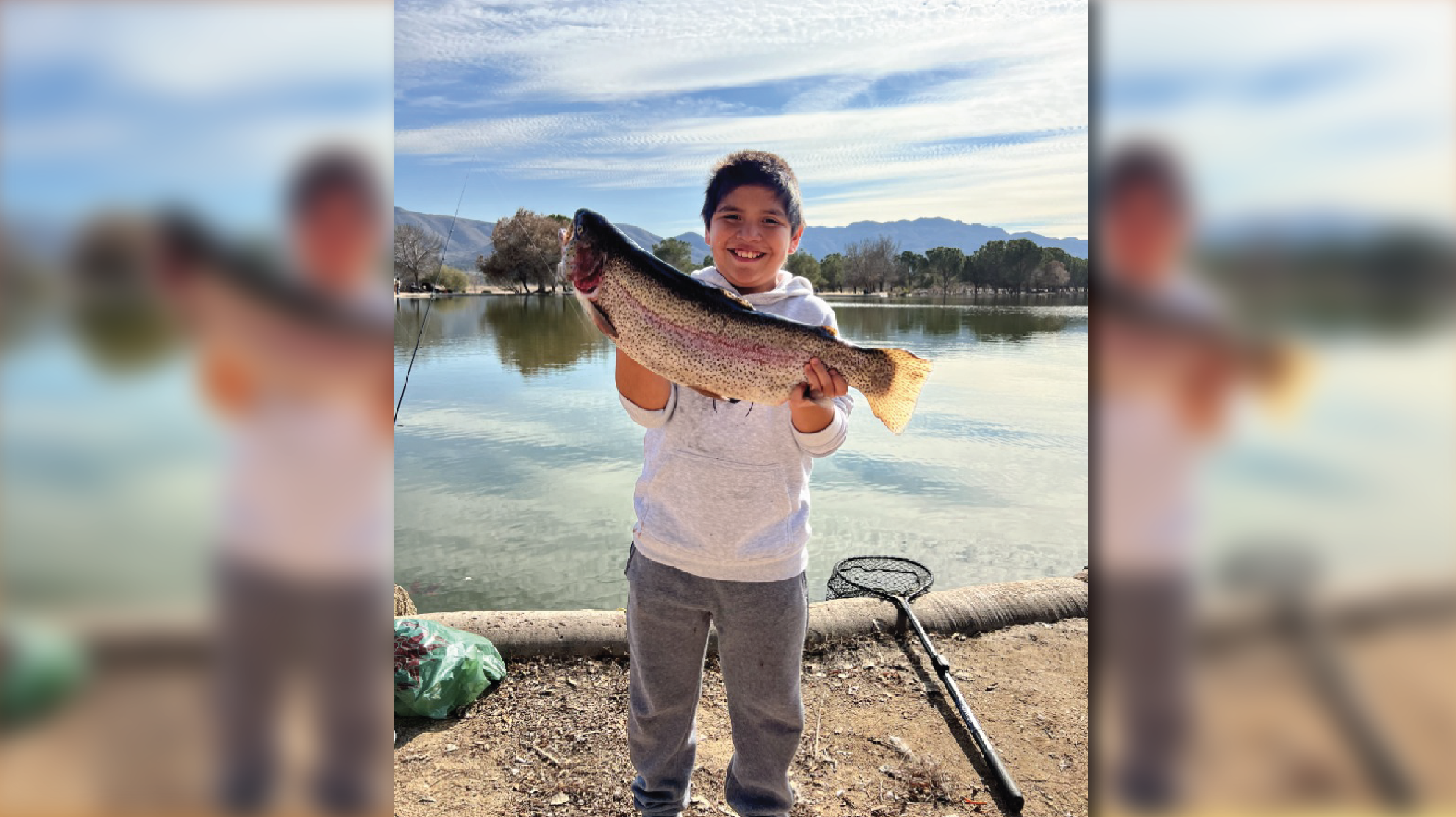 (The catch of the day photo was shared by Hesperia Lake Park, featuring 11-year-old Andrew Lopez)

HESPERIA, Calif. (VVNG.com) — 11-year-old Andrew Lopez of Hesperia was thrilled after catching a huge trout while fishing with his father.

Hesperia Lake Park featured Andrew on their Facebook page after he reeled in the 8.3-pound trout from an area of the park known as the North Shore while using a mini jig to catch it.

Andrew has been fishing since the age of eight, and it’s one of his favorite things to do, his father says. It’s a way of not only creating memories for the two but being creative with how to catch the next big fish, which comes with patience.

“We were at Hesperia Lake for 3 hours before he caught it. He has been fishing for 3 years now and he loves it so much. He actually caught it on a bait I made for our own personal use,” Andrews’s father, Mr. Lopez told Victor Valley News.

Andrew is looking forward to being featured in the “Catch of the Week” report, which is published on the park’s website.

The recent fish caught by park visitors have been larger than average, according to the report.

The average weight of most fish there is about 1.5 – 2.5 pounds, but over the past few weeks, several caught were in the 7-8 -pound range.

Last month, Roland Rodriguez, from West Covina, reeled in an 11-pound trout, and like Andrew, he also used a mini jig but caught it from the East Shore area of the park.

Mr. Lopez said they often go fishing at Hesperia Lake Park, as they are residents of Hesperia and find it convenient and enjoyable.