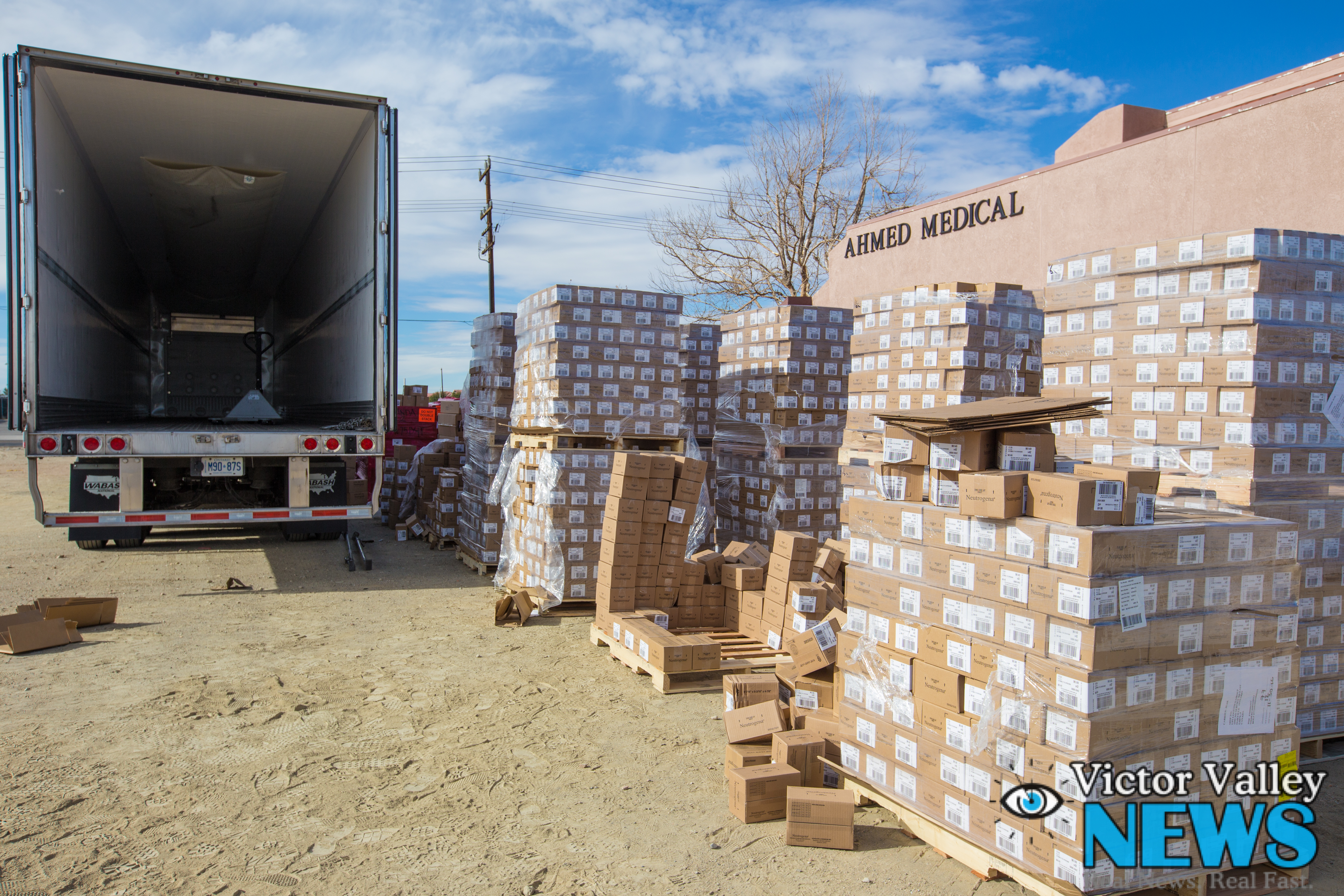 VICTORVILLE, CALIF.(VVNG.com)- A tractor-trailer hauling $11 million dollars worth of heroin through the Victor Valley was busted by the California Highway Patrol Thursday morning.

CHP officer Robert Mendenhall told Victor Valley News he stopped the tractor-trailer for speeding on the northbound 15 freeway, north of Highway 395 in Hesperia at about 8am.

“Subsequently, I pulled out my k9 sniffed the exterior of the tractor-trailer, the dog alerted, the dog also then alerted inside the trailer. We then located a large quantity of narcotics inside the rear of the trailer mixed in with the load.,” Officer Mendenhall stated.

According to Mendenhall, they estimate the truck was transporting 100 kilograms of suspected heroin to the country of Canada before it was intercepted. The drug has an estimated street value of $11 million dollars.

Although the stop was conducted in the City of Hesperia, the truck was unloaded in Victorville,  across from the CHP office on the 14200 block of Amargosa Road.

The driver’s been arrested for possession and transportation of narcotics.

“I’ve been with the Highway Patrol for 29 years and this is my largest drug seizure of heroin. This is rare having this much.”