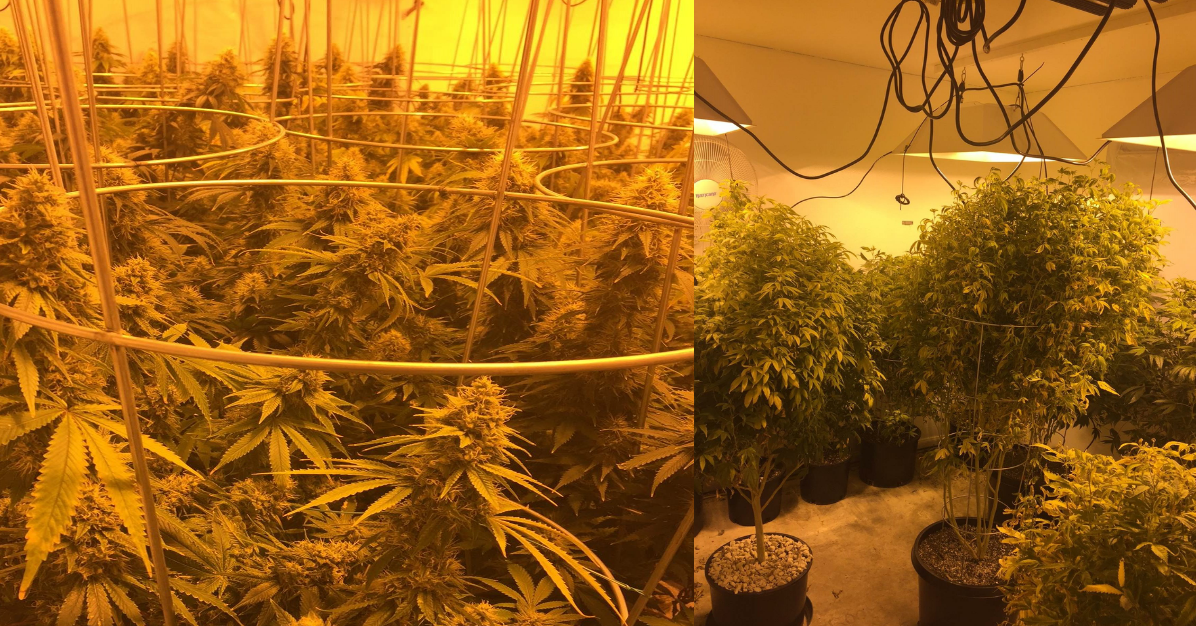 ADELANTO, CALIF. (VVNG.com)- The Sheriff’s Marijuana Enforcement Team and deputies from the City of Adelanto served a search warrant at 18839 Del Mano Court in Adelanto and discovered evidence of a THC Extraction Lab. There were no suspects present or detained during the investigation. It was determined during the investigation that the operation had been occurring for some time and most likely was not discovered until recently.

City code enforcement officers initially went to the residence and discovered the suspicious activity. An inspection warrant was prepared by one of the code enforcement officers. City officials discovered the extraction lab and indoor marijuana cultivation after they served the warrant. The Sheriff’s Marijuana Enforcement Team was called in to take over the investigation. At one point, the fire department evacuated several residents from their homes until the area was safe. Residents were allowed to return home about two hours after being evacuated.

Investigators believe the suspect was manufacturing the concentrated cannabis at the residence and selling the product to others. The operation was capable of producing several pounds of concentrated cannabis per week. Some marijuana users prefer using Wax, Dabs or Honey Oil over the straightforward method of smoking marijuana (bud) because of the higher concentration of THC levels produced. Therefore, the effects are much stronger than the traditional method of smoking the plant material. THC or Tetrahydrocannabinol is the main or active ingredient in marijuana that causes the “high” when using the drug.

The THC extraction process is extremely dangerous and has a high potential for explosion and fire due to the use of large amounts of flammable chemicals during the extraction process. This chemical process is illegal and is a violation of California’s Health & Safety Code. Investigators are in the process of identifying the resident and any other suspects involved in the crime. Once identified, the suspects will face criminal charges. The criminal report will be sent to the San Bernardino County District Attorney’s Office for prosecution.

Anyone with information regarding this investigation is urged to contact the Sheriff’s Gangs / Narcotics Division at (909)890-4840. Callers wishing to remain anonymous are urged to call the We-tip Hotline at 1-800-78-CRIME (27463), or you may leave information on the We-Tip Hotline at www.wetip.com. 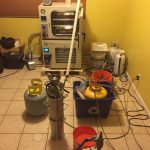 Investigators discover over 100lbs of marijuana, 4lbs of wax, and over 190 marijuana plants. (Photo courtesy of SBSD Headquarters) 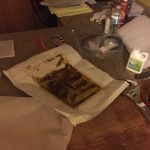 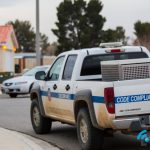