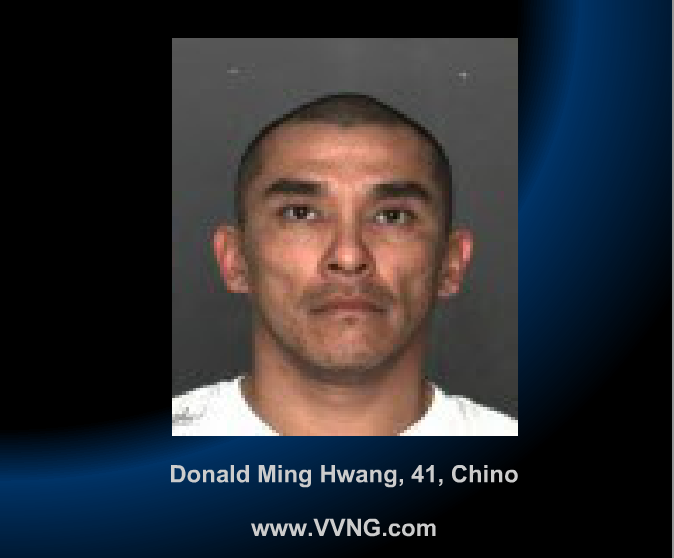 CHINO: A Chino man was arrested Wednesday after posting stolen items for sale on eBay.

On January 3, 2014, Chino Hills deputies received information that a person was selling stolen items on eBay from a recent Chino Hills residential burglary. Deputies and detectives initiated a follow-up investigation and a buy was conducted with the suspected eBay seller.

The property purchased from the eBay seller was confirmed to be a stolen camera lens from a recent Chino Hills residential burglary.

Deputies and detectives identified the eBay seller as Donald Ming Hwang, 41, Chino, California and authored a search warrant for Hwang’s residence. Hwang was arrested as he left his residence on January 8, 2014.

Deputies and detectives searched Hwang’s residence and located a large amount of stolen property such as computers, guns, televisions, watches, and clothing plus a large quantity of narcotics.

The stolen property recovered at Hwang’s residence has an estimated value in excess of $100,000. Suspect Donald Ming Hwang was booked into the West Valley Detention Center and his bail was set at $750,000.00.

The investigation is ongoing as detectives believe the stolen items recovered from Hwang’s residence are from other Chino Hills residential burglaries and from neighboring cities.