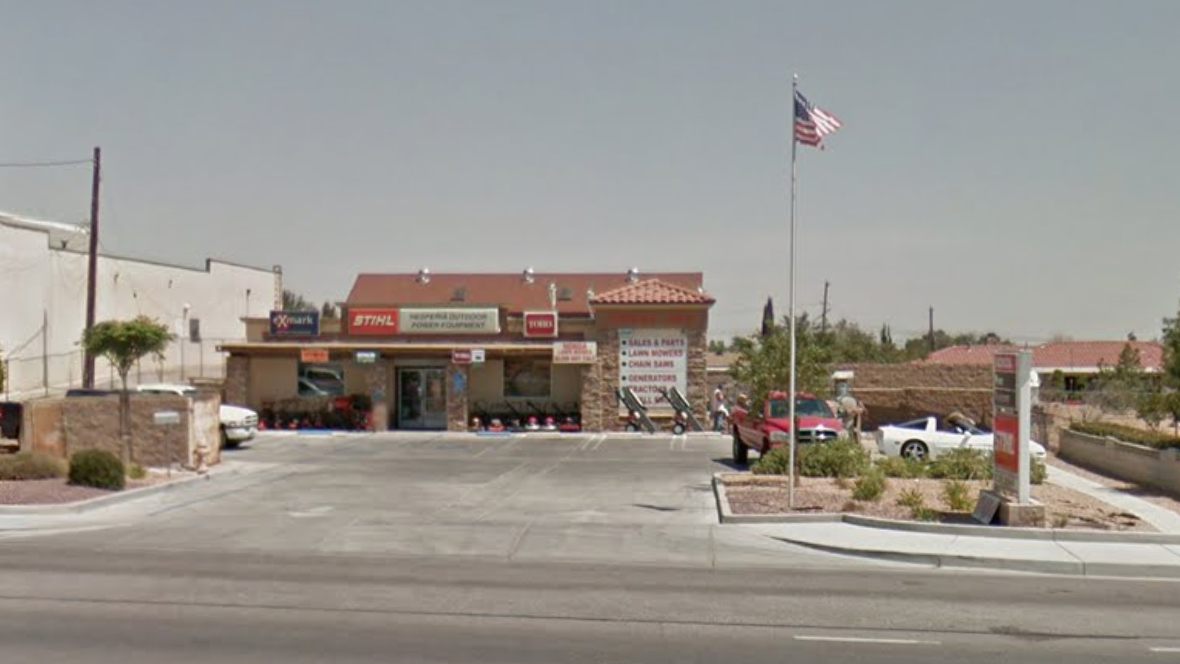 On Wednesday, November 9, 2016 at about 12:35 a.m. deputies were dispatched to the 17000 block of Main Street in Hesperia reference a commercial burglary that just occurred.

According to authorities, two unknown suspects wearing masks forced open the front and then proceeded to load their truck with an estimated $10,000 worth of tools and equipment. Amongst the items stolen were chain saws, weed whackers, and Honda generators.

Prior to deputies, arrival the suspects left the location in a four-door pickup believed to be a red in color Ford F250. A search of the area did not locate the suspect’s vehicle.

Anyone with information about this commercial burglary is asked to contact the Hesperia Sheriff’s Station at 760-947-1500 or Sheriff’s Dispatch at 760-956-5001 or remain anonymous by calling WE TIP at 800-78-CRIME.