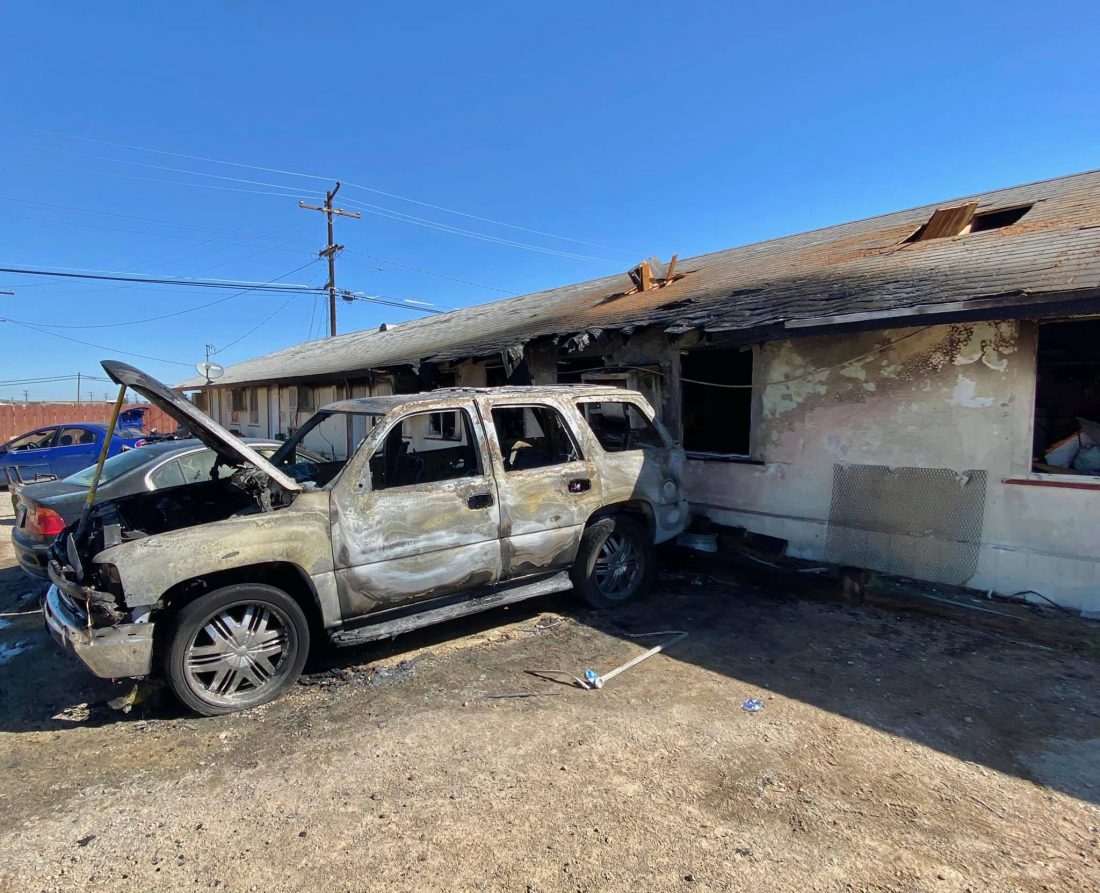 At about 4:47 am, on Tuesday, April 28, 2020, Barstow Firefighters were dispatched to multiple reports of a commercial fire with possible victims trapped on the 25000 block of West Main Street.

According to a news release, the first arriving fire unit was met with heavy fire from two vehicles in the parking area extending into the multi-unit apartment complex. Fire crews worked quickly to evacuate the complex and made sure all occupants were able to escape the flames.

“Firefighters were able to stop the fire from spreading to an adjacent apartment building with the original apartment complex suffering heavy fire damage to two apartments and smoke damage to the entire complex,” stated the release.

Officials said the American Red Cross was notified to assist 10 occupants who were displaced from their homes due to fire damage.

It took firefighters approximately 16 minutes to contain the fire. Barstow Fire responded with 2 engines, 1 Paramedic Squad and 2 Chief officers with a total of 10 personnel. Marine Corps Barstow assisted with 1 Engine and 4 personnel.

The cause of the fire is under investigation by the San Bernardino County Arson and Bomb Team.