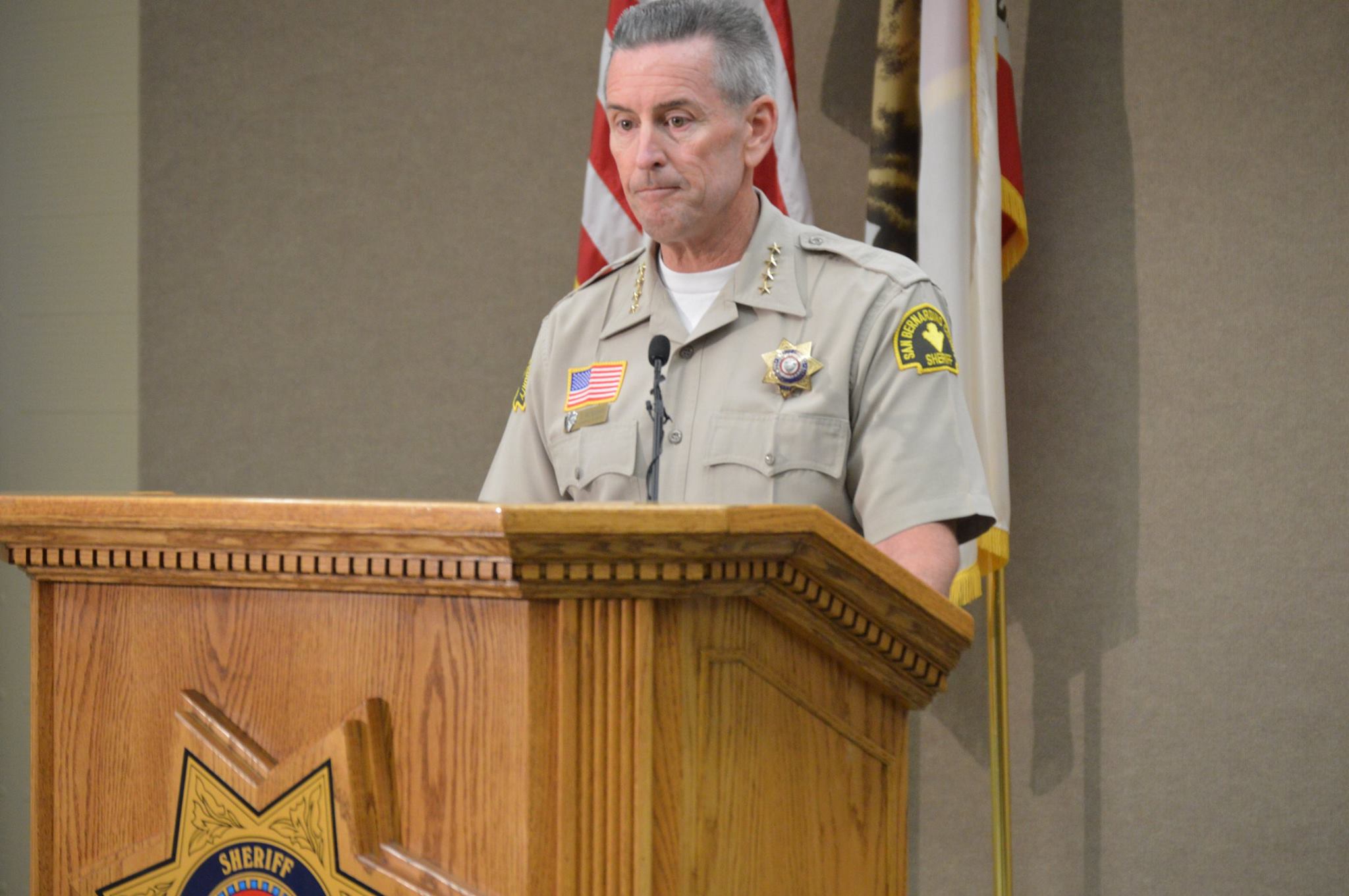 SAN BERNARDINO-(VVNG.com): Ten San Bernardino County Sheriff’s deputies were placed on paid administrative leave on Friday, following what appeared to be an excessive use of force following a Thursday evening pursuit.

On Thursday, April 9th at approximately 12:12 pm deputies from the Victor Valley Sheriff’s Station went to a home in the 25300 block of Zuni Rd. to serve a search warrant related to an identity theft investigation.  Upon arrival the suspect, Francis Pusok, who was not the subject of the search warrant, fled the location in a vehicle. Pusok was pursued through the unincorporated area of Apple Valley, the town of Apple Valley as well as an unincorporated area of Hesperia. At this time, it is believed that Pusok fled the scene thinking deputies were there for a  probation sweep.

Pusok, a convicted felon, abandoned the disabled vehicle southwest of Bowen Ranch continuing to flee on foot. Deputies actively searched for Pusok on foot, using off-highway vehicles and helicopters. He continued on stealing a horse from a group of people in the Deep Creek Hot Springs area. He continued on horseback through dirt trails, rugged and steep terrain, causing injuries to the stolen horse.

According to the San Bernardino County Sheriff’s Department the suspect was thrown off the horse just as deputies approached him. In the video, you can see the taser being used approximately 2-3 times prior to Pusok laying on his stomach with his hands behind his back. The Sheriff’s press release states that the use of the taser more than once occurred due to his loose clothing causing the taser to be ineffective. Once subdued, deputies, including one Sergeant and on Detective approached the man and continued with what the Sheriff’s Press release is calling “a use of force”.

McMahon explained that after the initiation of a Thursday night investigation, the ten sheriff’s deputies, including a Sergeant and a Detective, were identified in the video and subsequently placed on a paid administrative leave. “The video surrounding this arrest is disturbing and I have ordered an internal investigation be conducted immediately”, stated Sheriff John McMahon.  He further stated, “In addition, members of the Specialized Investigation Detail are responding to conduct the criminal investigation.”

McMahon shared that every use of force made by deputies must be reported and that he is confident that even without the video footage they would have been aware of the incident. When asked, he also confirmed that the deputies were wearing audio recorders that will be facilitated during the investigation.  “It appears to be excessive to me based on what I saw.” McMahon said in the Friday afternoon press conference.

When reporters asked if there was any reason or explanation for the use of force McMahon said, “The investigation is still going and our investigators are continuing to interview people who were involved and the situation. Things happen in the video fairly quick, and as you watch the video it appears that at the beginning of the video his hands were behind his back, then his hands move, there is information that he may have been kicking at one point. Regardless, at the end of the day it appears to be excessive.” McMahon is asking for the public’s patience while they conduct a thorough and fair investigation.

Two deputies were injured as a result of the foot pursuit, on with injuries consisting of abrasions, a twisted knee and a back injury from being struck by the horse.  They have been treated and released. Francis Pusok was also treated for minor injuries including abrasions and bruising then released. Upon release he was transported to West Valley Detention Center for booking. He was booked for Felony Evading, Theft of a Horse, Possession of Stolen Property and an active warrant for Reckless Driving. Bail has been set at $115,000.

The department has received multiple threatening emails, phone calls and posts on social media. Investigators are looking into the validity of these threats and will only release the deputies’ names if those threats are found to be unsubstantiated. Updates will be released as new information becomes available.