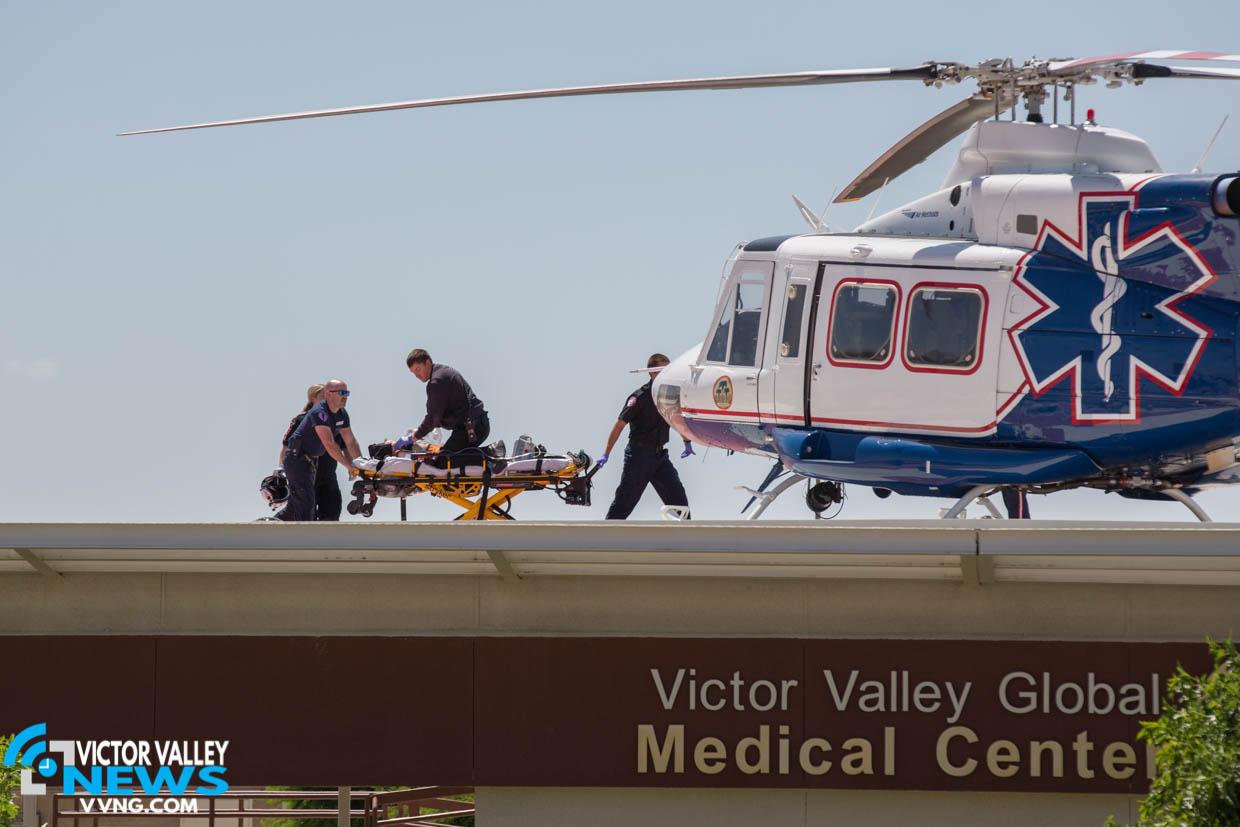 At 1:22 p.m., the family of the toddler called 911 stating the one-year-old male was not breathing after being found in their pool, said San Bernardino County Fire Department spokesman Ryan Vaccaro.

When first responders arrived to the home of the 14300 block of Hondo Drive the toddler was said to be unresponsive with shallow breaths.

The toddler was transported by ground ambulance to Victor Valley Global Medical Center where an airship was requested to airlift the child to Loma Linda University Medical Center.

This is a developing story. Information will be updated as it becomes available.

Pursuit Ends in Hesperia With Suspect Knocking Out Power