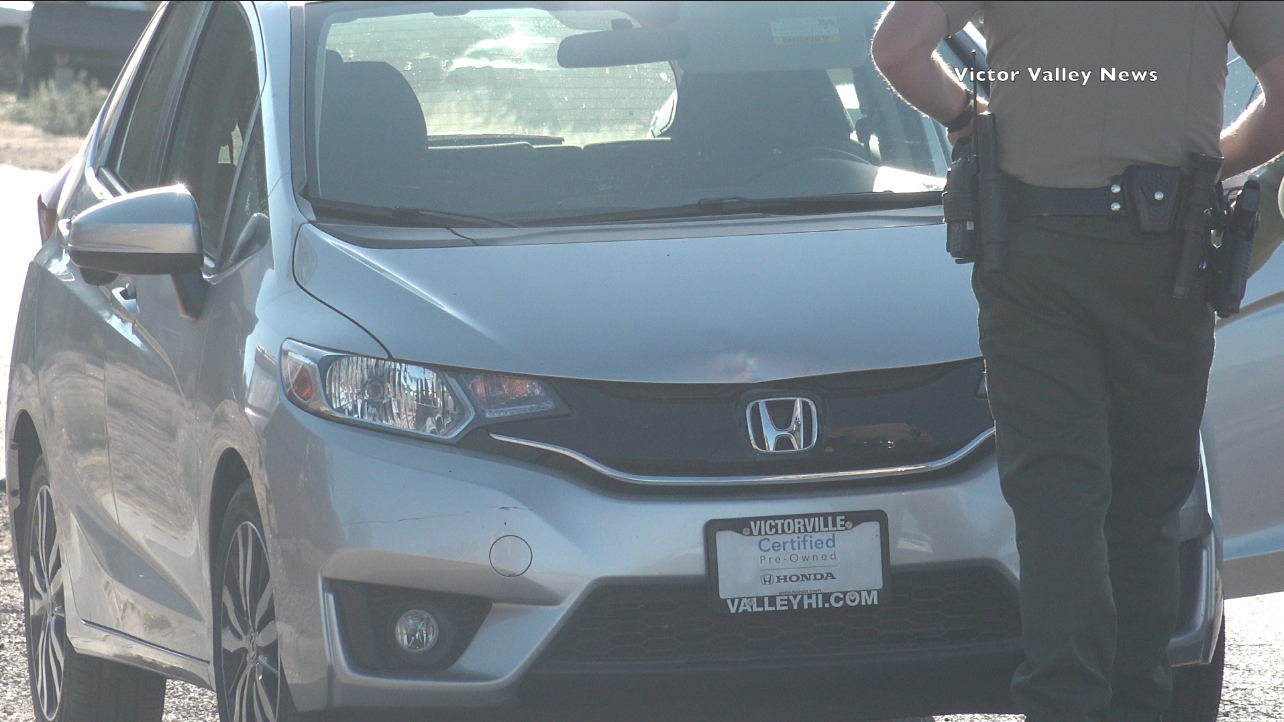 HESPERIA, Calif. (VVNG.com) A toddler was rushed to the hospital after being struck by a car in Hesperia Friday afternoon.

The call was dispatched at around 6 pm referencing a 1-year-old child that was struck by a Honda sedan on the 16200 block of Orange Street.

“The family had just pulled up to their house and was getting out of the car,” nearby neighbor Nancy Lopez said, “all of sudden I hear ‘Baby, baby, baby’ and then heard something hit.”

When Lopez realized the girl was struck by a car she immediately called 911.

“The dad grabbed her and put the baby in his arms and started trying to get her to wake up and not to fall asleep,” Lopez said.

The child’s father told Victor Valley News that the baby was trying to fall asleep but eventually started crying.

“I hope my baby is going to be ok, she had blood all over her face,” stated the father, who was visibly shaken.

The female driver of the Honda Fit remained on scene and cooperated with authorities.

The extent of the child’s injuries are unknown at this time, officials said. However, the Major Accident Investigation was not requested to respond.