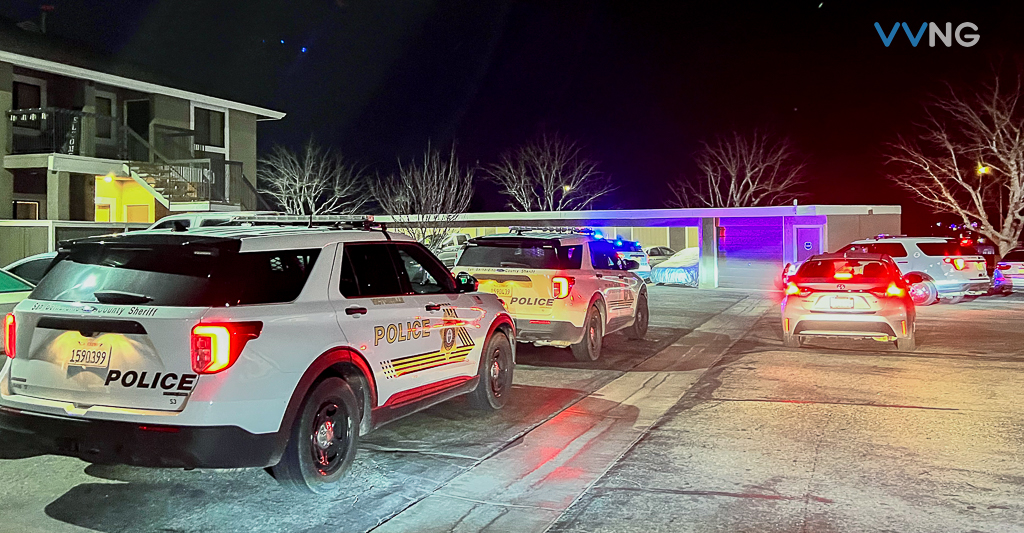 UPDATE: The Victorville Police Department provided additional details Wednesday afternoon and said the man arrested is the child’s father. The call was for a 1-year-old girl who was under water in a bathtub.

VICTORVILLE, Calif. (VVNG.com) – Deputies from the Victorville Police Department arrested a man and charged him with child abuse after a 1-year-old nearly drowned inside an apartment unit in Victorville.

The incident happened on Tuesday, January 3, 2023, and was reported at 8:21 p.m. at the Summer Ridge Apartments located at 15410 La Paz Dr in Victorville.

Firefighters from the Victorville Fire Department and AMR responded to reports of a drowning victim, and due to the circumstances, First Responders requested the assistance of law enforcement.

Upon arrival, the emergency workers rushed the child to Victor Valley Global Medical Center in critical condition via ground ambulance and requested a helicopter to transport the 1-year-old to a trauma center.

Firefighters had difficulty locating a helicopter that was able to assist.

The closest Mercy Air helicopter in the Victor Valley was unstaffed, and the next closest helicopter, located in Big Bear, was unable to fly due to bad weather conditons in the vicinity, according to scanner traffic.

The condition of the child, and the extent of their injuries were not made available as of Wednesday morning.

Circumstances surrounding the incident were not released, However, deputies arrested 32-year-old Anthony Manuel Camp just after midnight at the apartment unit, charging Camp with Child Abuse W/Possible Great Bodily Injury and possible Death, and is currently being detained at the High Desert Detention Center in lieu of a $60,0000 bail, records show.

Victor Valley News has reached out to the San Bernardino County Sheriff’s Department for more details. This article will be updated as soon as new information is available.