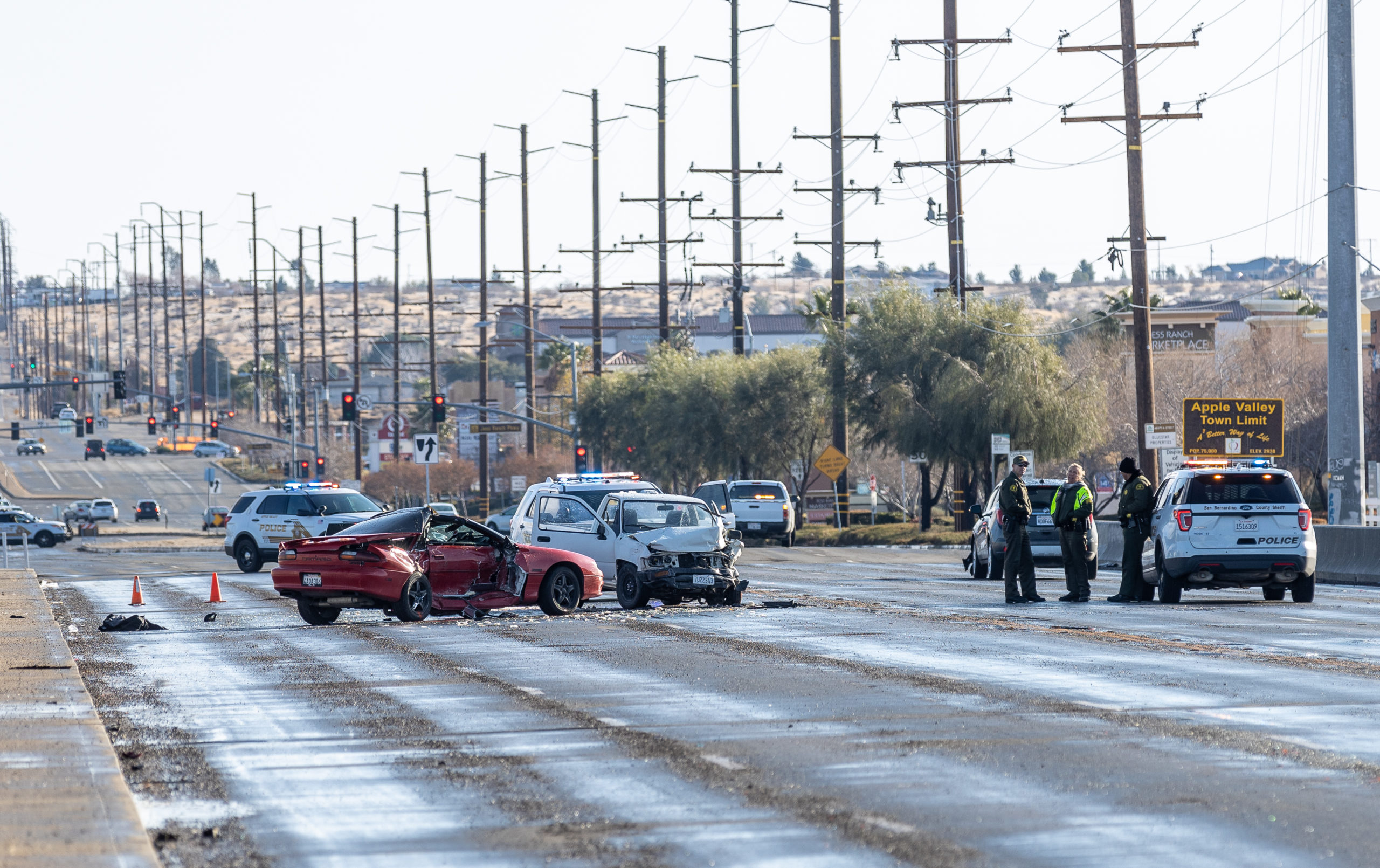 APPLE VALLEY, Calif. (VVNG.com) — A stretch of busy Bear Valley Road in Apple Valley is closed due to a fatal accident investigation the morning after a powerful storm brought snowfall to the area.

At about 6:52 am, on November 28, 2019, deputies were dispatched to a multi-vehicle crash on the bridge that connects Victorville and Apple Valley over the Mojave River.

Sheriff’s officials at the scene confirmed one person had died, and that Bear Valley Road will be closed for several hours between Jess Ranch Parkway and Jacaranda Avenue for several hours.

Commuters who drove in the area just before the crash encountered black ice.

“We just went thru the road right before the accident, there was black ice on the road it was pretty scary,” wrote Natalie Miyashiro on a VVNG live video.

“My family saw them doing CPR on a guy. You can tell he was already gone. Prayers for the families on their loss,” stated Jennie Guerrero Lewis.

The Apple Valley Sheriff’s Major Accident Investigation Team will conduct a thorough investigation to determine the cause of this collision.

No other details were immediately available, and the name of the deceased has not been released.