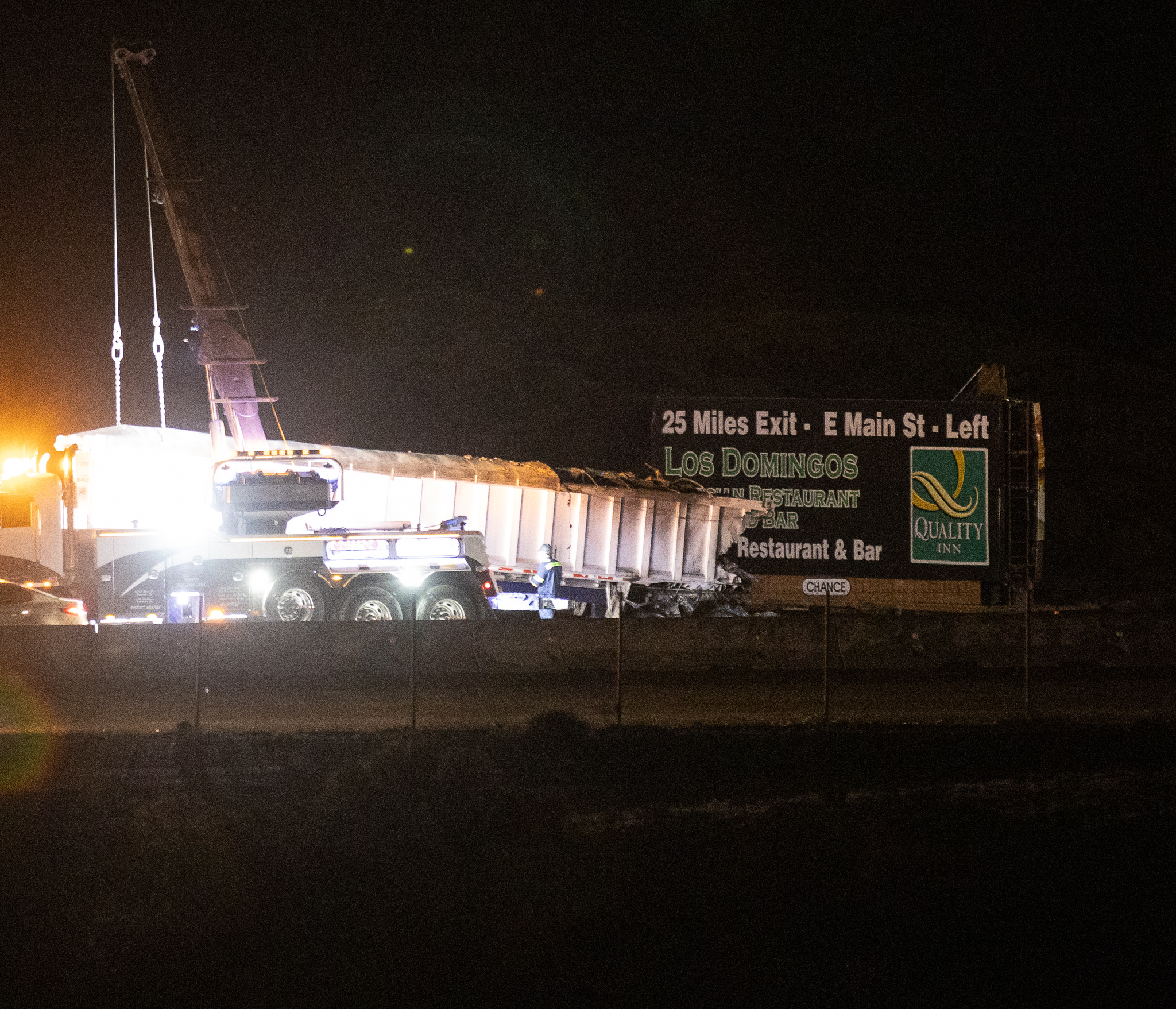 VICTORVILLE, Calif. (VVNG.com) — A 30-year-old Long Beach man was killed on the I-15 freeway in Victorville after his SUV was rear-ended by a semi that caused him to slam into the back of another semi.

Just before midnight on Thursday, October 17, 2019, dispatch received calls of a traffic collision involving a vehicle into the back of a semi on the southbound I-15, south of Dale Evans Parkway.

Firefighters responding to the incident were informed the vehicle was on fire with the driver possibly trapped inside, scanner traffic reported.

According to a CHP news release, the preliminary investigation revealed the accident occurred when a 30-year-old Adelanto man who was driving a 2020 Freightliner with a trailer collided into the back of a 1999 Toyota 4Runner. Officials said the 30-year-old man was traveling at 55mph in the no. 3 lane when he failed to slow down for stop and go traffic that was moving at 5mph. The force of the collision caused the SUV to push into another tractor-trailer that was in front of it.

The driver of the SUV, a 30-year old male from Long Beach, CA was pronounced deceased at the scene.

The incident prompted officials to temporarily shut down all lanes of the southbound I-15 prompting a Sigalert to be issued for several hours.

One lane was reopened allowing motorists to travel south. Officials said the incident was expected to be cleared-up by 10:00 am.