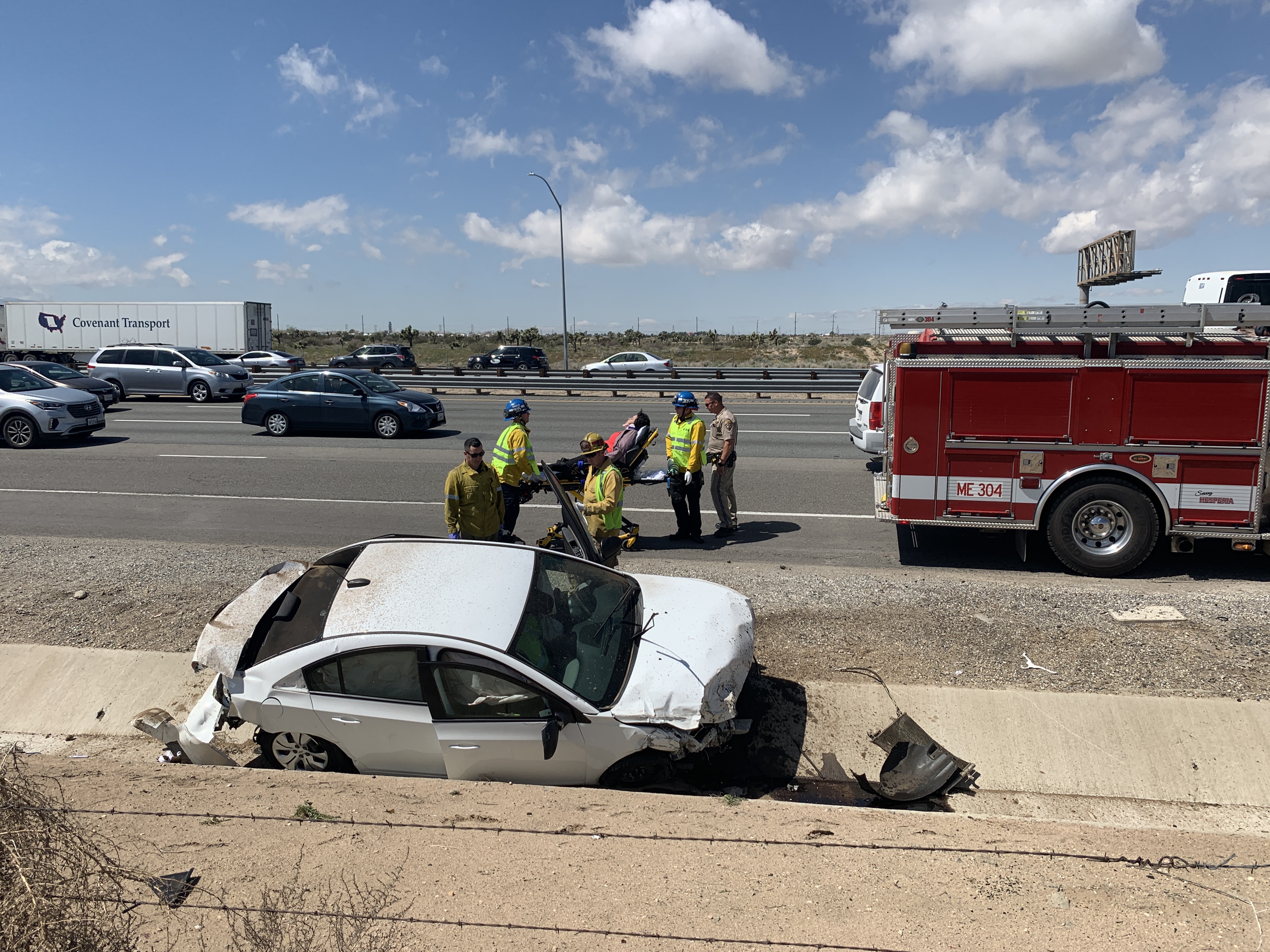 HESPERIA, Calif. (VVNG.com) — One person was transported to a local hospital after a rollover crash on the northbound I-15 freeway Thursday.

It happened at 12:49 pm, just north of the Main Street bridge and involved a white Chevy Cruz that overturned and landed in a ditch.

The female driver and sole occupant was helped out of the vehicle and transported to a local hospital for complaint of chest pain.

Northbound traffic was backed up for several miles due to the accident.

The cause of the accident is under investigation by the California Highway Patrol Victorville Station.

Traffic accident on the northbound 15 freeway just after Main Street. A white vehicle overturned and landed in the drainage ditch. One person was transported by ground ambulance. Expect delays. #cajoncrawl pic.twitter.com/crHfGYRWlw