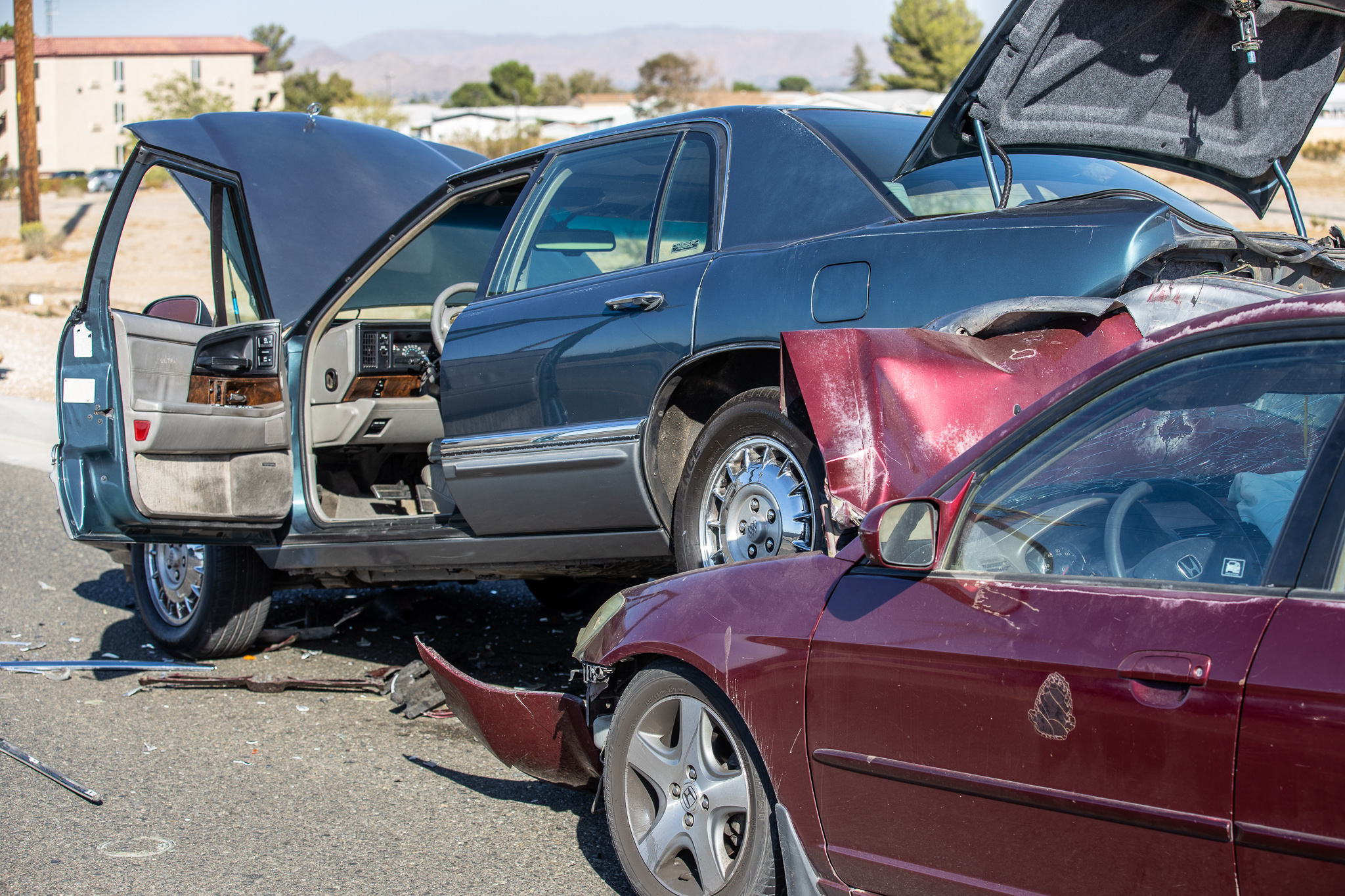 VICTORVILLE, Calif. (VVNG.com) — One person was hospitalized after a rear-end crash in Victorville Wednesday afternoon.

The driver of the Buick was southbound when a belt underneath the hood of the car snapped and caused his vehicle to become immobile.

A few moments after turning on his hazards the Honda slammed into the back of the stalled Buick causing the rear of the vehicle to rest on top of the hood of the Honda.

The male driver of the Honda was transported to a local hospital by an AMR ambulance for a complaint of head pain. No other injuries were reported.

Deputies from the Victorville Police Department are handling the investigation.