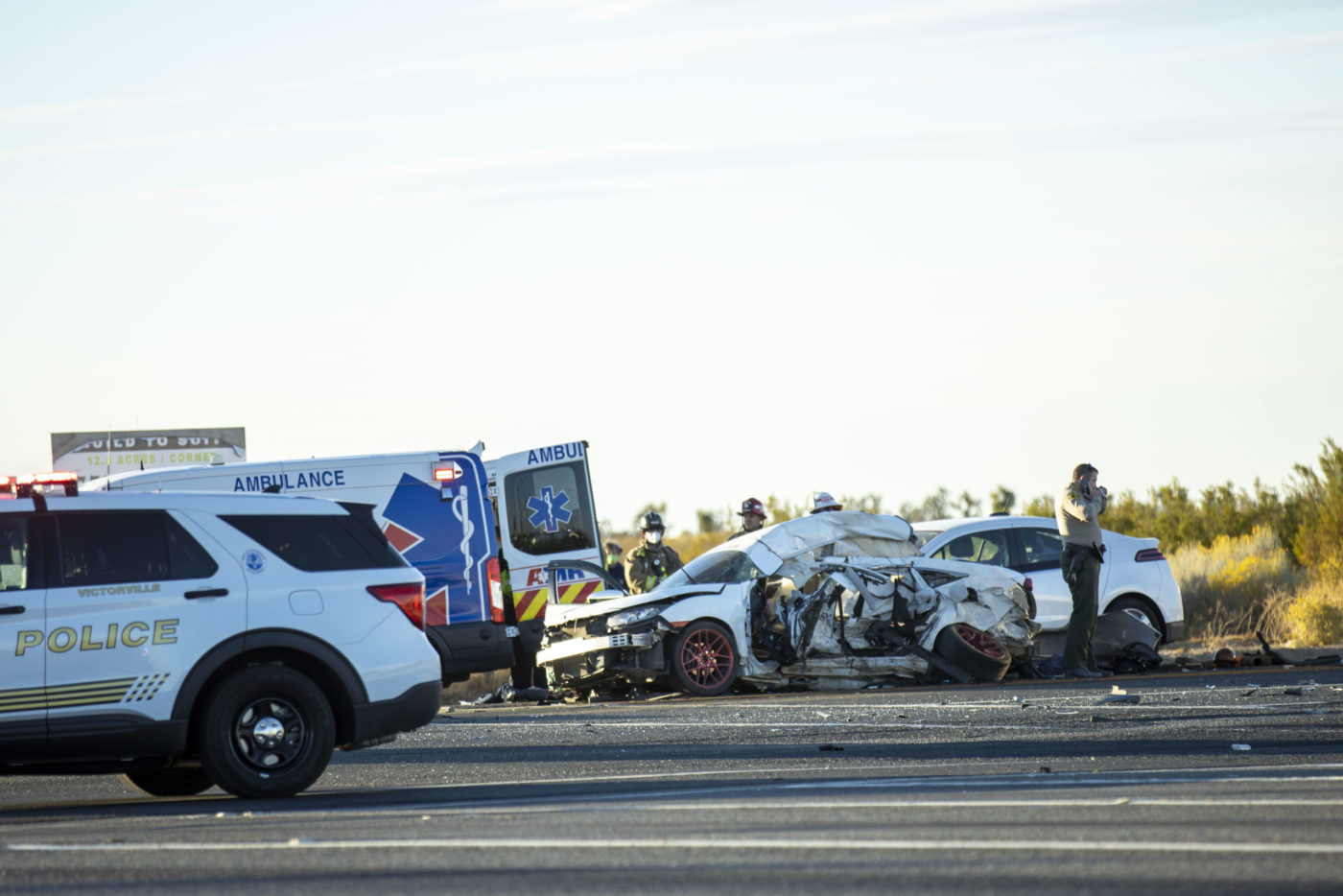 VICTORVILLE, Calif. (VVNG.com) — A man was airlifted to a trauma center after a crash involving a tractor-trailer Wednesday afternoon.

The traffic-collision happened at about 3:10 PM., on November 11, 2020, at the intersection of US Highway 395 and Bear Valley Road in Victorville.

Victorville City Fire responded and located a male driver inside a white Honda Civic trapped inside the vehicle. Firefighters used the jaws of life to extricate him and requested a helicopter to respond.

Samantha Thompson was stopped in the left turn lane waiting to turn onto Bear Valley Rd from US-395 when she witnessed the crash. According to Samantha, the white Honda civic was westbound on Bear Valley Road when it entered the intersection after a green light and was t-boned by a big rig. “I just can’t believe the big rig did not even honk his horn or anything, no brake screeching nothing,” she stated.

Helicopter Reach 325 landed just west of the crash on Bear Valley Rd and subsequently airlifted the male to a trauma center. Information on his condition was not available at the time of this article.

The driver of the semi involved in the crash stopped and spoke with officers at the scene.

Officers from the Victorville Police Department are handling the investigation and the official cause of the accident. Anyone with information is asked to call 760-241-2911.