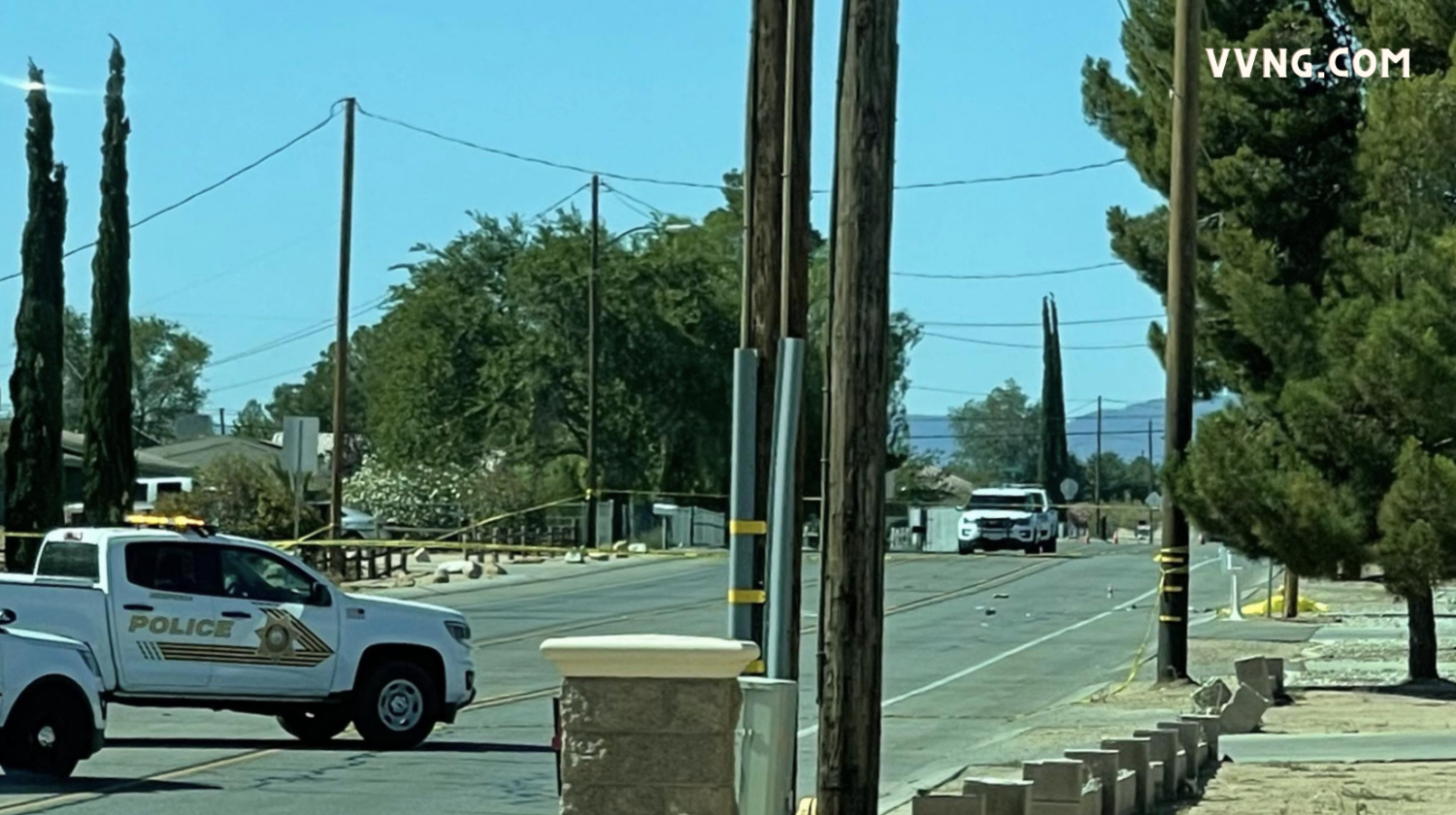 HESPERIA, Calif. (VVNG.com) — A woman is dead and a man remains in critical condition after they were both struck by an unknown vehicle that fled the scene.

It happened on June 12, 2022, at about 4:15 am, along a residential area of Cottonwood Avenue, north of Sycamore Street.

According to a sheriff’s news release, a 29-year-old female pedestrian had fallen onto the roadway of Cottonwood Avenue and a 32-year-old male attempted to assist her out of the roadway.

“Both the male and female pedestrians were struck by the vehicle in the southbound lane of Cottonwood Avenue,” stated the release.

The driver fled the scene of the crash and was last seen traveling southbound on Cottonwood Avenue.

At this time, it has not been determined if drugs and/or alcohol were a factor.

Cottonwood Avenue, from Sycamore Street to Sequoia Street, was closed for several hours while deputies from the Hesperia Major Accident Investigation Team (MAIT) processed the scene.

Anyone with information or anyone who may have witnessed the collision is asked to contact Deputy F. Zavala or Sergeant Brendan Motley at the Hesperia Sheriff’s Station. Those wishing to remain anonymous may call We-Tip at 1-800-78-crime or online at www.wetip.com.

UPDATE: Sheep Fire in Wrightwood explodes to 990 acres on Sunday