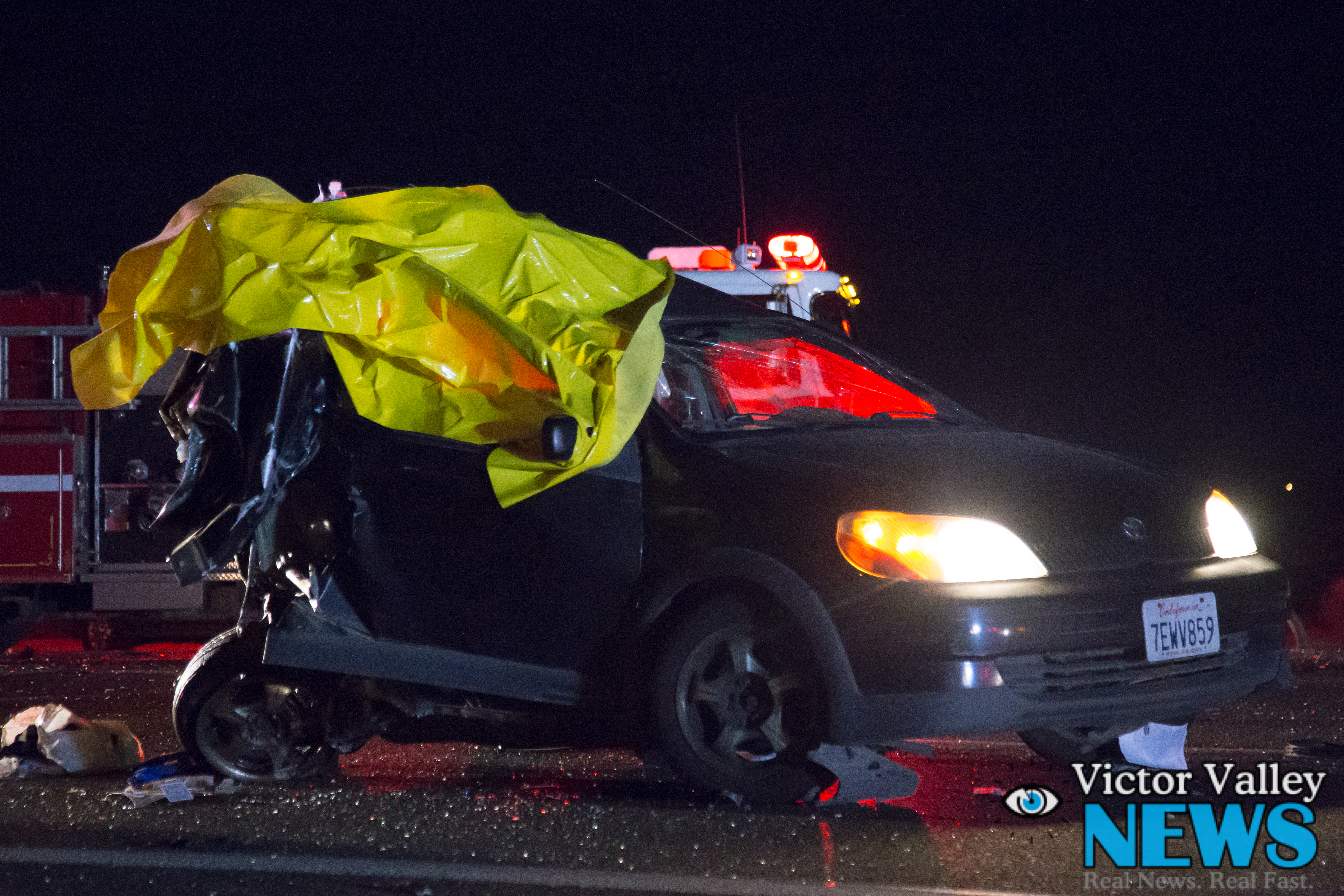 VICTORVILLE, Calif. (VVNG.com) A portion of Palmdale Road is closed in both directions following a Friday night crash that left one dead.

The two-vehicle collision was reported just after 10:00 p.m. between Emerald Road and Cobalt Road on December 16th.

When authorities arrived, they located an SUV on its roof in the eastbound lanes and a Toyota Echo in the westbound lanes, with scattered debris in the roadway.

A male driver of the Toyota was airlifted to Arrowhead Regional Medical Center with unknown injuries and the passenger was declared deceased at the scene, according to Deputy Adam Hylin.

An occupant of the flipped SUV was transported by ground ambulance to a local hospital.

“Witnesses reported seeing two occupants fleeing from the SUV immediately after the crash,” stated Deputy Hylin, “we are investigating that at this time.”

Per scanner reports, two Hispanic males exited the SUV and entered a white Avalanche heading eastbound on Palmdale Road, however, authorities have been unable to confirm the validity of those reports.

Palmdale Road is expected to remain closed between Cobalt Road and Highway 395 for several hours while MAIT conducts their investigation.