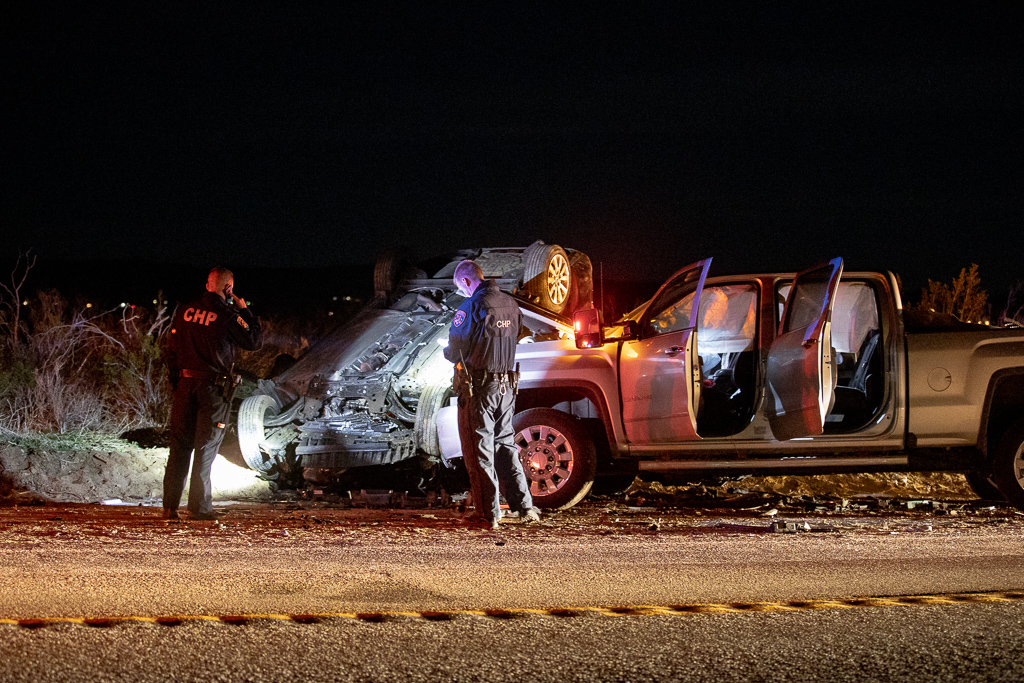 UPDATE: The San Bernardino County Coroners Office identified the woman killed in the crash as Wimol Gonzalez, 56, of Reseda.

PHELAN, Calif. (VVNG.com) — A passenger of a car that was attempting to pass a semi-truck in Phelan was killed Tuesday night when the vehicle struck a GMC pickup truck head-on.

One person inside the Nissan was pronounced deceased and a second person sustained major injuries.

Both directions of Palmdale Road were shut down while a helicopter landed on to airlift the critically injured victim to a trauma center.

Three people from inside the GMC pickup truck were transported to various local hospitals with unknown injuries.

“The Nissan was trying to pass a big rig but the GMC truck was there, they both drove into the dirt to try to avoid the head on collision but they both went the same way,” stated Yesenia Wehust, who witnessed the crash along with her husband Jason.

Jason immediately pulled over and began trying to help the injured.

“The driver in the Nissan was stuck and [Jason] got the door open,” Yesenia said.

“There was a German Shepherd and a Yorkie in the truck. The German shepherd took off and the Yorkie had broken legs,” stated Yesenia.

The Victorville CHP is continuing to investigate the official cause of the accident and the identity of the person killed will be released pending notification of next of kin.