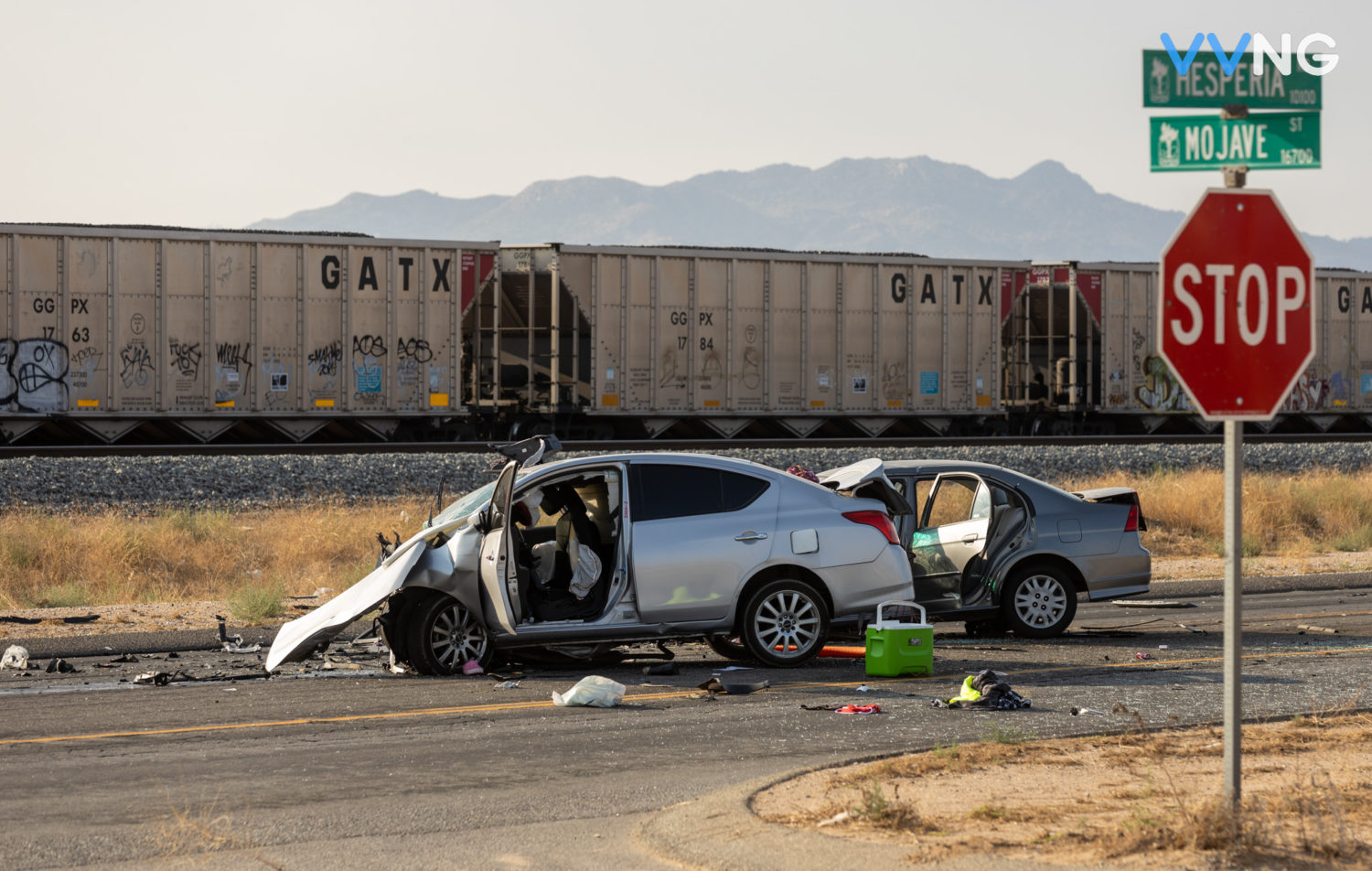 HESPERIA, Calif. (VVNG.com) — One person was killed and three others were airlifted following a head-on traffic collision in Hesperia.

The crash involving a silver 2019 Nissan Versa and a gray 2005 Honda Civic happened on Monday, August 16th at about 2:25 am, along the 10200 block of Hesperia Road near Mojave Street.

San Bernardino County Firefighters responded to the incident and reported they had four people trapped. All occupants were extricated and despite life-saving measures, one person was pronounced deceased.

A total of three helicopters landed in the roadway and airlifted the three critically injured patients to various out-of-area trauma centers.

“As a result, a 29-year-old male passenger of the Honda succumbed to his injuries while on scene. A 26-year-old female passenger in the Honda and the drivers of both vehicles were airlifted,” stated the release.

Investigators from the Hesperia Station Major Accident Investigation Team (MAIT) responded and assumed the investigation. It is still under investigation whether or not drugs and/or alcohol were a factor in this crash. Anyone who may have witnessed the collision is urged to contact Deputy D. Holland at the Hesperia Station at 760-947-1500. Those wishing to remain anonymous may call WeTip at 800-78-CRIME or www.wetip.com.