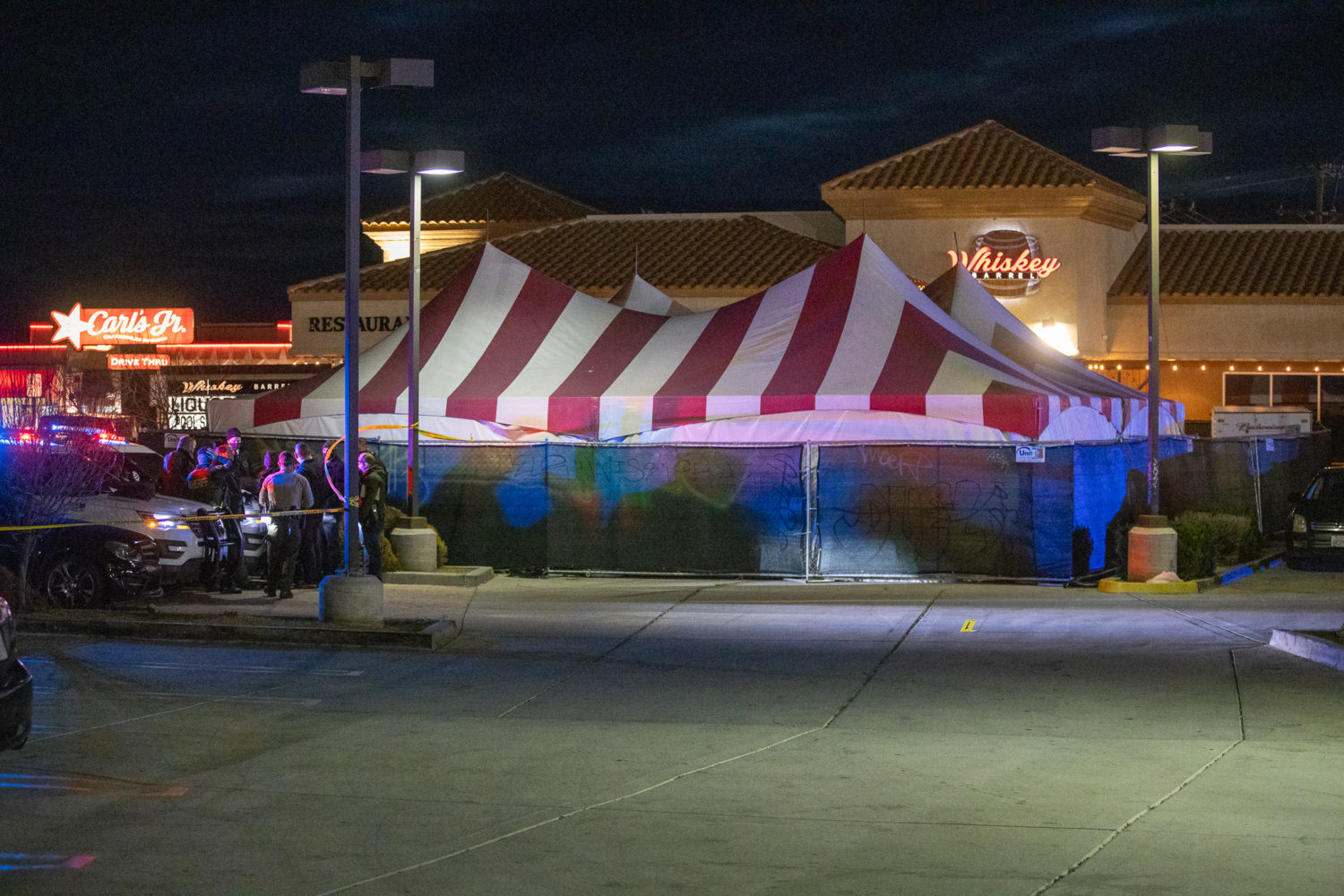 HESPERIA, Calif. (VVNG.com) — One person was killed and two others were injured during a shooting in the parking lot of the Whiskey Barrel Saloon in Hesperia.

At about 2:02 AM on Saturday, February 13, 2021, as patrons were leaving the popular restaurant/bar/nightclub in the 12000 block of Mariposa Road an altercation in the parking lot resulted in a shooting.

Sheriff’s deputies have taped-off a large portion of the parking lot with crime scene tape as homicide investigators conduct the investigation. Miller said no suspect or suspects have been identified, and no arrests have been made.

This is a developing story and no further details are available for release at this time. Anyone with information is asked to call sheriff’s dispatch at 760-956-5001.

Victorville man robbed, carjacked at gunpoint in his driveway