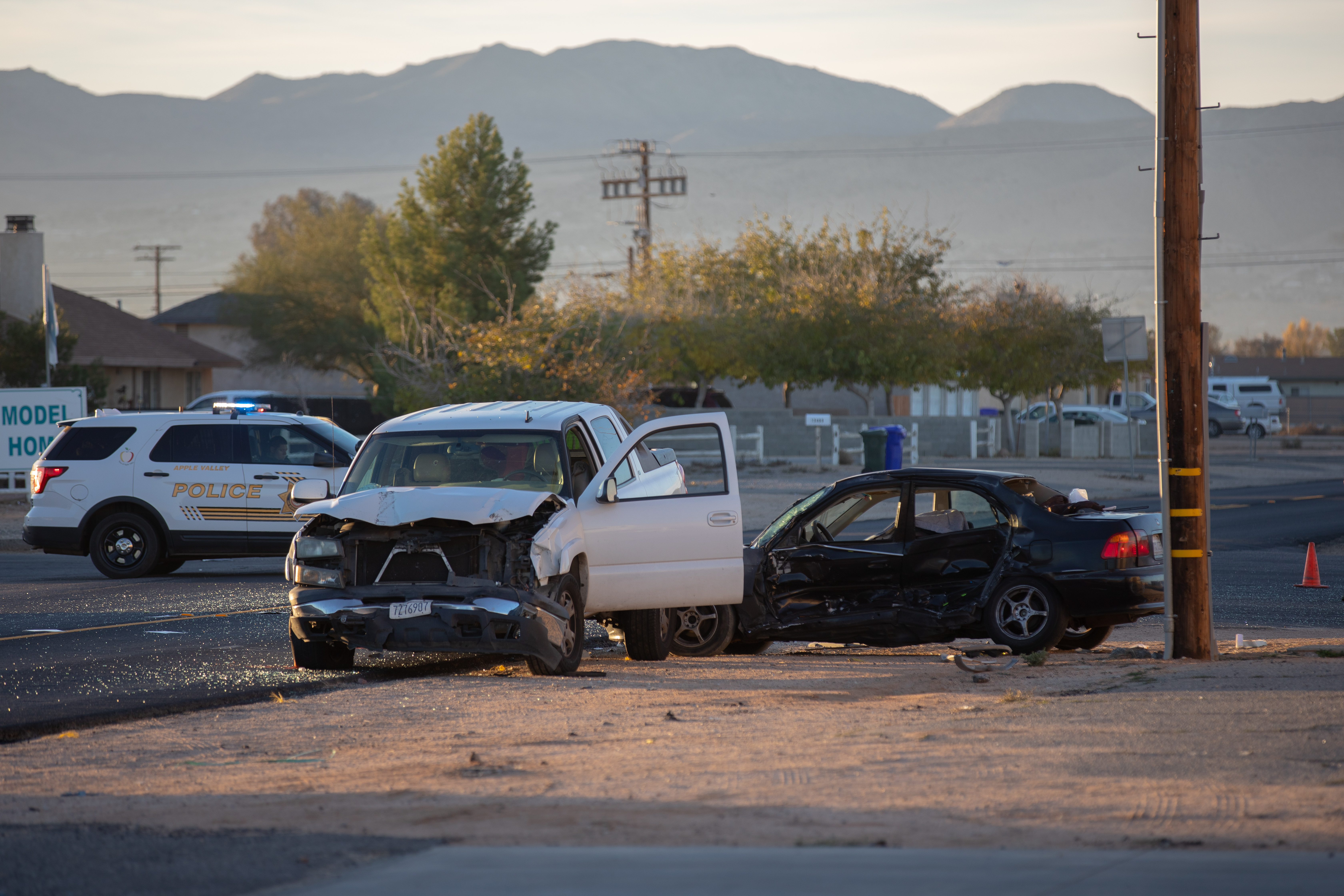 It happened around 6:00 am, at the intersection of Central and Powhatan Roads in Apple Valley and involved a white 2006 Chevy Avalanche and a black 2000 Honda Civic.

Firefighters with Apple Valley Fire Protection District responded to the scene and found two occupants critically injured in the Honda.

Emergency personnel pronounced the female driver of the Honda deceased at the scene.  Her name is being withheld pending family notification.

The passenger, a 43-year-old woman from Apple Valley was trapped and suffering from minor to moderate injuries. Firefighters extricated her from the vehicle and she was subsequently flown to Arrowhead Regional Medical Center for treatment.

The driver of the Avalanche, a 34-year-old Apple Valley woman, was transported to St. Mary’s Hospital for treatment of moderate injuries, officials said.

Based on preliminary reports, the Avalanche was heading northbound on Central Road approaching the intersection when it t-boned the driver side of the Honda, causing the car to spin around.

Sheriff’s officials said the Honda was traveling westbound on Powhatan Road approaching the intersection of Central Road.  “The driver of the Honda Civic failed to stop at the posted stop sign and proceeded into the intersection,” stated a sheriff’s news release.

Central Road was closed between Shawnee Road and Ottawa Road while Deputies investigated the scene.

The cause of the collision is currently under investigation by the Apple Valley Station Major Accident Investigation Team. If you have any information regarding this collision please contact Deputy Cashion, at (760) 240-7400.