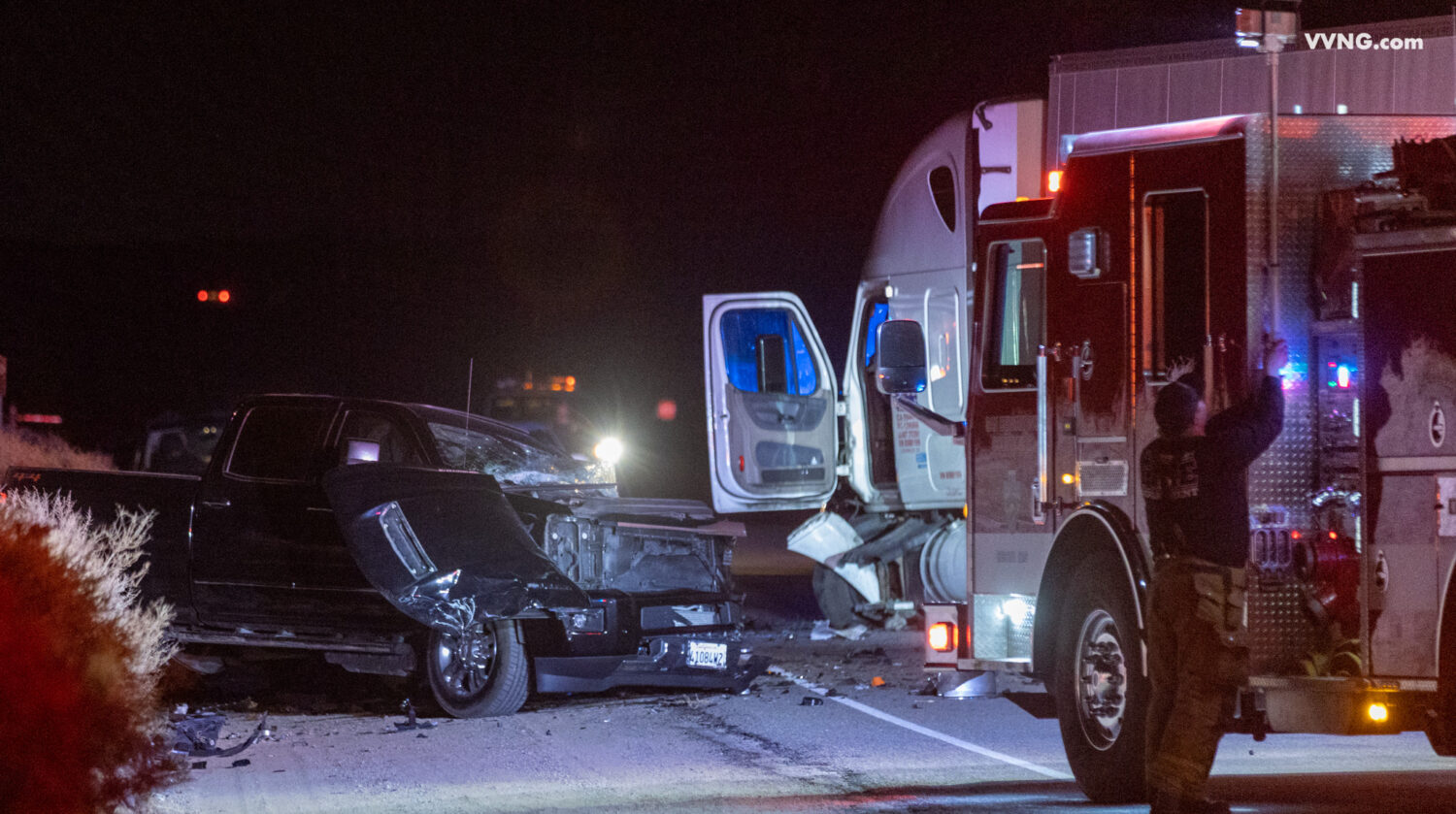 The other two occupants airlifted were Liam’s mother and his teenage sister. An update on their condition was not available.

HELENDALE, Calif. (VVNG.com) — One person was killed and two others were airlifted after a head-on crash involving a semi and a pick-up truck Monday night.

San Bernardino County Firefighters arrived on scene and pronounced one person deceased and reported two other occupants were still trapped.

Once firefighters freed the victims from the wreckage, they requested two helicopters to land in the roadway. The driver of the truck was transported by a Mercy Air helicopter to Antelope Valley Hospital and a second person was airlifted to Arrowhead Regional Medical Center.

Additionally, emergency workers reported that approximately 30 gallons of fuel that spilled on the right shoulder of the roadway was contained.

National Trails Highway was shut down in both directions and a hard road closure was requested to be placed for an extended duration of time.

The official cause of the accident remains under investigation by the California Highway Patrol Barstow station. Additional information will be updated as it becomes available.