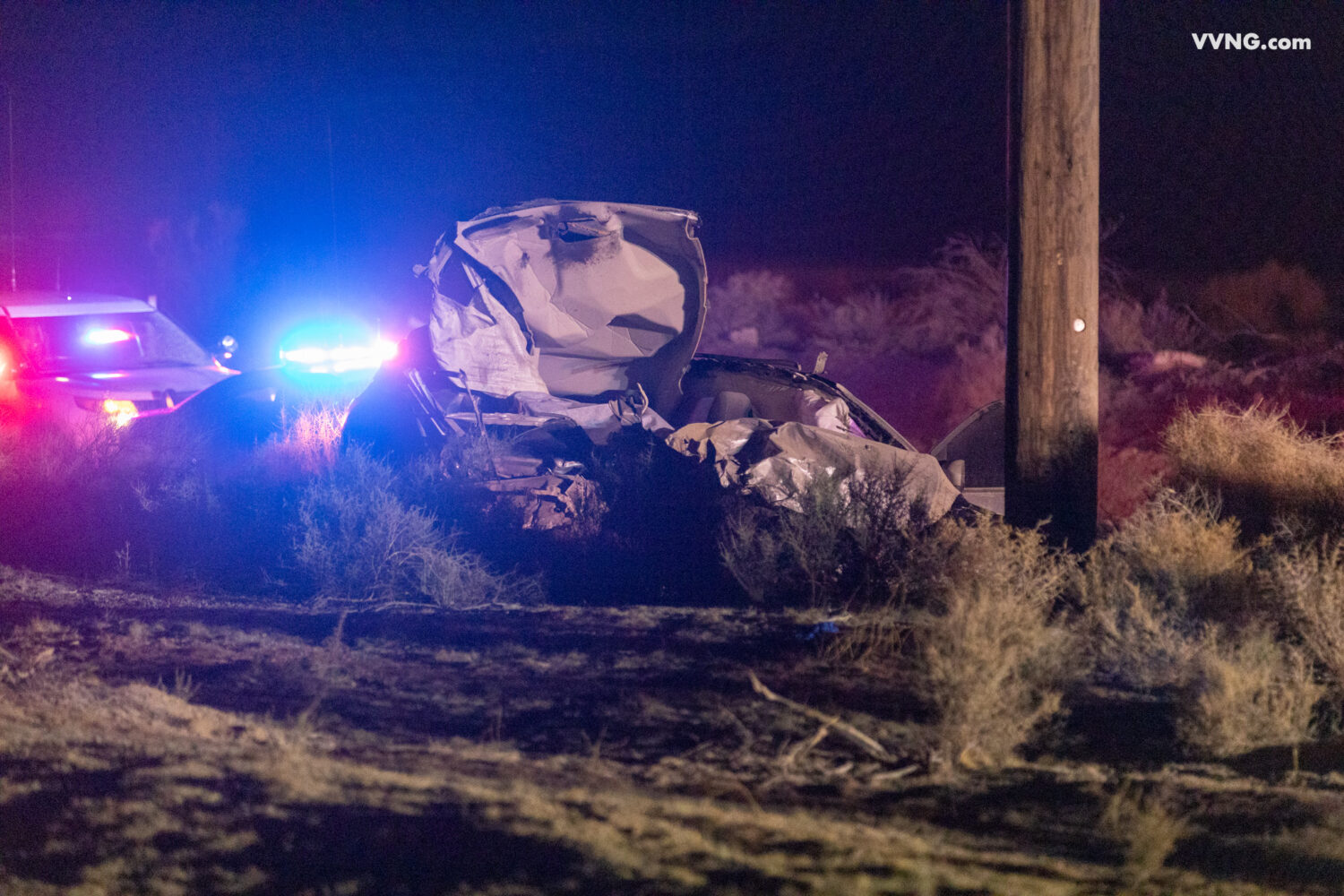 The right-front passenger in the Ford Escape, Nickayla Justine Abarca, a 17-year-old resident of Hesperia, was pronounced dead at the scene at 5:57 PM.  The collision was under investigation by California Highway Patrol.

ORO GRANDE, Calif. (VVNG.com) — One person was killed and two others were airlifted after a head-on traffic collision in Oro Grande.

According to the California Highway Patrol incident logs, the vehicles involved in the head-on collision were described as a white Ford F-150 and a gray sedan. Per the logs, one vehicle went into the embankment and the other was described as a ball of metal.

San Bernardino County Firefighters responded to the scene and reported one person was deceased at the scene and extrication would be required for other occupants trapped in the vehicle.

Fire crews requested two medical helicopters to respond and land near the site of the accident.