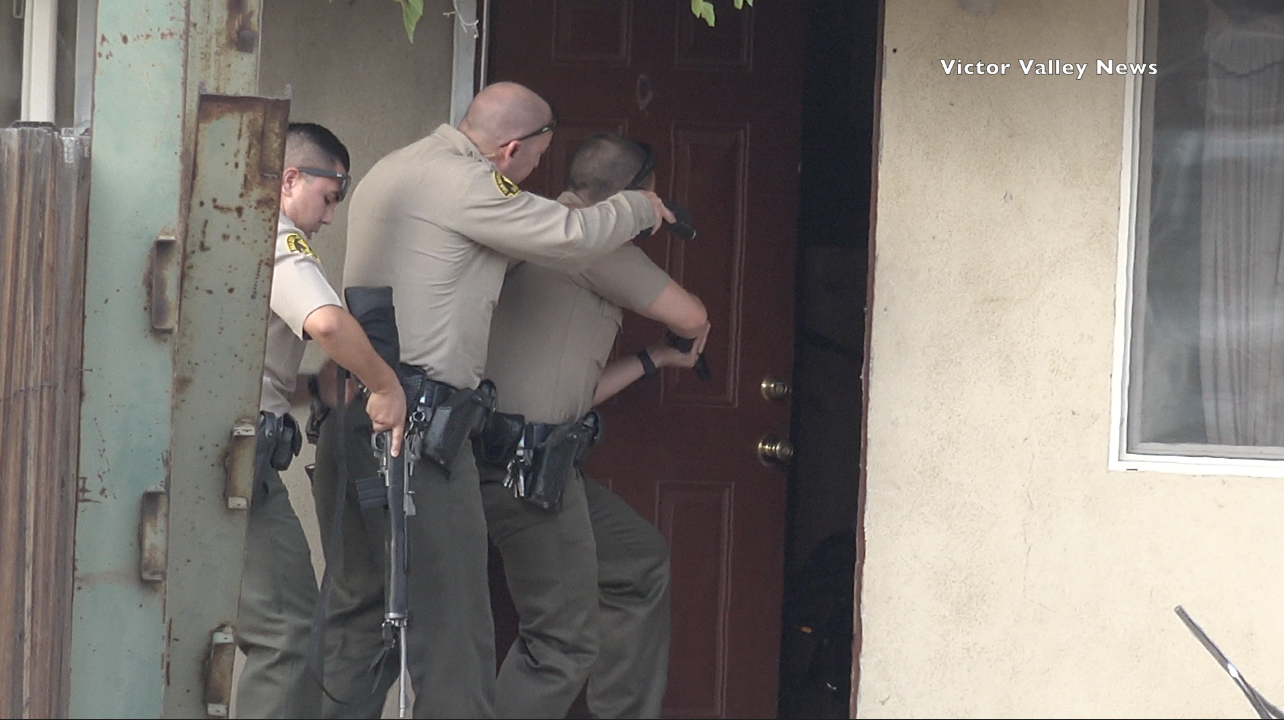 VICTORVILLE, Calif. (VVNG.com) A double shooting left one person dead and another man fighting for his life Thursday evening.

Just before 6 pm on July 6, 2017, deputies responded to shots fired at an apartment located on the 15600 block of Hesperia Road and C Street.

When Deputies arrived on scene they located two victims suffering from gunshots wounds. One person was pronounced dead at the scene, authorities confirmed.

The second victim was transported by ground ambulance to Victor Valley Global Medical Center with major life-threatening injuries and required CPR. He was then airlifted to a trauma center.

Two men were detained from an apartment unit at gunpoint, however, it’s unclear if they had any involvement in the crime.

On July 1, authorities responded to a fatal shooting in the same area that claimed the life of a Victorville man.

C Street was closed between Hesperia Road and 10th Street and is expected to remain closed for the remainder of the night.

The Sheriff’s Homicide Detail Team was requested to assume the investigation.

Victorville man thrown from motorcycle after crash remains in hospital