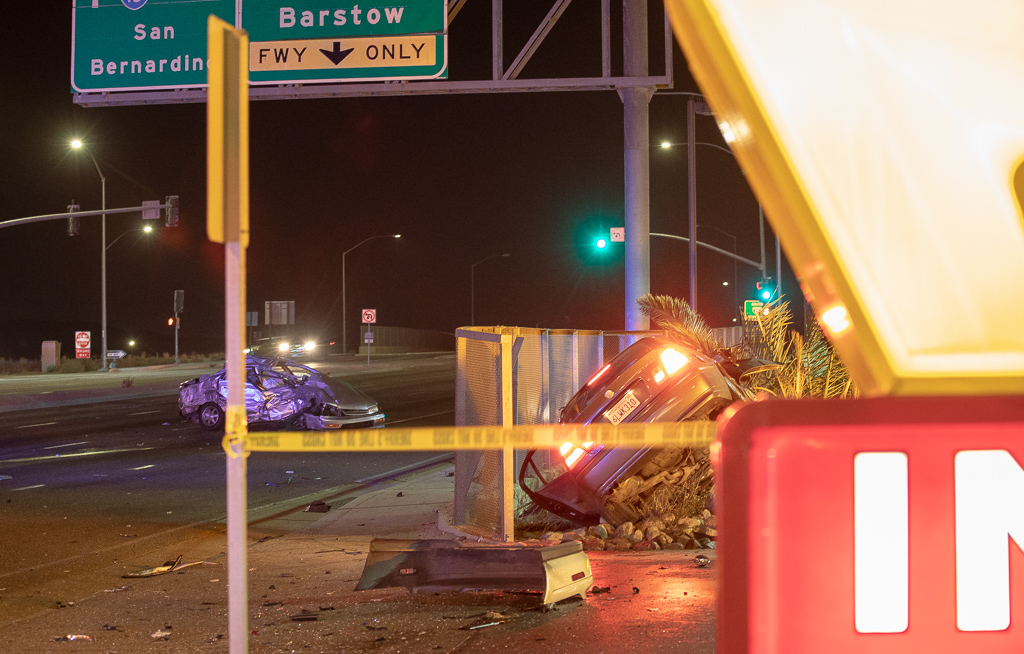 HESPERIA, Calif. (VVNG.com) — One person was killed and a second was airlifted following a major crash near the In-N-Out Burger in  Hesperia.

It happened just after 8:00 pm on October 12th at the intersection of Mariposa Road and Main Street  and involved a silver 1994 Honda Accord and a 2002 BMW 3 series.

According to multiple witnesses, the BMW was traveling westbound on Main Street at a high rate of speed, ran the red light, and t-boned the Honda as it crossed through the intersection.

The BMW came to a stop after colliding with a large palm tree in the In-N-Out parking lot and knocking it over.

Witness, Ashleigh Hunt, commented and said she ran to the silver car and checked on the young mans pulse. “I’m in so much shock , I wish there was more I could’ve done.”

San Bernardino County Firefighters arrived and pronounced the male deceased at the scene.

Mercy Air 2 landed in a vacant dirt lot at Bishop and Poplar, just off US Highway 395 and airlifted one patient to Loma Linda University Medical Center in critical condition.

Westbound traffic at Main Street is being detoured around the crash at Mountain Vista Avenue and down to Mariposa Road.

The Sheriffs Major Accident Investigation Team (MAIT) are investigating to determine what caused the crash.