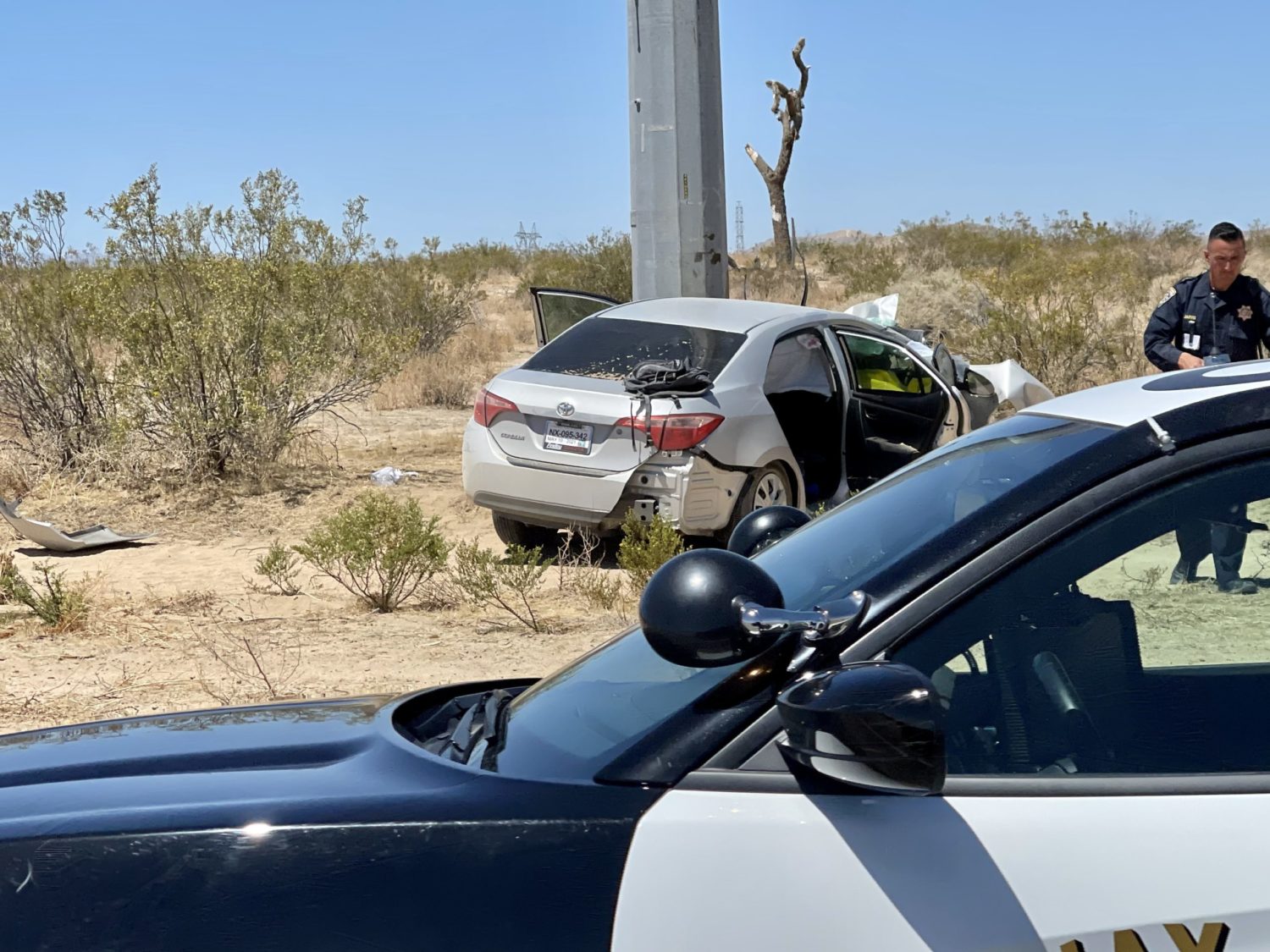 ADELANTO, Calif. (VVNG.com) — The California Highway Patrol is investigating a crash on Highway 395 that left one person dead and another critically injured Sunday.

According to a witness, the vehicle was traveling southbound and passing in the dirt at a high rate of speed moments before seeing a large dust cloud. Good Samaritans ran to help the two occupants described as a male driver and a female passenger.

San Bernardino County Fire responded and requested a helicopter to land at the scene. The female passenger inside the vehicle was pronounced deceased.

Helicopter Reach 13 landed nearby and airlifted the driver to Arrowhead Regional Medial Center.

The Victorville CHP Station is investigating the crash and anyone with information is asked to call 760-241-1186.