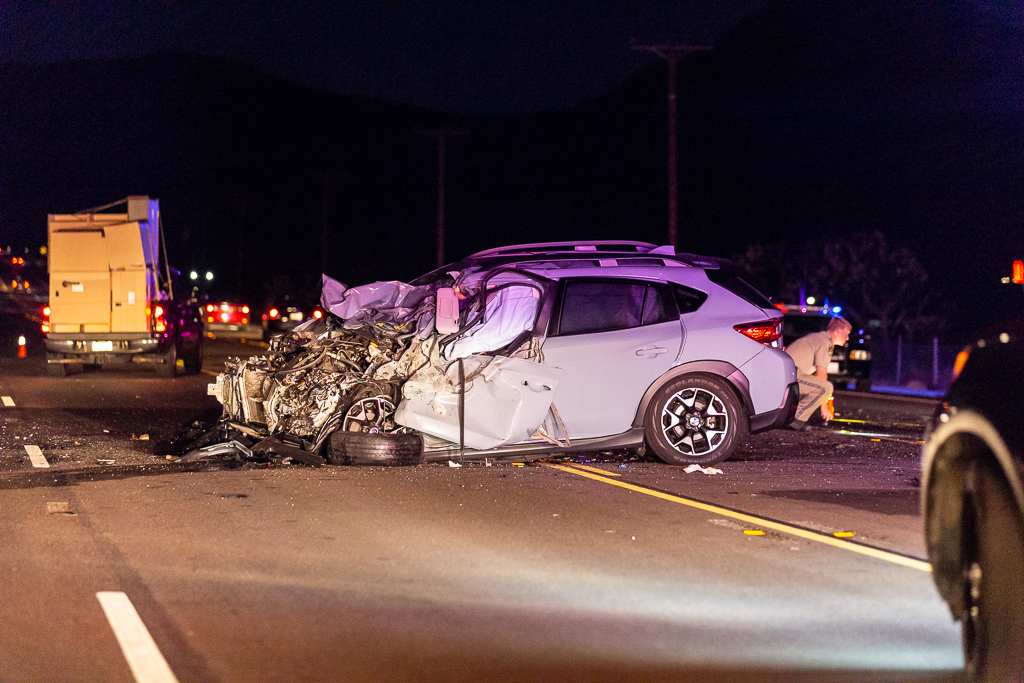 PHELAN, Calif. (VVNG.com) — One person was killed and a second was airlifted following a head-on crash Wednesday night in Phelan.

The collision was reported at about 5:17 p.m. on Highway 138 just east of Sayle Road and involved two vehicles, a white 2000 Toyota Tacoma pickup truck, and a light-colored 2018 Subaru Crosstek.

CHP officials said there was only one person in each vehicle at the time of the crash.

The driver of the Subaru was pronounced deceased on scene by first responders.

Firefighters used the jaws of life to extricate the occupant trapped inside the pickup truck. Helicopter H325 was requested to land at the scene and subsequently airlifted the patient to Arrowhead Regional Medical Center with life-threatening injuries.

Westbound lanes of Highway 138 at mile marker 11 were shut down as Officers with the California Highway Patrol conducted the investigation. Westbound traffic was being diverted via an eastbound lane.

The identity of the deceased will be released after next-of-kin has been notified.

The official cause of the accident is under investigation by the CHP Inland Division. 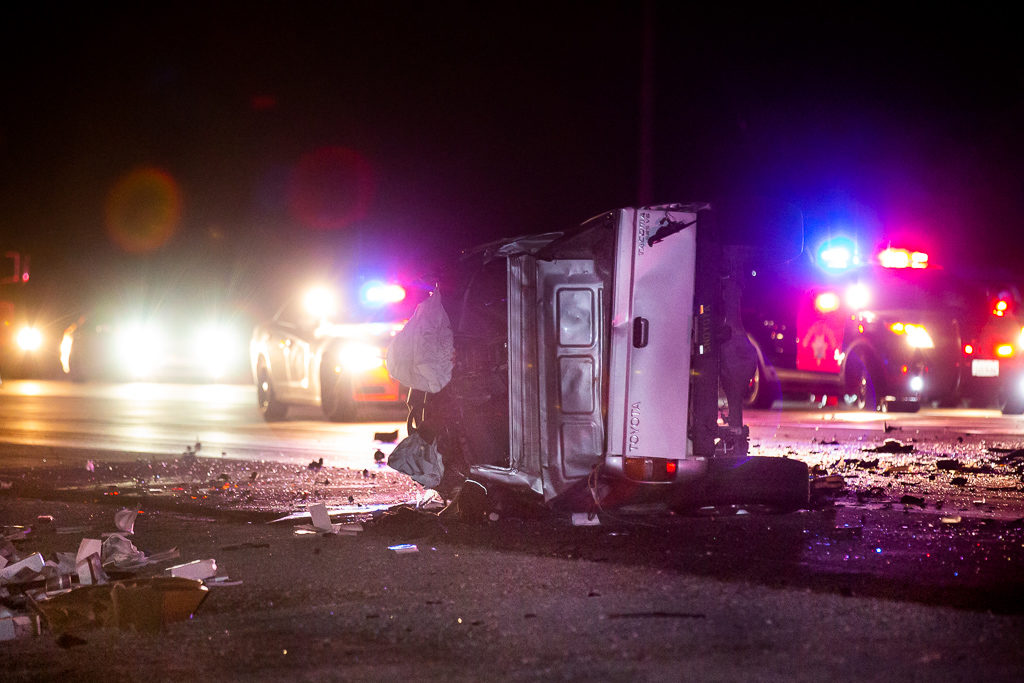 The driver of the white Toyota was airlifted to a trauma center after a head-on crash on Highway 138. (Gabriel D. Espinoza, Victor Valley News)