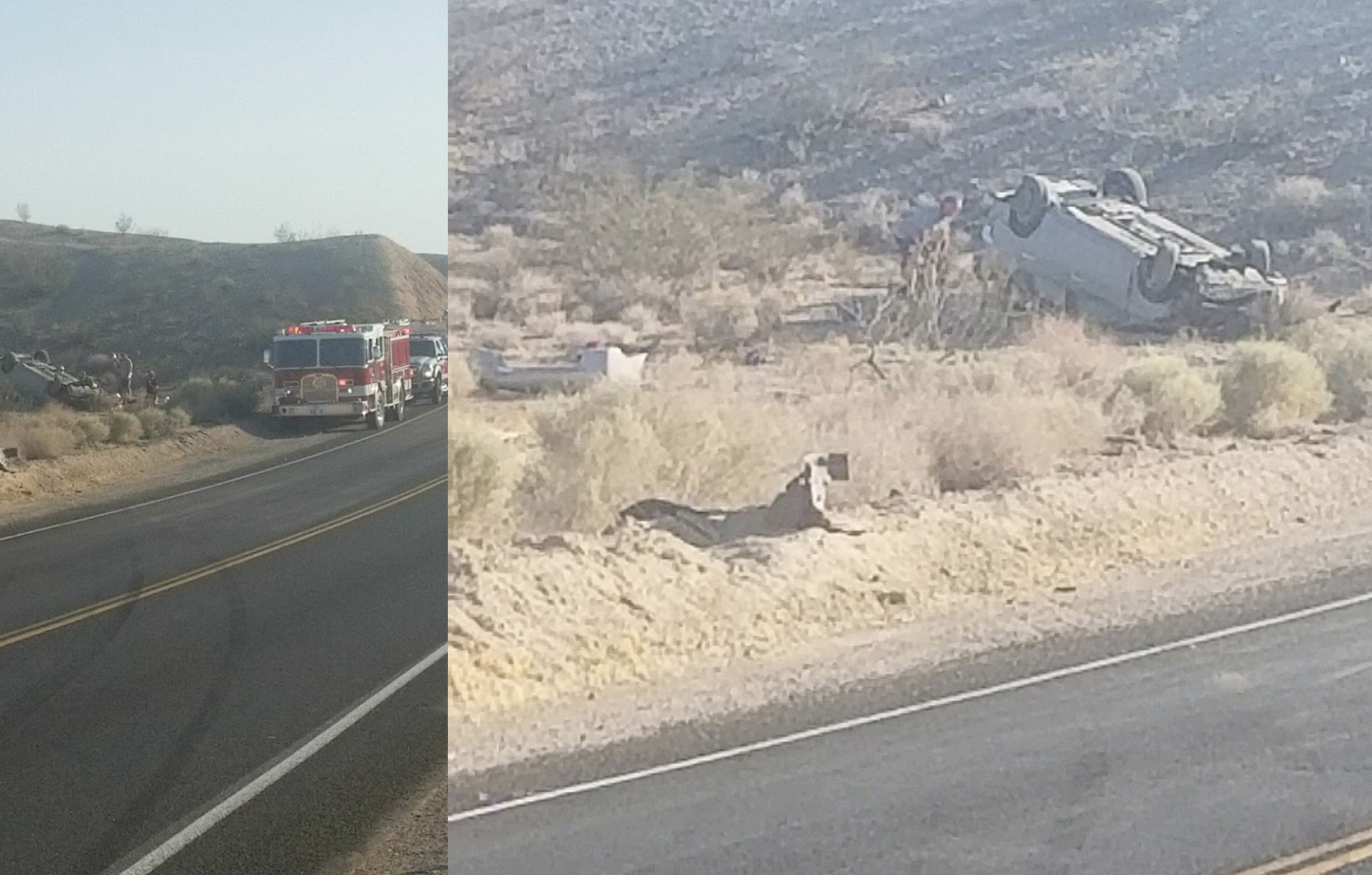 The incident was reported at about 6:10 p.m. and involved a silver 4-door sedan that was traveling on National Trails Highway just south of Murphy Company Road near the S-Curve.

According to initial reports, one person was trapped and another person was ejected. A helicopter landed at the scene to transport at least one person to Loma Linda University Medical Center. It’s unclear if there was a second person involved.

“Those curves are very dangerous if you don’t travel them often and [if you] go too fast,” said local resident Danielle Boyd in her post in the Life In Helendale/ Silver Lakes, CA group on Facebook.

“Too fast is an understatement. I moved out of his way and he passed me like I was parked,” Steve Cardinalli said in response to Boyd’s post.

According to the California Highway Patrol logs, drugs/ and or alcohol is suspected to be a contributing factor in the collision.

A media request to CHP and the San Bernardino County Fire Department requesting additional information has been placed.

Related Topics:Helendale News
Up Next

Video: SigAlert issued after crash on northbound I-15 in Cajon Pass