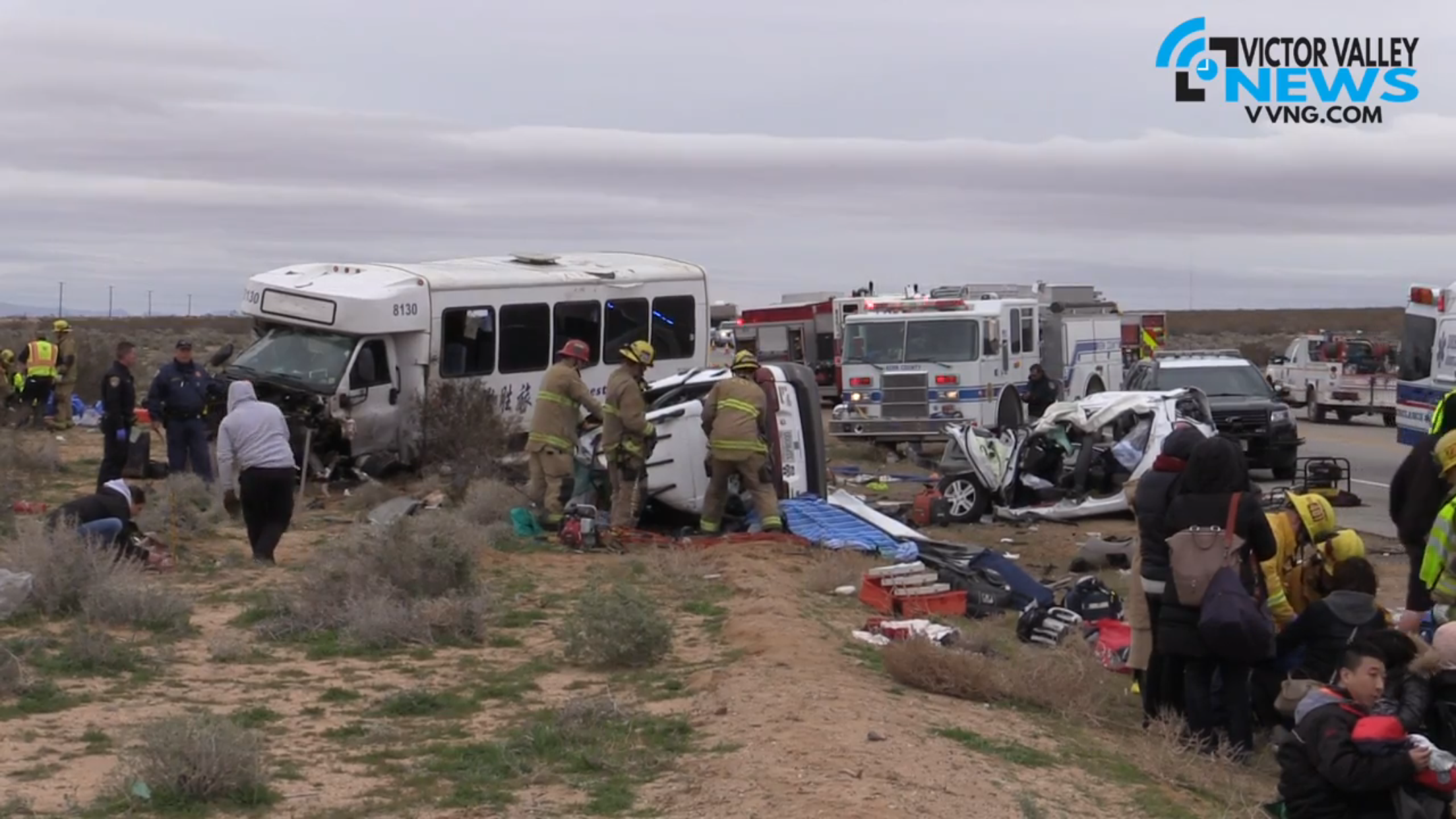 Boron, California (VVNG.com) One person is dead and over a dozen people are injured after a tour bus crashed with 2 other vehicles on Monday afternoon on Highway 58.

One person was pronounced dead at the scene, 21 people said to be injured with latest 6 of those being listed in critical condition, and extrication was in progress for others victims.

Nine ground ambulances and four helicopters were requested to transport the patients to unknown hospitals.

However, due to weather all helicopters have declined to transport patients, prompting a disaster for those needing critical medical treatment.

Issues are also arising after several ambulance companies were at level

The California Highway Patrol shut down Highway 58 in both directions as they work the scene.

Story is developing. Check back for updates.