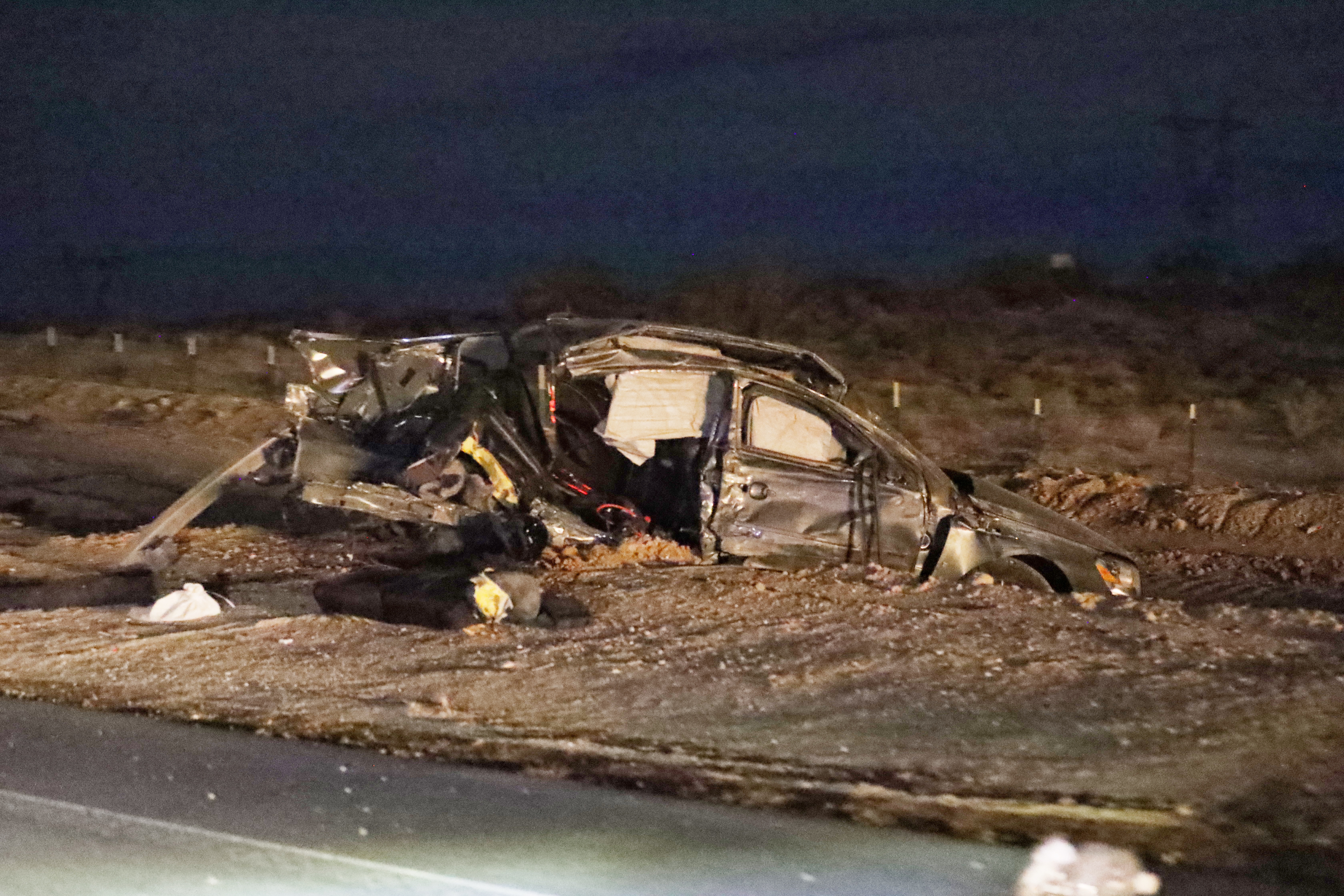 KRAMER JUNCTION, Calif. (VVNG.com) At least one person was killed and several others injured in a two-car crash Friday.

San Bernardino County Fire and the California Highway Patrol responded to the scene and located two vehicles with major damage, a red compact SUV and a gray sedan.

One person was declared deceased on scene.

Two helicopters that were initially requested were later cancelled. In all, emergency personnel treated at least 7 people.

Witnesses who called 911 advised one vehicle was trying to pass and went head-on with another vehicle, according to the CHP incident logs.

CHP officials provided traffic control while they investigated the crash.

The cause of the collision is under investigation.